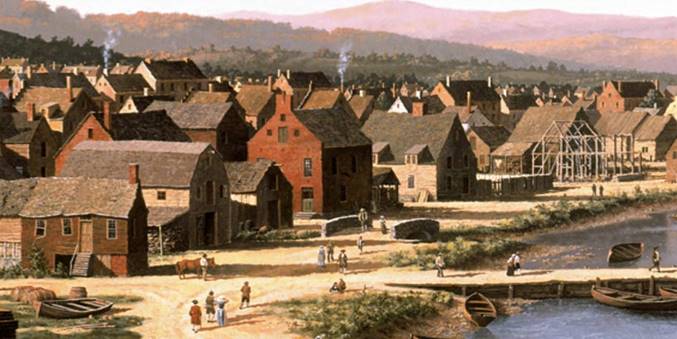 FROM NETHERLANDIC TO DUTCH COLONIAL: The Story of an Evolving House Style in America

The New Amsterdam History Center together with the Holland Society of New York invites you to an online talk: FROM NETHERLANDIC TO DUTCH COLONIAL: The Story of an Evolving House Style in America

Join for a Conversation featuring

About This Event
Architectural-style labels can be both confusing and misleading. What is the difference between a house now commonly labeled Dutch Colonial and a house built by the settlers of New Netherland during the Dutch Colonial period (1624-1664)? Join us for a lavishly illustrated conversation with architectural historian Jeroen van den Hurk and historical artist Len Tantillo to explore how 17th-century architecture from the Dutch Republic was adapted by immigrants in the New World. And how by the end of the 19th century, rediscovery of these Dutch roots led to a reappraisal of this architectural heritage and ultimately to the popular Dutch Colonial Revival style of architecture during the first half of the 20th century.