From December 7 until December 10, the New Literature From Europe Festival will take place with the participation of Tommy Wieringa

From December 7 until December 10, the New Literature From Europe Festival, supported by the Dutch Foundation for Literature, will take place in New York with the participation of Dutch novelist Tommy Wieringa and Dutch translators Marjolijn de Jager and Annemarie Mattheyse.

About the New Literature From Europe Festival

The New Literature from Europe Festival is an annual celebration of writing from across the European continent. Featuring readings and discussions between leading and emerging literary voices from Europe, and some of America’s foremost writers and critics, the Festival celebrates important new European literature in translation. Founded in 2003, the NLE Festival has quickly become one of New York City’s top literature in translation events, attracting award-winning, best-selling and new authors from many diverse European countries each year. The NLE Festival is jointly organised by the European Union National Institutes for Culture (EUNIC) and New York-based European cultural institutes.

Tommy Wieringa is one of the featured authors at the festival. He will participate in three talks. The first session he will participate in is ‘The Translation Slam’ at Nuyorican Poets Cafe on December 7 (7:30-9:00 PM). Finally literary translators are emerging from the shadows to share some of the fame enjoyed by authors. The evening will be about pitting titan translators in a head-to-head battle as they transform narratives from one language to another. This not-to-be-missed evening explores the nuance of language and the meaning of words as four translators go to battle over words and their meaning when they discuss and defend their interpretations of short texts by Tommy Wieringa and one other author. Two of the partakers in the Translation Slam will be Dutch translators Marjolijn de Jager and Annemarie Mattheyse. They will go head-to-head with one another, battling it out over Tommy Wieringa’s work.

On December 8 (7:30-8:30 PM) at The Center for Fiction, Wieringa will be part of ‘Coming of Age: A Conversation with Colin Barrett and Tommy Wieringa’. In this conversation about friendship and youth, of families and their scars, and the portrayal of a very particular time in a young boy’s life, Wieringa will share his thoughts, having used similar themes in his novels ‘Little Caesar’ and ‘Joe Speedboat’.

Finally, on December 10 (3:00-4:00 PM at Scandinavia House), Wieringa will join the conversation on Character Building: What’s the secret to making characters come to life, inhabit life-like bodies and feel life-changing emotions? What’s the magic that goes into making the description of a person in words spring to three-dimensional life? Wieringa and other authors will lean in on this writer’s dilemma.

Tommy Wieringa (born 1967) is the author of ‘Alles over Tristan’ (Everything About Tristan, 2002) and the book that propelled his breakthrough to a wide audience, ‘Joe Speedboat’ (2005). His travel stories were collected in ‘Ik was nooit in Isfahaan’ (I Never Went to Isfahan, 2006). In 2007, ‘De Dynamica van Begeerte’ (The Dynamics of Desire) was published, a study into the origins of desire and the major role of pornography in the modern world. Tommy Wieringa’s works have been translated all over the world, into languages such as Hebrew, Korean, French, German, and English. Marjolijn de Jager was born in Indonesia, raised in the Netherlands, and has been residing in the US since the age of 22. She translates from the French and Dutch language and is now self-employed as a translator. Among her honors are NEH grants and the ALA Distinguished Member Award for scholarship, teaching, and translations of African Literature. Annemarie Mattheyse was born and grew up in South Africa, where she majored in French and German at Stellenbosch University, earning an Honours degree in French in 2003. When the opportunity arose to move to the Netherlands, she added Dutch to the list. While there, she began her career as a translator, focusing on Dutch and French to English. She developed connections in the Dutch and Belgian film industries, and regularly translates film scripts, treatments, and other materials in addition to her day job as a localization specialist at a tech company. A naturalized Dutch citizen, she has lived in the US since 2010. 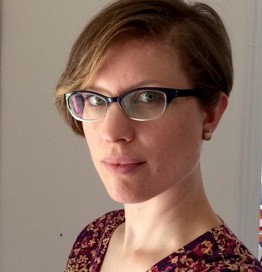