On October 5, from 6:00 pm – 8:30 pm at the Atkins Auditorium there will be a talk and screening of “Hieronymus Bosch: Touched by the Devil”. More information click here.

Join Rima Girnius, Associate Curator, European Painting and Sculpture, as she discusses the importance and popularity of Hieronymus Bosch.  She will also share the once-in-a-lifetime story about how a team of researchers determined that The Temptation of St. Anthony, a painting then in Nelson-Atkins storage, was an authentic and rare work by the 16th-century master.

Immediately following the talk, enjoy a screening of the 2016 film Hieronymus Bosch: Touched by the Devil.  The documentary follows the Dutch art historians who researched and authenticated Bosch’s works ahead of exhibitions celebrating the 500th anniversary of the master’s birth at the Noordebrandts Museum in Den Bosch, Netherlands, and the Prado in Madrid, Spain.

For the first time since its reattribution, Hieronymus Bosch’s The Temptation of St. Anthony will go on view at The Nelson-Atkins Museum of Art in Kansas City on June 30. It will be shown with Christ Crowned with Thorns, an early Netherlandish painting recently confirmed as an autograph work by Albrecht Bouts. Both panels came into the Nelson-Atkins collection as original compositions, but scholars subsequently thought they were by assistants or followers. Stylistic analysis, as well as the use of scientific techniques, demonstrated that the paintings were consistent with other known works by the artists. What Lies Beneath: Rediscovering Hieronymus Bosch and Albrecht Bouts is the first time the two paintings will be shown to the Kansas City public since the confirmation of their attributions.

“The significance of these two recent attributions, made possible through scientific and scholarly research, cannot be overstated,” Julián Zugazagoitia, Menefee D. and Mary Louise Blackwell CEO & Director of the Nelson-Atkins. “We are delighted to celebrate these transformative achievements with Kansas City and the international arts community as we see these paintings with new eyes.”

The Temptation of St. Anthony was lent in February 2016 to Het Noordbrabants Museum in Den Bosch, The Netherlands, which is Bosch’s hometown, for a major exhibition commemorating the 500th anniversary of the artist’s death. For several years prior to that exhibition, the Bosch Research and Conservation Project (BRCP) had been conducting extensive research into Bosch’s work. Intrigued by certain details in the panel, they traveled to Kansas City in September 2015 to study The Temptation of St. Anthony in person. With the assistance of Rima Girnius, Associate Curator of European Painting, and Scott Heffley, Senior Conservator, Paintings, they performed a series of tests to make their final determination. 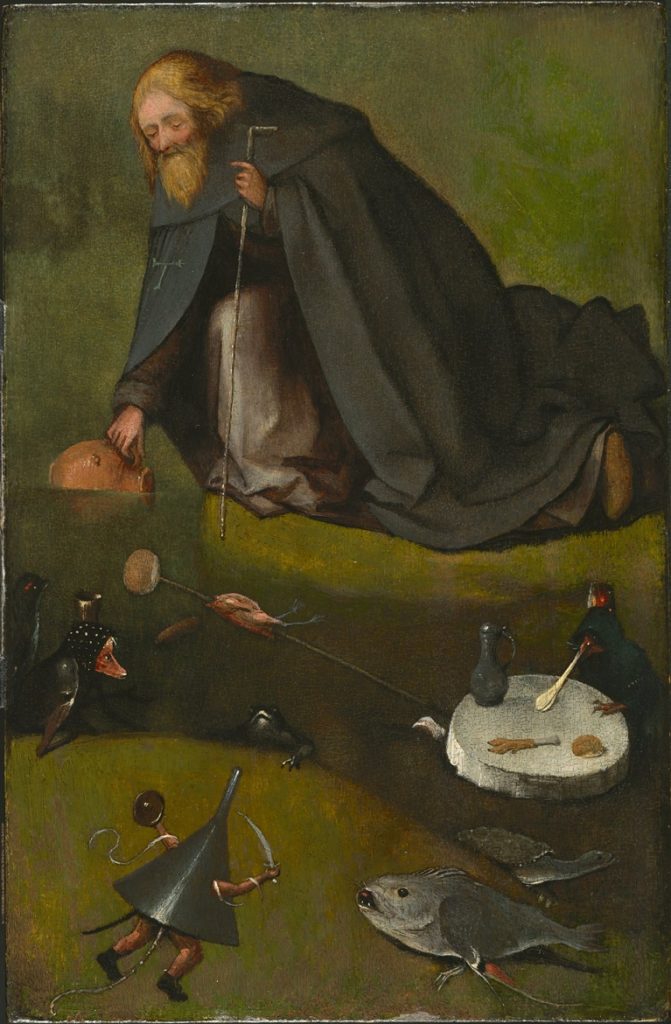 Christ Crowned with Thorns was most recently requested for the 2017 exhibition Blood and Tears–Albrecht Bouts and the Face of Passion, organized in collaboration with the Royal Institute for Cultural Heritage in Brussels. The exhibition opened at the National Museum of History and Art Luxembourg before traveling to the Surmondt-Ludwig-Museum in Aachen, located in northern Germany. The curator of Blood and Tears, Valentine Henderiks, is the world’s leading scholar on Albrecht Bouts and long suspected that the painting was by Bouts rather than someone affiliated with the artist, and said as much in her catalogue raisonné. Careful study of the painting and comparisons with works produced by the artist and his workshop confirmed her earlier impression.

Albrecht Bouts (1451/55-1549) was the youngest son of Dirk Bouts (1415-1475) and was trained in his father’s studio in Leuven. He inherited his father’s workshop in 1475 and ran it until his death in 1549. Albrecht specialized in painting portraits of Christ, the Holy Virgin and Saint John the Baptist for quiet contemplation.

“Christ Crowned with Thorns is a very graphic, very beautiful representation of Christ,” said Girnius. “Details such as the rivulets of blood streaming down his face and the thorns piercing his skin would have encouraged the devout to identify with the suffering of Christ, allowing them to develop a more personal connection with the divine.”

Images such as Bouts’ Christ Crowned with Thorns reflected the popularity of religious movements that emphasized the private, devotional function of images. This painting is one of five similar portraits of Christ developed by Bouts and reproduced by his workshop in large numbers. 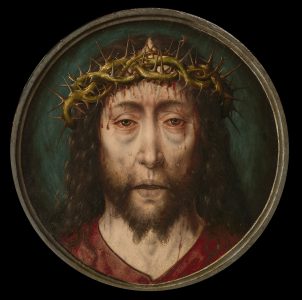 About The Nelson-Atkins Museum of Art

The Nelson-Atkins in Kansas City is recognized nationally and internationally as one of America’s finest art museums. The museum, which strives to be the place where the power of art engages the spirit of community, opens its doors free of charge to people of all backgrounds. The museum is an institution that both challenges and comforts, that both inspires and soothes, and it is a destination for inspiration, reflection and connecting with others.

The Nelson-Atkins serves the community by providing access to its renowned collection of nearly 40,000 art objects and is best known for its Asian art, European and American paintings, photography, modern sculpture, and new American Indian and Egyptian galleries. Housing a major art research library and the Ford Learning Center, the Museum is a key educational resource for the region. In 2017, the Nelson-Atkins celebrates the 10-year anniversary of the Bloch Building, a critically acclaimed addition to the original 1933 Nelson-Atkins Building.