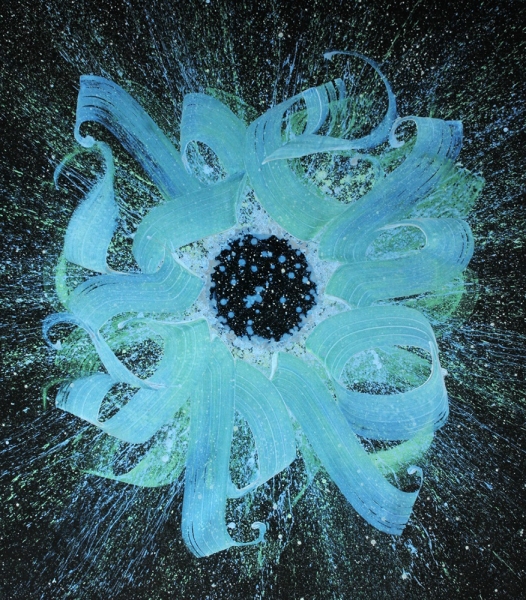 From July 12 until August 9 White Walls presents the solo exhibition ‘The Unearthly Paintings‘ by Amsterdam-based Calligraffiti artist Niels Shoe Meulman. The opening reception will be held on July 12, 7-11pm. 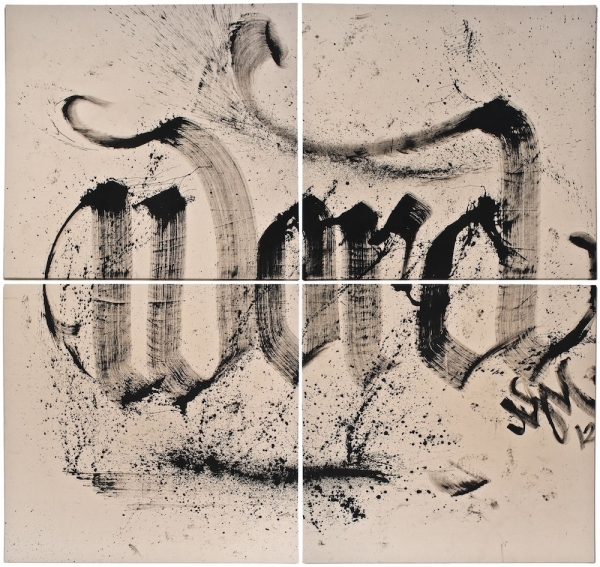 In his third solo exhibition with White Walls, Niels Meulman (Shoe) expands on his philosophical musings on existence, outer space and science through a new series of typographical paintings.

These majestic paintings are a continuation of the signature style Shoe is best known for: a medieval style of “Calligraffiti” in which he uses the prefix, “un” as a symbol of reversal and words as images to express abstract ideas. However, in this body of work, Shoe also introduces new aspects such as technologically advanced paint and a non­linear writing order.

From the artist: “Art, science and religion have a common origin; the unknown. My latest pieces touch on subjects like ‘anti­knowledge’ and ‘the great doubt’. This exhibition is an exploration to find mysticism in science. Particle accelerators are modern cathedrals for people who believe in quantum mechanics. With every discovery, more questions arise. Scientific findings of the lastdecades are more fantastic than all of the fables in religious books put together.”

For Shoe, whether we are looking to the stars or to the atoms, we’re always connecting the dots on the path to logic. In The Unearthly Paintings, the artist attempts to make sense of it all by trying to find connections between reality, consciousness and observations through artistic expression.

Also included in the exhibition will be a series of unique works on paper with the marking 35 Years of Shoe as the artist celebrates the momentous anniversary.

Born in Amsterdam in 1967, Niels Meulman is an internationally known artist, designer, and art director. Meulman began tagging in 1979 and became a graffiti legend by the time he was 18. Known as ‘Shoe’ within the graffiti community, his work evolved into a business for lettering and he furthered his technique by apprenticing under the Dutch graphic design master, Anthon Beeke. Meulman revolutionized the art of writing with Calligraffiti, an art form that fuses calligraphy and graffiti. Widely acclaimed, Meulman’s designs and artwork are in the permanent collections of the Stedelijk Museum in Amsterdam and The San Francisco Museum of Modern Art.