Noorderlicht presents “The Sequel” | at Photoville 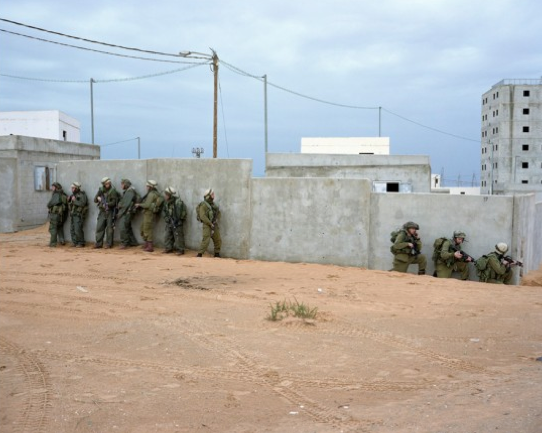 Photographers know the frustration better than anyone else: you have invested a lot of time in a subject but know that all you have done is scraped the surface of a much more complex story. With support from the Mondriaan Fund, Noorderlicht offered seven Dutch photographers the chance to return to a subject close to their heart and deepen, sharpen or nuance their work on it with a new series.

The Sequel offers scope for young talent and old masters, different generations which together have a greater story to tell, making use of both classic and modern means. Noorderlicht shows how innovation stands on the shoulders of tradition, and that the history of photography is a rich and uninterrupted continuum. In defiance of the often invoked ‘crisis in documentary photography’, The Sequel dives deep under the surface.

Ad van Denderen photographed the construction of the newly built Palestinian city Rawabi, and in doing so provides an acid counterpoint to his earlier series on Baladia City, training city of the Israeli army.

Pieter ten Hoopen returns to the mythic city of Kitezh in eastern Russia.

Christian Kryl adds a new layer to his ongoing work about the international jet set and the places they traditionally visit.

Kadir van Lohuizen returns to a Moroccan family in Amsterdam whose life he recorded twenty years ago.

Andrea Stultiens follows and recontextualizes the trail of Paul Julien (1901-2001), who during dozens of trips to Africa produced an archive of photos, films, texts, books, anthropometric data and blood samples of the peoples he encountered.

Until 2007 Lidwien van der Ven worked considerably in the Middle East, and now records in a personal manner what has changed there in the aftermath of the Arab Spring.

Xiaoxiao Xu deepens a previous, emotionally charged series about her city of origin, the Chinese port of Wenzhou.

Noorderlicht is a versatile, passionate and outspoken photography institution which combines true photographic quality with social engagement and a critical voice.

With the annual Photofestival and the Photogallery in hometown Groningen, Noorderlicht is an international platform for any professional photographer who has a story to tell – documentary or otherwise. Its exhibitions and commissions cover the entire world, unearth new talent and create a link between photographers, curators and media.

With a sharp eye for new developments, but averse to trends and hype, they devote attention to photography of the world and to the world of photography.
Noorderlicht organizes commissions and masterclasses, provides an educational program and its publishing arm Aurora Borealis publishes catalogs and photo books, its exhibitions tour worldwide.