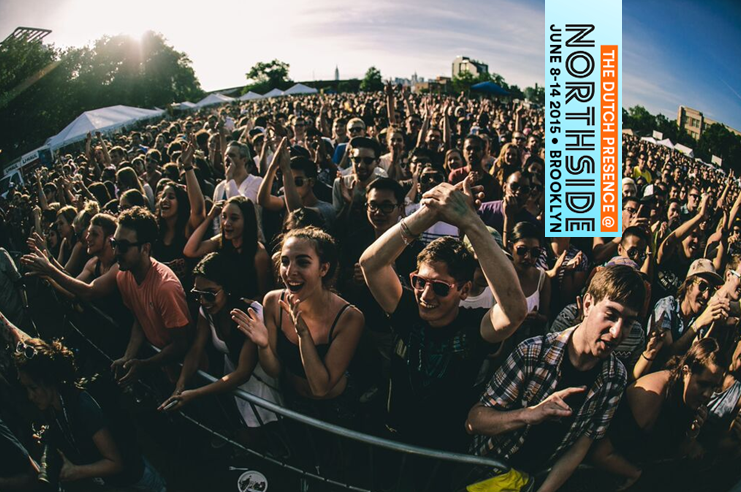 During a mission to New York of the city of Amsterdam, vice-mayor Kajsa Ollongren and her Brooklyn counterpart Eric Adams shall endorse the signing of an MoU between the founders of Northside Festival in Brooklyn and the initiators of Northside Festival Amsterdam. The agreement will kick off an annual exchange of the avant-garde in the fields of music, food and innovation between New York and Amsterdam. The first edition of Northside Amsterdam shall be organized in the heart of thriving North from 16-18 September 2016. Vice-mayor Ollongren expects the collaboration to reinforce the cultural and socio-economic ties between the 2 cities.

For the initiators Syb Groeneveld and Hugo Zwolsman, the comparison between Brooklyn and Amsterdam North is very obvious. ‘The rise of creative North shows a striking similarity with the transformation that Brooklyn, and in particular the neighborhood Williamsburg, has undergone in the last fifteen years. The uniqueness of Amsterdam North lies in the combination of the presence of both big R&D companies such as Shell and Albemarle, and the dynamic make-industry, in which music, film, 3D printing and circular economy are the core. Northside Amsterdam aims to be a stimulant to this development.

For Scott and Daniel Stedman, the founding brothers of Northside Festival, the choice for Amsterdam North was easy: ‘While cycling through Amsterdam North we were caught by the raw dynamics there. This atmosphere matches brilliantly our philosophy of discovery and innovation nurtured by the public space. We are thrilled to see the best of our festival landing in Amsterdam North, and proud to be the host of the best The Netherlands has got to offer in Brooklyn!’

During Northside 2015, designer ByBorre will present his latest product, IJsfontein will show its Virtual Reality project and Rotterzwam will showcase its Growkit. Musicians SEVDALIZA,  Jacco Gardner and emerging DJ’s Morello Twins from the Fontys Academy for Creative Industries, will be part of the artistic Dutch delegation to this year’s Northside Festival and the music film Wolflady will be screened in Wythe Cinema. During the Williamsburg Walk, Amsterdam-based graffiti artist Niels Shoe Meulman will create a unique work of streetart together with Paul du Bois Reymond.

Neelie Smit Kroes will speak on behalf of the StartupDelta during the innovation conference, and with her, 8 Dutch start-ups will travel to New York to pitch their products.