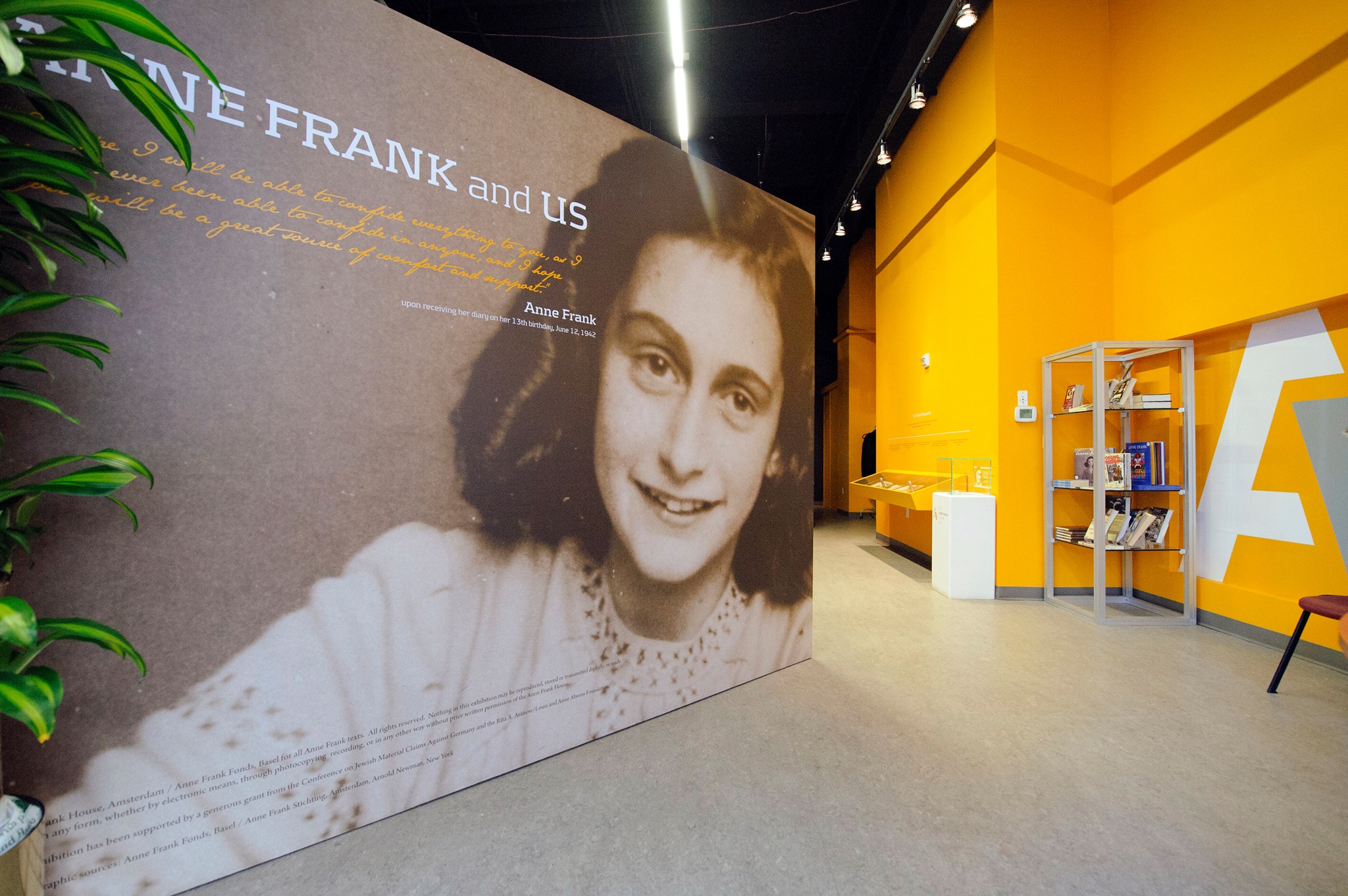 Dutch Films in Focus: Part of The Anne Frank Center's Human Rights Film Series. To mark the 70th anniversary of the liberation of the Netherlands, the Anne Frank Center USA and the Dutch Consulate, New York present this series of Dutch films on Nov 4, 10, 14 and 17.

The Anne Frank Center USA and the Dutch Consulate, New York are proud to present a series of Dutch films to mark the 70th anniversary of the liberation of the Netherlands. These four films explore the lasting impact of the Holocaust on survivors and their children; notions of nationalism and accountability; and the enduring legacy of Anne Frank. Join us for this special opportunity to see these important films prior to their international release.

A poignant documentary about the history of a family haunted by World War 2. Director Hella de Jonge reconstructs what happened to her family during, before and after World War 2 based on archival material, documents left behind by her great-aunt, and stories told by her father, the renowned jounalist Eli Asser. TICKETS

This new documentary chronicles the fate of the renowned magician Ben Ali Libi – the main character in an iconic poem by Dutch poet Willem Wilmink. On June 20, 1943, during a German raid in the south of Amsterdam, Ben Ali Libi was arrested with his family and sent to Westerbork on transit camp, and from there to Sobibor. He was one of the 34.000 Dutch Jews who died there. ‘Ben Ali Libi, Magician’ reconstructs his life, his succesful career, and the first years of World War 2 – when he performed for Jewish prisoners in Dutch labor camps – through archival footage and captivating testimonies. TICKETS

‘Secrets of War’ by Dennis Bots

Set in 1943 against the backdrop of World War 2, ‘Secrets of War’ tells a story of youth thrust into an all-too-adult world, where the loyalties and betrayals of childhood have stakes higher than anyone could imagine. Conflict rages across Europe and the Nazis have occupied the Netherlands, but for twelve-year-old best friends Tuur and Lambert, not much seems to have changed: they still go to school each day, and still play ‘war’ with their wooden guns in the forest and underground caves just outside their small village. But the realities of the conflict soon intrude on their familiar world, and jealousy sets in motion a series of events that will alter their lives forever. Both a grappin wartime drama and an affecting coming-of-age story, the film is a bittersweet ode to innocence lost.
Suggested age: 10 and up. TICKETS

‘The Magic of The Diary of Anne Frank’

Why, after all these years, is the diary of a young girl still so important to so many people? Filmed in part on location at The Anne Frank House in Amsterdam and The Anne Frank Center USA in New York, Dutch presenter Astrid Joosten travels the world to find out why Anne Frank’s diary still inspires hope. With heartfelt contributions from famous faces such as musician Gloria Estefan, Stevie Wonder, actress Whoopi Goldberg, NATO General Wesley Clark, and author Dan Brown – all people who have expressed a deep, personal connection with the diary of Anne Frank – this documentary looks closely at her enduring legacy and how the words of a young girl have inspired so many in the years since her death. TICKETS

All films in Dutch with English subtitles. Space is limited, reservations are recommended. (212) 431-7993 or e-mail to info@annefrank.com