NYC-Themed Silver Cufflinks Available in US 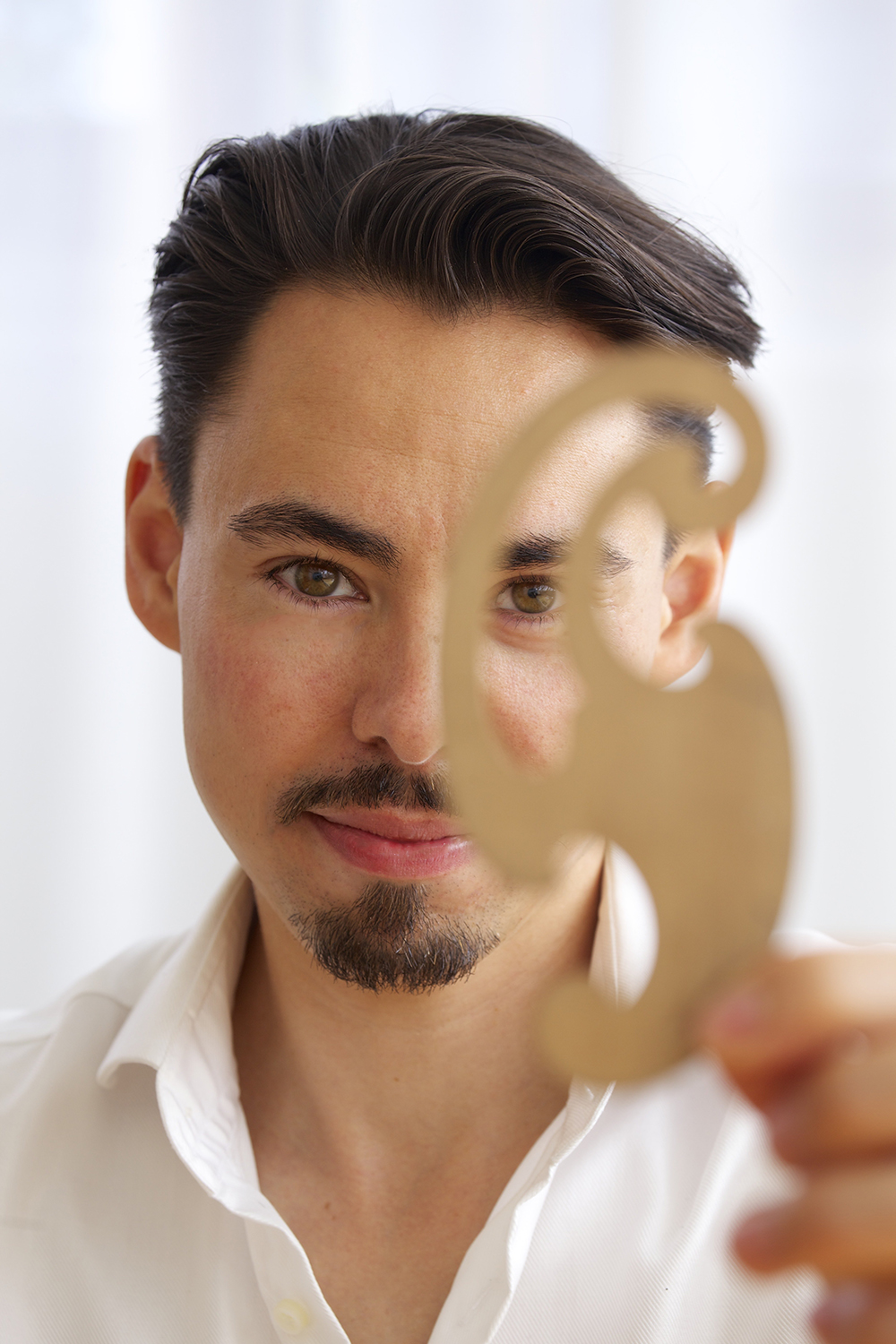 Product and accessory designer Seroj de Graaf -famous for his eye for detail- dreamed for years of cufflinks appealing to his demanding taste. He found inspiration in the diversity and beauty of the iconic canal houses in his hometown Amsterdam. The result: the Amsterdam Canal Cufflinks®.

The Mayor of Amsterdam acquired the first set, appreciated them and the rest -as they say- is history. The Amsterdam Canal Cufflinks® became an instant design classic available at premium locations in the Netherlands, including de Bijenkorf (part of Selfridges group), Rijksmuseum, and The Society Shop.

The cufflinks are an increasingly popular gift as a token of friendship or more, at weddings or student graduations. Moreover, international corporations –as well as the City of Amsterdam- present them to their very special partners all over the world. In November 2015, sets of the Amsterdam version were handed out to a selected number of C-level contacts in Japan on a trade mission headed by Prime Minister Mark Rutte, and also attended by Mayor Van der Laan, who represented the city of Amsterdam. 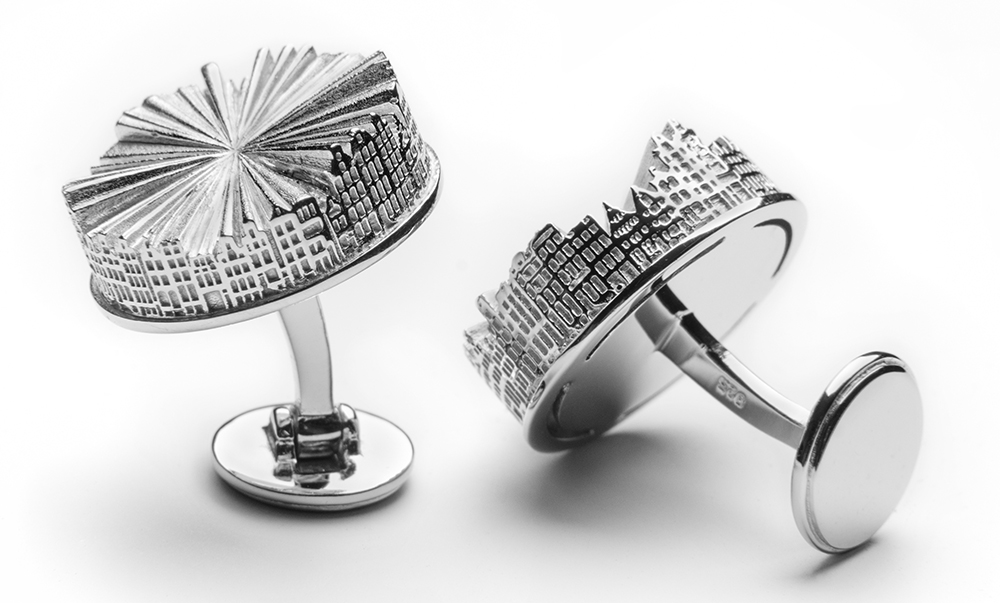 The Amsterdam Canal Cufflinks® induced the ideas for a series of world cities. So the brand City Cufflinks® was born and a company was established with co-founder Jeroen Pliester, who is not only a creative business innovator but also an admirer of –and blogger on- design and art.  Each design captures the essence of a city, creating new shapes and forms, while also staying true to certain design signatures such as the precisely-faceted top of each of the cufflinks. A shining star almost concealing the specific characteristics of the city displayed. All designed by Seroj.

The cufflinks are meant both as a practical quality men’s accessory as well as a pure object of design. It’s all in the eye of the beholder. Seroj: “In a way our design objects are miniature sculptures of world cities, also to be used as cufflinks.” Many people buy them just to put them on display as little objects reminding them of the city they love. “This is for me a nice crossover of art and design.” All cufflinks are handmade of the highest quality precious metals.  Weight, appearance and pricing of the various designs will differ.

Now in Business in NYC 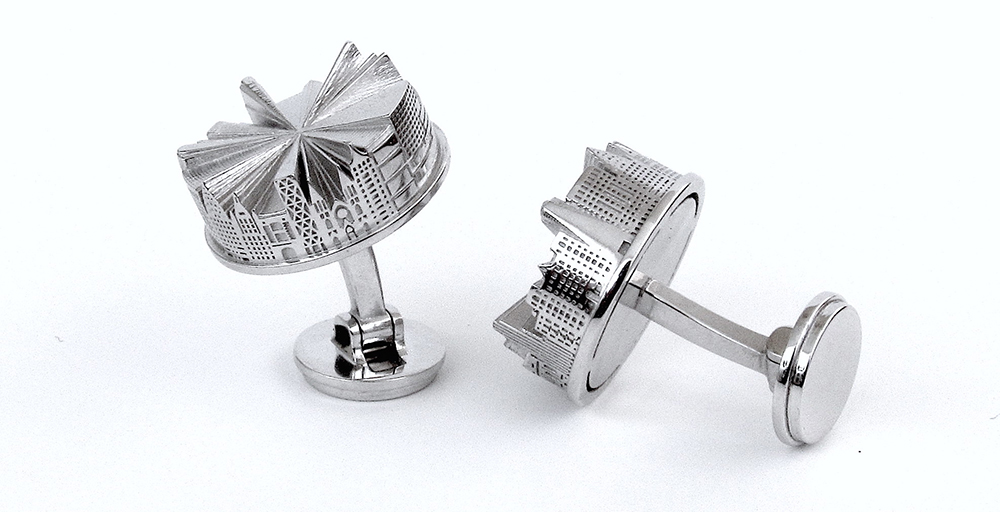 At present Amsterdam and New York are eternalized into a cufflinks design. Recently Seroj and Jeroen visited NYC to finalize the first distribution partnership. Since November the New York City Cufflinks® are available at the design stores of the renowned PROJECT No. 8. More retailer partnerships, both in NYC and US nationwide, will follow. Also, City Cufflinks® has opened a dedicated online store for NYC design aficionados. Check it out here.

New York a.k.a. New Amsterdam is for Seroj the City of Cities due to its vibrant energy. “For me, as a designer, NYC is the embodiment of ingenious innovation, combining the New World and the appreciation of the eternal classical style of buildings. I see many similarities when comparing my native Amsterdam to New Amsterdam.” During the development of the New York design Seroj was amazed by the resemblance between New York and Amsterdam. The New York City Cufflinks® are an ode to the City That Never Sleeps, yet they also remain indebted to the charm of Amsterdam. Eternally intertwined.

A unique twinset of both the Amsterdam as well as the New York City Cufflinks® was recently auctioned at the Peter Stuyvesant Ball 2015 at the Plaza Hotel NYC; a nice manifestation of the strong ties between the Dutch-American communities.