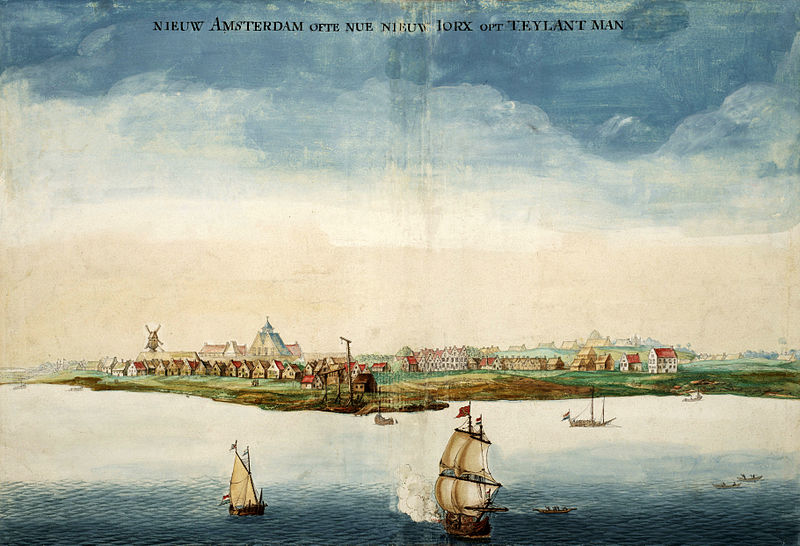 On Tuesday November 12 the New Amsterdam History Center Lecture Series will present Opening Statements; Law Jurisprudence and the Legacy of Dutch New York, a book that explores the influence of Dutch law and jurisprudence in colonial America.

No society can function without laws, that set of established practices and expectations that guide the way people get along with one another and relate to ruling authorities. Although much has been written about the English roots of American law and jurisprudence, little attention has been paid until recently to the legacy left by the Dutch. In Opening Statements, a broad spectrum of eminent scholars examine the legal heritage that New Netherland bequeathed to New York in the seventeenth century. Even after the transfer of the colony to England placed New York under English Common Law rather than Dutch Roman Law, the Dutch system of jurisprudence continued to influence evolving American concepts of governance, liberty, women’s rights, and religious freedom in ways that still resonate in today’s legal culture.

Co editor Albert M. Rosenblatt is a Judge (Ret.) of the New York Court of Appeals, a Judicial Fellow at New York University Law School, of counsel to the law firm of McCabe & Mack, and President of the Historical Society of the Courts of the State of New York as well as two contributing authors, Troy A. McKenzie and Diana diZerega Wall wil be present for a Q and A and a book signing.

Praise for the book

“Opening Statements addresses only a short chapter in the long history of America. Its judgments will not be without dispute, but then, as the eminent Dutch historian Pieter Geyl once wrote: ‘History is an argument without end.’ There can be no doubt, however, as to the value of those seeds of freedom that were deeply planted in New Netherland. They produced a revolutionary harvest that causes us to appreciate what the Dutch inspired. A small country, the Netherlands—yes—but always a powerful ally for America in the unending struggle for a well-ordered society where freedom and justice prevail.” — from the Foreword by William J. vanden Heuvel

“Opening Statements is a richly illustrated volume that offers a tantalizing and sometimes surprising view of jurisprudence in the Dutch colonial period and its lasting impact on modern life and law. A litigious people, the Dutch in New Netherland were also practical and pragmatic, turning to the law to settle disputes and to redress grievances. Opening Statements helps us understand what the Dutch rule of law meant to them, how it translated within the British legal system that was imposed after 1664, and what of it has become permanent legacy in America’s legal and constitutional system. The essays are clearly and informatively written and provide keen insight into the character of the Dutch colonial system, the values of those who lived within it, the way in which those values and cultural traditions informed their legal system and, most importantly, into the elements of that system that are still evident today.” — Christine W. Ward, New York State Archives

“A fascinating voyage through the intriguing subject of the Dutch influence on our law, jurisprudence, and the New York we know today! Remembering the English takeover in 1664, I find myself again and again asking ‘What if?’ as I conclude each essay by a world-class scholar (whose ample footnotes can carry the reader into far deeper waters), a pleasure cruise enhanced by a breathtaking array of magnificent illustrations. Yes, this captivating volume proves beyond doubt that the subject of the Dutch influence on New York deserves more than a once-a-century celebration.” — Judith S. Kaye, Chief Judge of the State of New York (Ret.)