On October 28 Matteo Imbruno will perform at St. John Nepomucene Church, on October 30 he will lead a masterclass

On October 28, 7 PM, organist Matteo Imbruno will perform works by Copland, Mendelssohn, Handel, Bach, and Franck at St. John Nepomucene Church in New York. On October 30, 7-9 PM, he will also lead a masterclass with organ students from major NYC metro area music schools. All events are open to the public and free. Click here for more information. 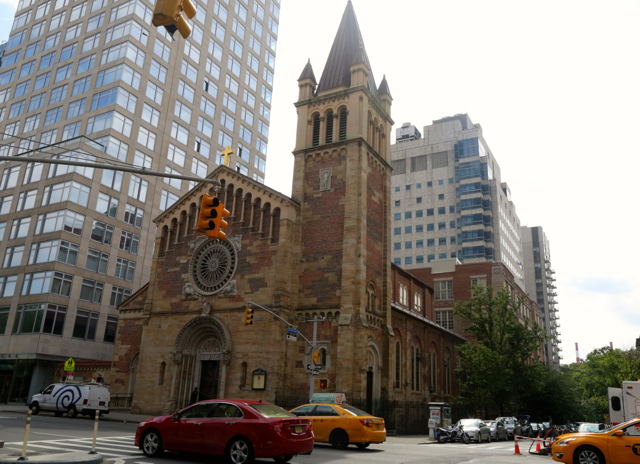 Matteo Imbruno, a native of Pietramontecorvino, Italy, studied organ in Bologna (Liuwe Tamminga), Rotterdam (Bernard Winsemius) and Lübeck (Martin Haselböck). He is resident organist of the Oude Kerk in Amsterdam, the same position that Jan Pieterszoon Sweelinck held in the 17th century. Mr. Imbruno is also the resident organist of the Museum Amsterdam Hermitage. Active as a concert performer, he has played in the most prestigious festivals and music centers of Europe, Japan, South America and the United States. Mr. Imbruno has had the regular privilege of performing duo recitals for two organs with the late Gustav Leonhardt. He was visiting teacher at the Buenos Aires Conservatory, University of Rosario, University of Mendoza (Argentina), Arizona State University (Phoenix USA) and Brown University (Providence USA). Mr. Imbruno presents masterclasses around the world and is in demand on international juries. He has recorded several CD’s on historical organs in The Netherlands and Italy, and has made recordings for the BBC Radio London. Matteo Imbruno is the artistic director of the “International Organ Competition Jan Pieterszoon Sweelinck” and of the “Fondazione Accademia di Musica Italiana per Organo (Pistoia)”.