Design Miami/, the global forum for design that brings together the most influential collectors, gallerists, designers, curators and critics from around the world, will feature Ornamentum Gallery during Miami Art Week from December 5th until December 9th at Booth G26. The Gallery will display works by Dutch artists Ted Noten, Philip Sajet and Ralph Bakker. For the full overview of Dutch presence at Miami Art Week, see our overview page. 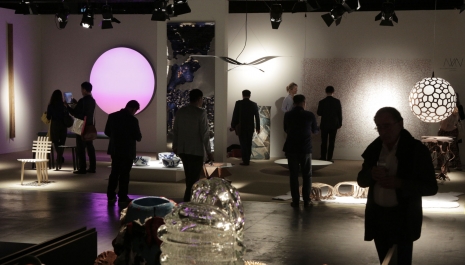 The 2018 edition of Design/ Miami finds Ornamentum returning with an exquisite selection of contemporary jewelry and object, exhibiting in a new location with a larger booth. New works were just finished for this prestigious fair by a stellar group of international artists including Ralph Bakker, John Iversen, Jaydan Moore, Ted Noten and Gerd Rothmann.

Founded in 2002 with an eye toward conceptual jewelry, Ornamentum is known as the source for intelligent, provocative, and historically important works from a roster of artists, both established and emerging. Placing important works in numerous public and private jewelry, art, and design collections worldwide, Ornamentum consults with collectors, museum institutions, architects, designers, and
art consultants who seek to build the strongest collections of contemporary jewelry and related art and art objects. Ornamentum hosts numerous exhibitions annually in which artists create conceptual installations in their gallery space in beautiful Hudson, New York.

The Dutch artists that are exhibiting are:

New to the Ornamentum artist roster, the work of Ralph is a meticulous and beautifully crafted balance of movement, rhythm, color variation, reflection and texture. Gold and enamel combined with folded elements of (titanium-like) tantalum, necklaces and bracelets flow like liquid around a neck or wrist. 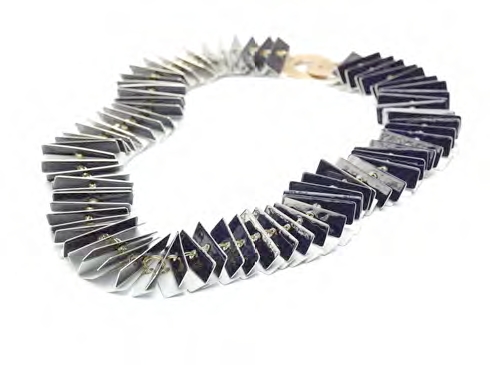 Ornamentum’s premier exhibition of Ted Noten at Design / Miami 2008 attracted tremendous attention with the “Lady K Bag,” an edition of handbag – sculptures featuring a golden gun cast within acrylic. More than 10 years later, Noten has returned to the “Lady K,” creating the seventh and final edition of the series for Design Miami. Topped with a gorgeous Prada handbag, the golden pistol shoots a ghostly quartz crystal bullet. A breathtaking mix of style and cultural commentary. 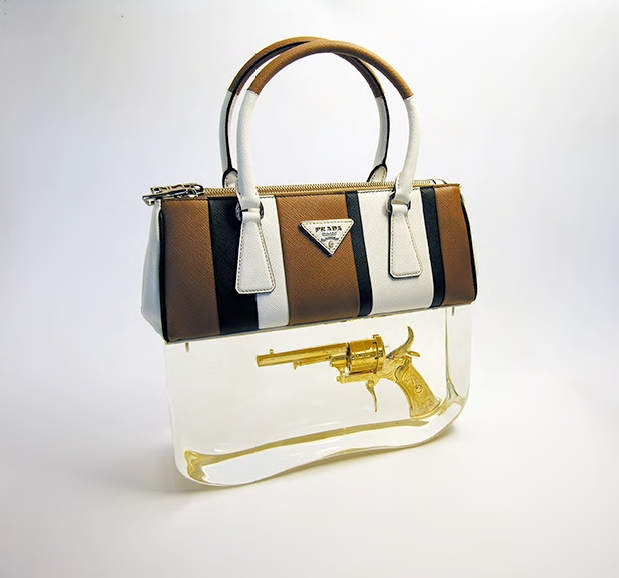 As implied in its name, the necklace “The Brooches” encircles the wearer’s neck with costume jewelry brooches, turn it over and uncover the intricate goldwork that Sajet created – the treasure is hidden, creating a functionally beautiful structure while subverting our notions of value as a status symbol. 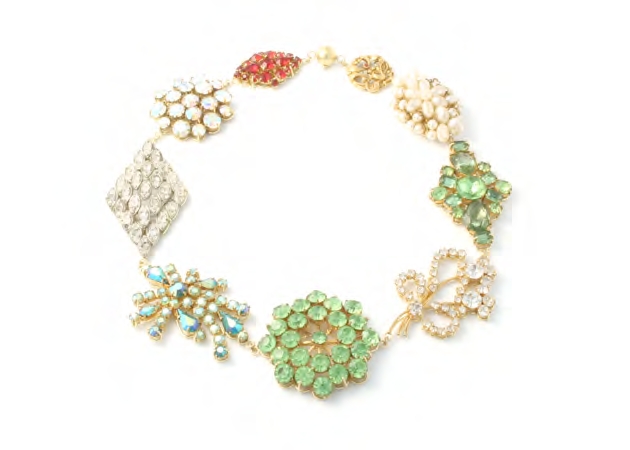 Other artists exhibiting are: