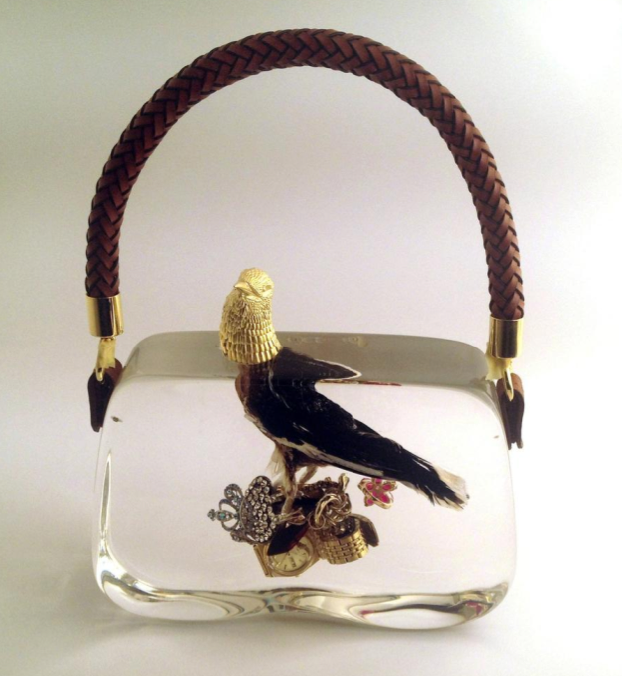 Ornamentum is thrilled to exhibit special presentations of works by Iris Eichenberg and Karl Fritsch at Design Miami / 2013. Artist-designer Iris Eichenberg contemplates the absence of image in her latest body of work “X”. Nail-heads covering the surface like scales or the bubbled skin of electro-formed iron give texture and depth, hinting to the faint form of eye-sockets and a chin – the memory of facial features lost in the fog of time embodied in both wearable and art objects and sculptures in the vaguely recognizable form of the human head. Iris Eichenberg currently holds the title of Head of the Metalsmithing Department at the prestigious Cranbrook Academy of Art, after years of teaching at the Gerrit Rietveld Academy in Amsterdam.

Possibly the world’s most playfully irreverent studio jeweler working today, German-born, New Zealand-based Karl Fritsch simultaneously discards and embraces the historical foundations of jewelry making and design. Whether it is modeling a precious gold ring as if by a child, or setting gemstones with a screw or a bent carpenters nail, Fritsch’s attitude of setting his own rules has garnered a following among art and jewelry collectors worldwide. A special selection of (mostly) rings spanning two decades in this designer’s oeuvre will be exhibited at Design
Miami / 2013.