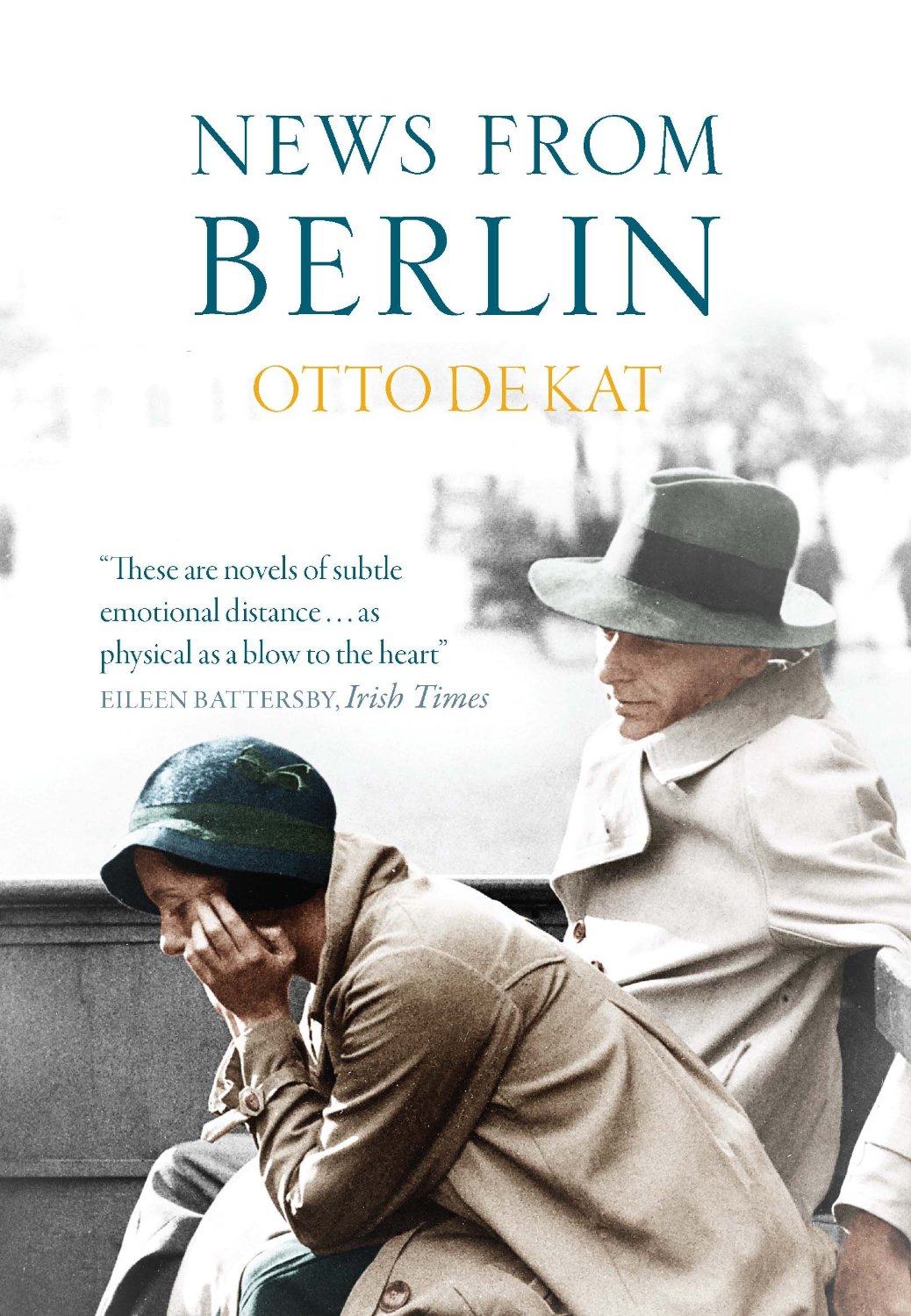 Otto de Kat's book 'News from Berlin' will be available in the U.S. as of August 4

As of August 4 Otto de Kat‘s latest book ‘News from Berlin’ will be available in the U.S. on Amazon.

June 1941. Dutch diplomat Oscar Verschuur has been posted to neutral Switzerland. His family is spread out across Europe. His wife Kate works as a nurse in London and their daughter Emma is living in Berlin with her husband Carl, a “good” German who works at the Ministry of Foreign Affairs.

Briefly reunited with her father in a restaurant in Geneva, Emma drops a bombshell. A date and a codename, and the fate of nations is placed in Verschuur’s hands: June 22, Barbarossa.

What should he do? Warn the world, or put his daughter’s safety first? The Gestapo are watching them both. And with Stalin lulled by his alliance with Hitler, will anyone even listen? So begins Verschuur’s journey – for one sultry month the loneliest man in Europe.

Otto de Kat is fast gaining a reputation as one of Europe’s sharpest and most lucid writers. News from Berlin, a book for all readers, a true page-turner driven by the pulse of a ticking clock, confirms him as a storyteller of subtly extravagant gifts.

Otto de Kat is the pen name of Dutch publisher, poet, novelist and critic Jan Geurt Gaarlandt. His award-winning novels have been widely published throughout Europe, and Man on the Move was the winner of Holland’s Halewijn Literature Prize.

The MacLehose Press is devoted to the translation of literature and crime fiction into English, and to the publication of a very few outstanding writers in English. The Press has already broken new ground with the #1 bestselling success of the Swedish writer Stieg Larsson and with many other critically acclaimed books, including translations from Italian, Spanish, Polish, Icelandic, French, and Arabic. The imprint was founded by Christopher MacLehose. Christopher was previously Publisher of the Harvill Press for 21 years. During his illustrious career he has published works by Raymond Carver, Richard Ford, Peter Høeg, Henning Mankell, Haruki Murakami, and W.G. Sebald. In 2006 Christopher was given the LIBF Lifetime Achievement Award for International Publishing.