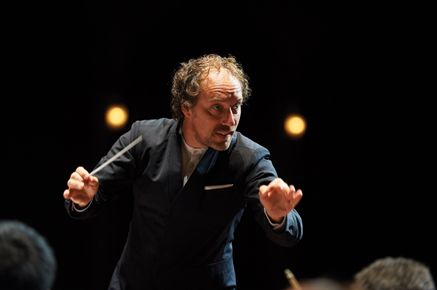 From October 11th-14th, Tausk makes his debut with the Orchestra and conducts several concerts

From October 11th until 14th, Otto Tausk will make his debut as the conductor of the New Jersey Symphony Orchestra, playing 3 concerts.

For his first concerts in Vancouver, Otto conducted a very Dutch-centric program including the world premiere of a work called Helix commissioned from Dutch-Canadian composer Edward Top. The pianist brothers Lucas and Arthur Jussen performed Poulenc’s Concerto for two pianos. The media were in love with Tausk after his debut, and the Dutch violinist turned maestro now takes the helm at the New Jersey Symphony Orchestra.

On this program, Mr. Tausk conducts two central European works far removed in time and style. Dvořák’s Symphony No. 7 is one of his favorite pieces by one of the most important composers in his musical development. He explains:

“My love for music was actually born listening to Dvořák. I was especially drawn to the scherzos influenced by Slavonic folk music, and though all of them are unique and special in their own way, the scherzo in Symphony No. 7 is perhaps my favorite. It is light, yet tragic, and this spirit of sadness tinged with flashes of lightness and hope pervades this entire D-minor symphony, which ends with three brilliant bars of D major.” – Otto Tausk

Ligeti’s Romanian Concerto, performed in its NJSO premiere, is also a work that Mr. Tausk knows well, having conducted it with both the Orquesta Sinfónica de Galicia and the Netherlands Radio Chamber Philharmonic.

“Ligeti lures us into a fantastic musical world of Romanian folk music with highly virtuosic string playing, evocations of village bands, and mesmerizing folk melodies,” said Mr. Tausk. “He creates a totally unique sound world full of wonderful colors, for instance asking the French horn to imitate an alphorn by playing without valves, which results in slightly awkward tuning, often flatter than we are accustomed to.” – Otto Tausk

A champion of new music, particularly from his home country, Mr. Tausk conducts the North American premiere of a concerto by Dutch composer Michel van der Aa, as well as world premieres from Canadian composers Emily Doolittle and Nicole Lizée. Throughout the season, these and other explorations of the new and unfamiliar are balanced with performances of core repertoire, through which he and the Orchestra can deepen their musical connection.

Tickets are available at the New Jersey Symphony Orchestra website.