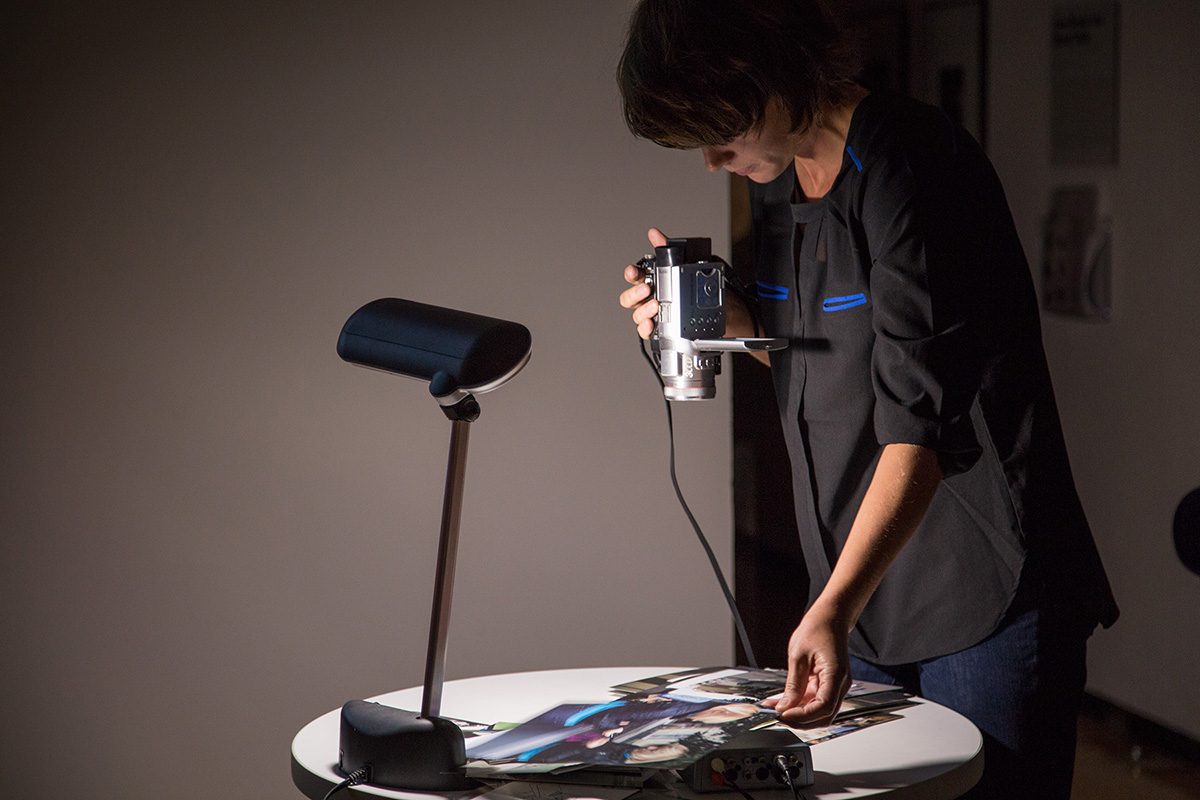 Paulien Oltheten will present a performance and discuss her work at The Vera List Center for Art and Politics at The New School's Theresa Lang Community and Student Center.

On Wednesday, November 6, 2013, 6:30-8:00pm, Paulien Oltheten will present a performance and discuss her work at The Vera List Center for Art and Politics at The New School‘s Theresa Lang Community and Student Center.

Dutch artist Paulien Oltheten explores the vagaries of human relations in public space. In an ongoing process that oscillates between video, photography, and drawings, the artist records, tracks, and assembles visual and conceptual patterns in the encounter of people and things, revealing the shifts and ruptures between them. For this event, Oltheten performs one of her “Sort of Lectures” in which she interweaves different works in a narrative structure, layering them in form and time: with a camera in her hand, she browses through piled up photographs, zooms in on details, films paper sheets with text comments, and shows moving image; all directly projected onto the screen. The result appears as a kind of performed archive, an anthropological study, and documentary.

After her performance lecture, Oltheten discusses her work with Carin Kuoni, Vera List Center Director/Curator, including It’s my imagination, you know, a key work made during the by-elections in Myanmar in 2012, when Nobel Peace Prize winner Aung San Suu Kyi was running for political office for the first time since her house arrest in 1989.

Paulien Oltheten (b. 1982, Nijmegen, the Netherlands) is based in Amsterdam where she studied at the Rijksakademie until 2006. Her solo exhibitions include It’s my imagination, you know, Gallery Fons Welters, Amsterdam; Kitbag Questions, Dvir Gallery, Tel Aviv; and Walk on a line, Nederlands Fotomuseum, Rotterdam. Group exhibitions include Desire Lines, ACCA Melbourne; Daegu Photo Biennial; Safari, Le Lieu Unique, Nantes; CREAM festival, BANKart Studio, Yokohama; and Off the Record, Stedelijk Museum, Amsterdam. Oltheten has published the monographs Theory of the Street, 2007; A Sort of Lecture, 2011; and Photos from Japan and my Archive, 2011. In 2012 she was awarded the Dutch Doc Award 2012 from the Dutch Documentary Photo Foundation. She is currently a resident artist at the International Studio & Curatorial Program, New York.

This talk is presented by the Vera List Center for Art and Politics as part of its curatorial focus theme Alignment, or correspondences.