On November 25 "Magdalena" will be performed at Snug Harbor in Staten Island, New York.

The production is part of Snug Harbor’s PASS (Performing Arts Salon Saturdays) series and will take place on Saturday, November 25, 201, at 6:00 PM, at the Newhouse Center for Contemporary Art in Buildings C & G on Snug Harbor’s idyllic 83-acre campus. As with all PASS productions, the presentation will be preceded at 5:00 PM by a welcoming reception and followed by a moderated artist talk. Tickets are $10 and are available at magdalenaPASS.bpt.me. Tickets can also be purchased at the door the day of the performance. 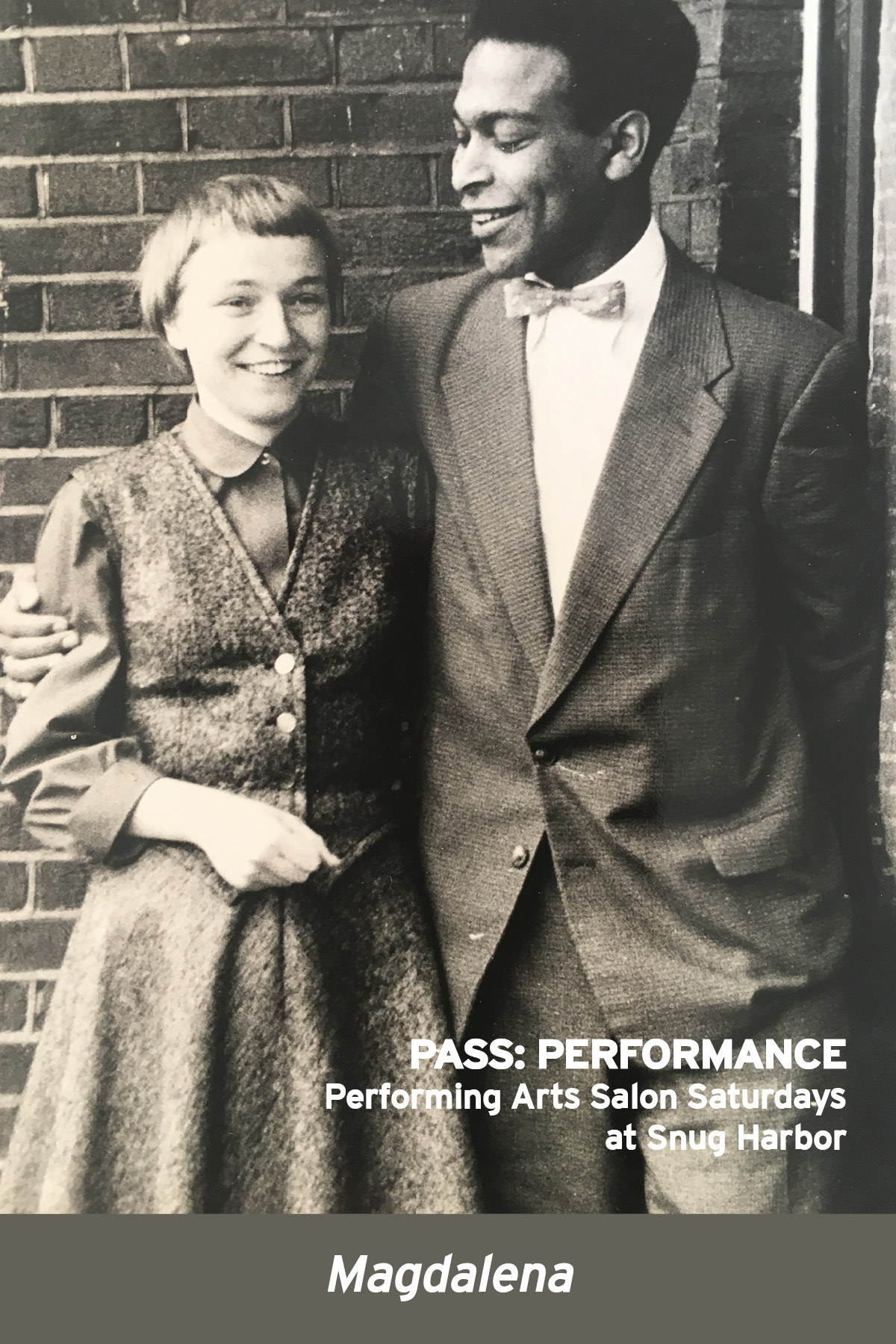 Magdalena is a solo performance, which through dance, visuals, and storytelling takes on the life of Christa’s mother Magdalena and reveals big issues coming to light in Magdalena’s life: race relationships, post-traumatic stress, immigration, motherhood, Dutch colonialism, and dementia.

As a performer, Gabri Christa has danced and choreographed with Danza Contemporanea de Cuba and DanzAbierta, of which she was one of the founders. In the USA she has been a member of Bill T. Jones Dance Company. Her series of short social dance films, entitled “The Breach” can be viewed at dvRepublic.com. Some of her most recent writings on dance will appear in “Caribbean Dance.” In New York, her work has been presented at Dance Theater Workshop, Dia Center for the Arts, Context, Aaron Davis Hall, Judson Church, and Snug Harbor Cultural Center. She is a John Simon Guggenheim Fellow (1999) and has received choreography and production grants from several other sources which include the Jerome Foundation, Dance Theater Workshop’s Suitcase Fund, Pittsburgh Dance Council, National Performance Network Creation Fund, Arts International US Fund for American Artists at American Festivals, and the Dutch Ministry of Culture.

Gabri Christa landed in New York from Puerto Rico via Cuba, the Netherlands, and Curaçao, in the Dutch Caribbean where she was born and raised. Her critically acclaimed choreography has been performed throughout Europe, the Caribbean, Latin America, and the United States. A graduate of the College of the Arts, the School for New Dance Development, Amsterdam, the Netherlands, Gabri Christa also holds an MFA from the University of Washington. As an educator, she has taught dance and lectured among others at the University of Washington, Manhattanville College, Fordham University, The University of Michigan, University of Utah, Ballet Hispanico’s School of Dance, and Curtis High School on Staten Island. Learn more at http://gabrichrista.com/

Magdalena is the final installment in Snug Harbor’s Performing Arts Salon Saturdays (PASS) series for autumn 2017, which will continue in the spring beginning April 2018. Curated by Melissa West, PASS is a performance series that takes place on the last Saturday of every month at Snug Harbor’s Newhouse Center for Contemporary Art in buildings C & G. The salon’s focus is on original works in performing arts (music, dance, theater, and multi-media) in different stages of development. When possible, work is developed in residence at Snug Harbor, which serves as an incubation lab. Each PASS has a pre-performance reception and a post-performance artist talk. Snug Harbor Cultural Center and Botanical Garden are located at 1000 Richmond Terrace.