From September 21-25, Photoville 2016 will be presenting the work of three Dutch artists: “Where Will We Go: The Human Consequences of Rising Sea Levels” by Kadir van Lohuizen, Vivian Keulards with “Me and My Selfie”and Robin de Puy with “If This is True… 8,000 Miles on a Motorcycle in the USA”.

Located in the Brooklyn Bridge Plaza, directly under the iconic bridge in Dumbo, Photoville offers four days packed with exhibitions and workshops in a scenic setting. Three Dutch artists have the opportunity to show their work in the several containers that are part of this annual festival.

For two years, Kadir van Lohuizen has been looking at the global consequences of rising sea levels caused by climate change. Today, no one doubts that glaciers the world over are retreating and, even more worryingly, that Greenland and Antartica are melting at an increasing pace. The question: how fast is it going? It is alarming that past figures appear to have been too conservative and that humanity should start preparing for the biggest displacement of mankind in known history. As people in all of the world’s regions become displaced at ever growing scales, the biggest question is: where will they go? The Rising Sea Levels project is designed to highlight both the immense complexities associated with in-island and inter-island/country movement, as well as the specific human rights implications involved with such involuntary movements.

Kadir van Lohuizen (b. the Netherlands, 1963) has covered conflicts in Africa and elsewhere, but is probably best known for his long-term projects on the seven rivers of the world, rising sea levels, the diamond industry and migration in the Americas. With the project “Where Will We Go”, Kadir looked at the global consequences of rising sea levels caused by climate change. The project is designed to highlight both the immense complexities associated with in-island and inter-island/country movements, and the human rights implications involved in such displacements. Kadir is a frequent lecturer and photography teacher and is based in Amsterdam. He is a co-founder of NOOR and is part of the supervisory board of World Press Photo.

Vivian Keulards was introduced to the culture of selfies through her 13-year-old daughter, Eva. She has been watching how she makes selfies without any shame of sitting next to her, then post them on Instagram and check every five minutes how many likes she’s got. When she receives less than 100 likes in one day, she removes her selfie from Instagram. The images presented in her digital world, the way she sees herself, differ hugely from her view upon her daughter’s stage of life. In the digital world, her daughter shows herself as a self-confident, fearless, knowing-what-she-wants, older-looking, happy girl. In real life, she knows how hard this stage of life is: puberty. Trying to figure out who you are, seeking for new peers in school, trying to walk those first steps toward adulthood. On the one hand, they seem quite independent and grown-up, on the other hand, they are so vulnerable and drifting.With this concept, she made portraits of young Dutch teenagers in 7th grade — the first year of high school in the Netherlands — a new start. She portrayed boys and girls through her eyes and they send her their selected selfies. The combination of both views is captivating. You can see the contradiction of both worlds.

Vivian Keulards was born and raised in the Netherlands and successfully graduated as a portrait photographer at the Photo Academy in Amsterdam in 2009. In the past, she gained a Master Degree in Communication Science where her fascination for images and photography started. Her work has been published, exhibited and rewarded internationally. Some of the portraits are part of collections (like the Museum of Fine Arts in Houston). Last year she was a Critical Mass top 50 winner and in September her first book Flaming Grace (art portraits of red-headed children) will be published. Nowadays, Vivian is back in the Netherlands, where she works on her own photography projects and on assignments. She also teaches classes and workshops. 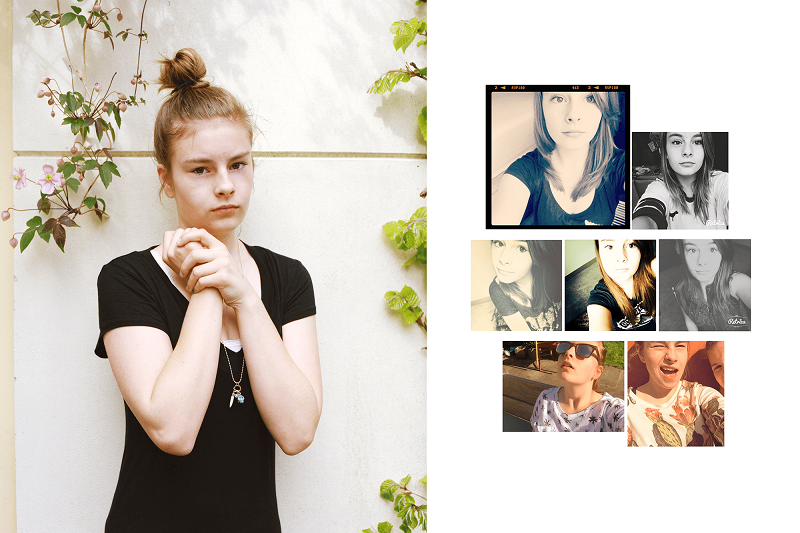 “I do not want to go back – no launch parties or openings anymore. Wearing the same pair of jeans every day, feeling the sun on my skin and deciding whether I will stay or go on the day itself. I also love that everything I own here fits into two saddle bags and a backpack.” Robin de Puy’s thoughts, jotted down in her journal on 4 June, 2015. At that point, she had been in America for four weeks and covered 4,908 kilometers on her Harley-Davidson. Another six weeks and 5,092 kilometers to go. De Puy is a young portrait photographer in great demand. In 2014, she decided to go on a trip as a way of escaping the pressure of public expectations. Her success has a downside: the constant flood of commissions leaves her almost no time for autonomous work and she feared losing her sense of creative freedom. Her American road trip gave her the chance to go back to deciding for herself what to photograph.

Robin de Puy graduated from the Fotoacademie Rotterdam in 2009. She subsequently won the Photo Academy Award 2009 and was nominated for various photography prizes. Her work is published in a number of national and international magazines, including New York magazine, Bloomberg Businessweek, ELLE, Vrij Nederland, Volkskrant, The Opéra and many more. She lives and works in Amsterdam. 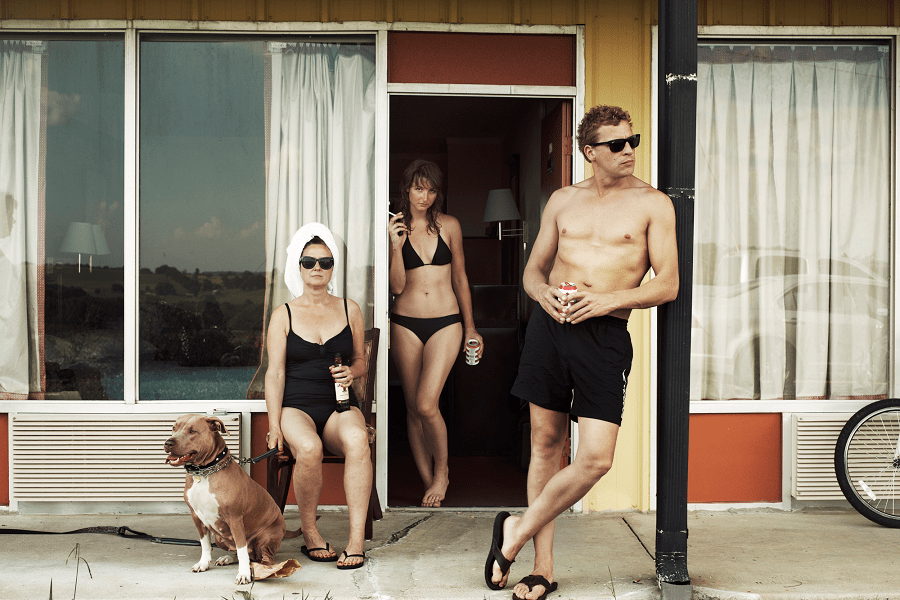 Photoville is located in Brooklyn Bridge Plaza, on the corners of Water Street and New Dock Street. It is directly underneath the Brooklyn Bridge in DUMBO and is bordered by Jane’s Carousel and St. Ann’s Warehouse.