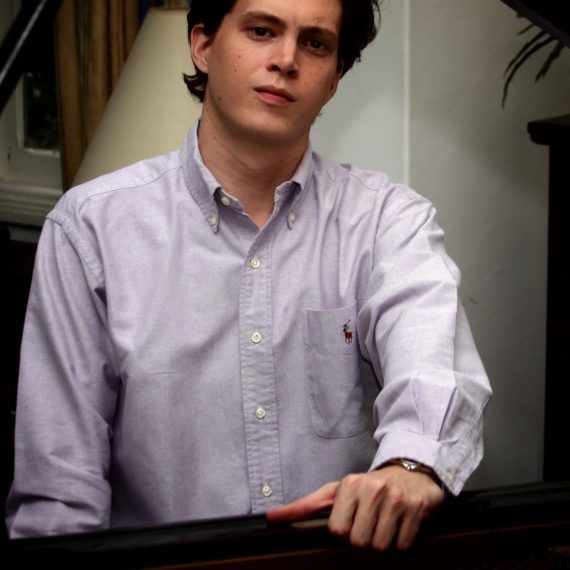 From Feb 24 - Feb 26, Dutch pianist Alexander Kraft van Ermel will perform at "Chopin IN the City Festival" in Chicago

From February 24 through February 26, Alexander Kraft van Ermel will perform various times at “Chopin IN the City Festival” in Chicago, IL. More information about his performances can be found here. 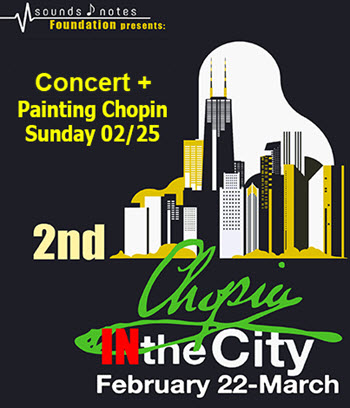 About Chopin IN the city

“Chopin IN the City” is a celebration of the life and genius of Frederic Chopin displayed in a rich program of concerts, presentations, film screenings, and music workshops, aimed at audiences of all age groups and backgrounds. The program will showcase a wide range of forms and styles of music including classical, jazz, and world music – all integrating Chopin’s compositions.

The focus of the festival, is to promote the music of Frederic Chopin, among devoted followers, and to raise awareness of his musical genius among audiences who may not be familiar with Chopin and his musical compositions.

The organizers aim to achieve this by bringing Chopin’s tunes to various neighborhoods, and nontraditional performance spaces around the city. This includes not just the communities of Polish heritage, but general populations of the city as well.

Born in The Netherlands in 1990, Alexander Kraft van Ermel’s roots lie in the Dutch Caribbean island of Curacao. He grew up on Curacao, and from an early age he received piano lessons from his grandfather, the Antillean pianist and composer Willem Statius Muller. At age 18 Alexander moved to The Netherlands to continue his piano studies under Alan Weiss at the Utrecht Conservatory. His love for music did not stop at listening and performing, but extended to pursuing the truth behind art. This pursuit led him to study philosophy at the University of Amsterdam. Alexander is a familiar face at Antillean events in The Netherlands and regularly performs as the musical feature. He also performs concert- lectures where he discusses philosophical concepts with classical music. He is planned to tour the Dutch Antilles next summer in a program that highlights the artistic contribution of the former colonies.