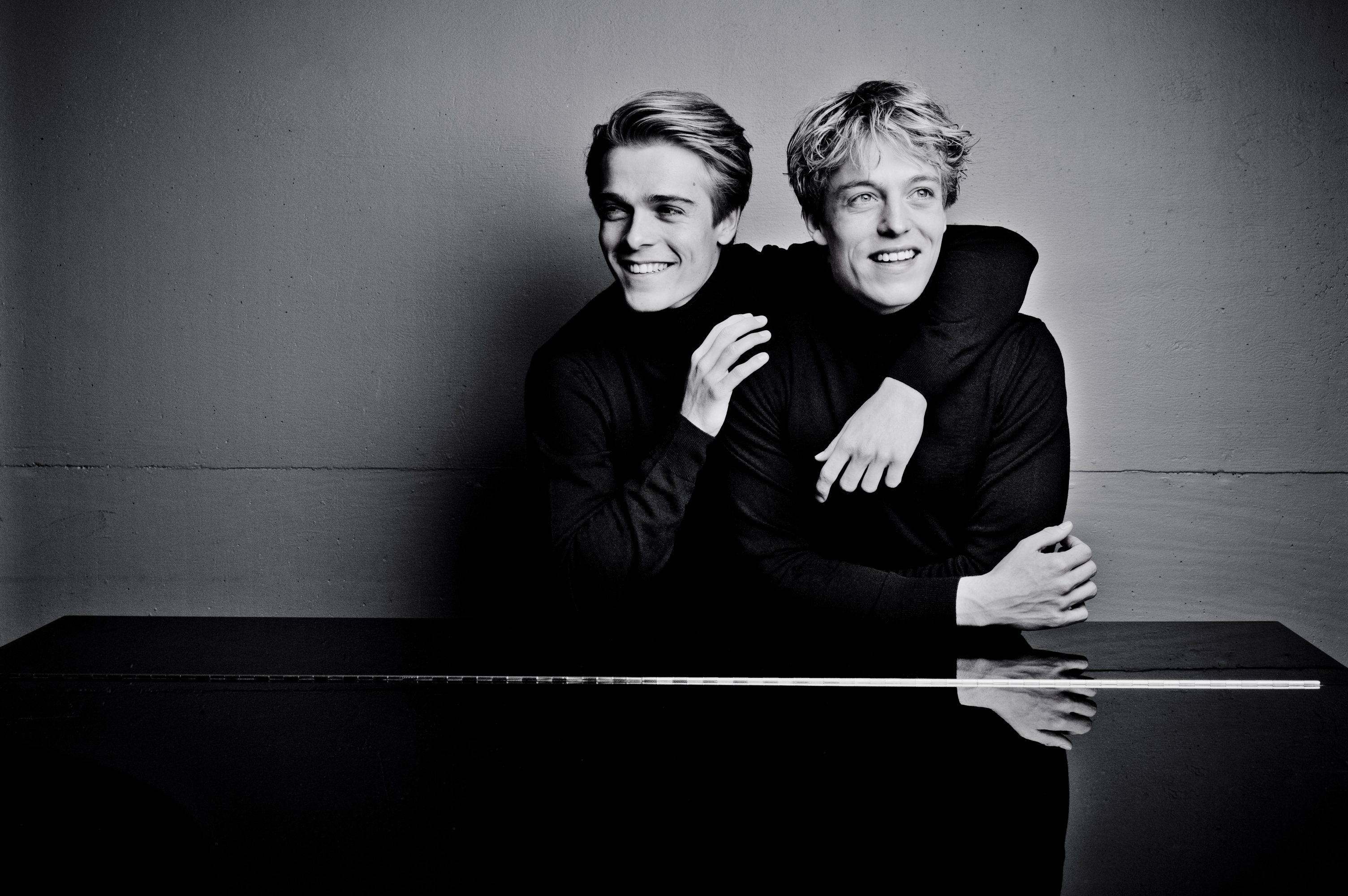 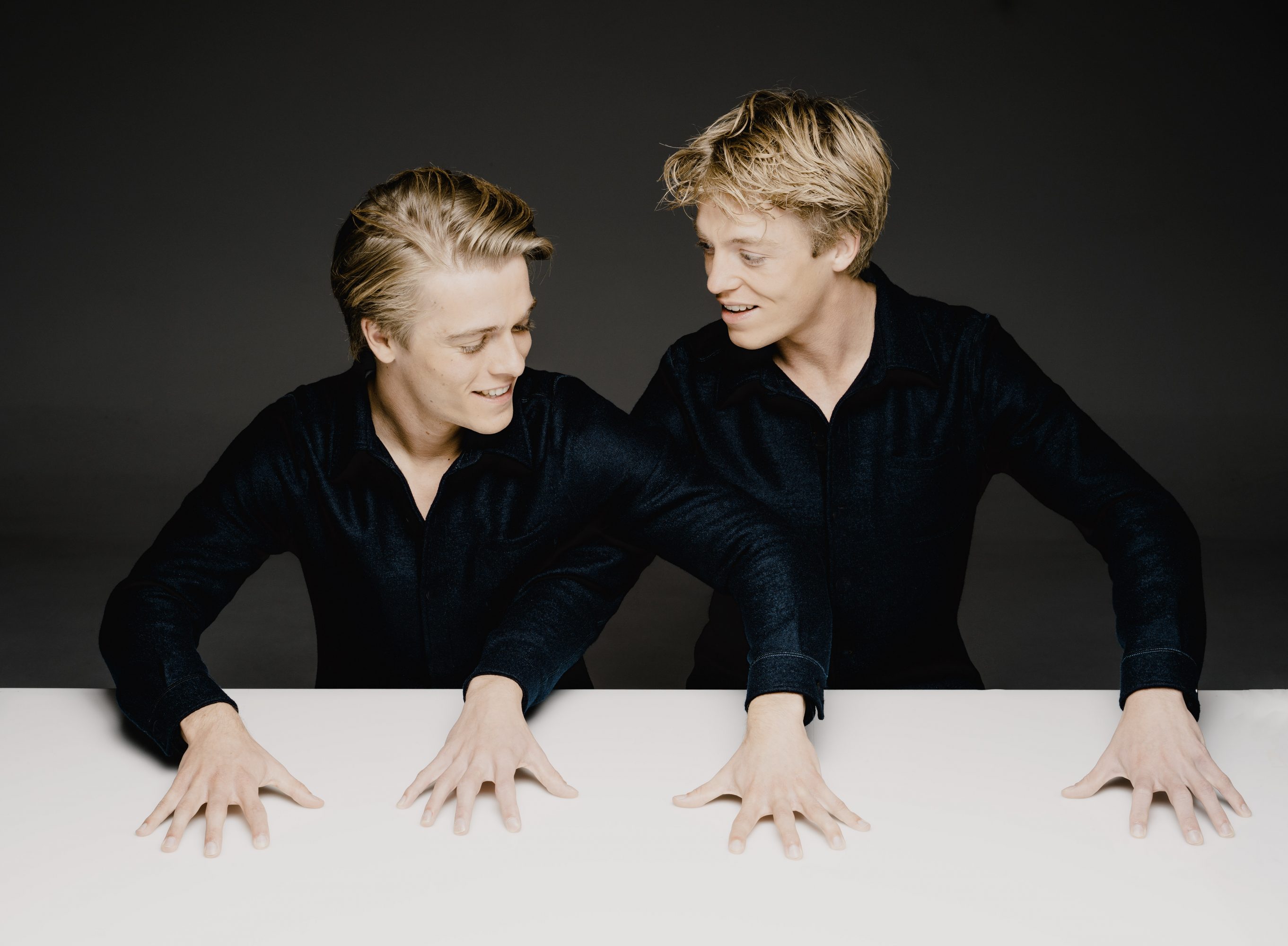 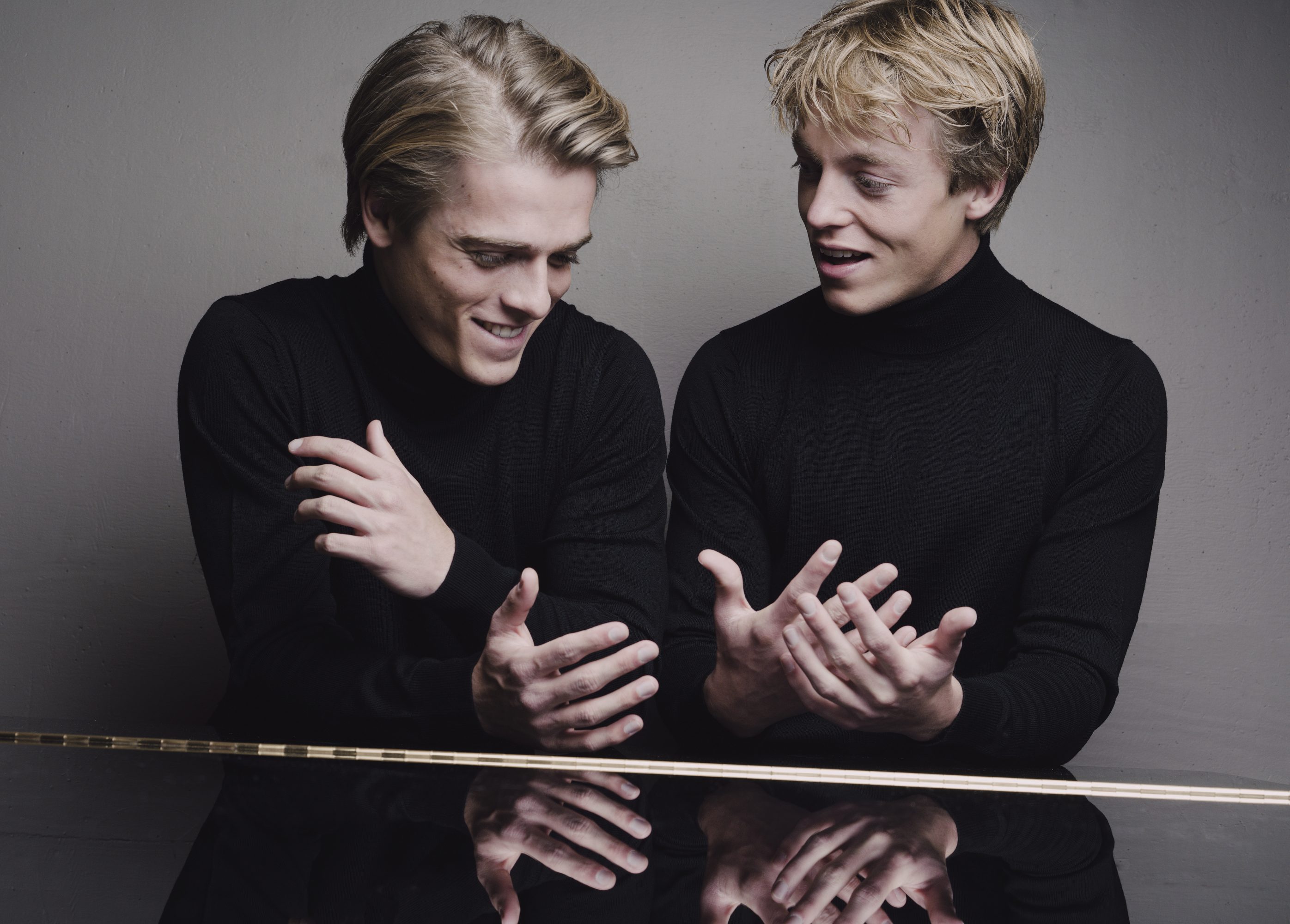 _T_his summer, Dutch brothers Lucas (25) and Arthur (21) Jussen will make their New York debut at the Mostly Mozart Festival. On August 6, 10:00 pm, they will perform a program for piano four hands in Lincoln Center’s Stanley H. Kaplan Penthouse. National figures in the Netherlands since their childhood, the brothers will play an after-hours recital that nods to Mozart’s own childhood and captures the Slavic mood set earlier in the evening. As young prodigies, Mozart and his older sister performed together on a grand tour of Europe organized by their father and were likely the first to play piano music for four hands in public.  Schubert’s Fantasie, one of the most celebrated chamber music works, was dedicated to his pupil Karoline Esterházy, the younger of two daughters of the Hungarian Count Johann Karl Esterházy of Galánta (now part of Slovakia), with whom he was madly in (unrequited) love.

Tickets are available from April 15 via Lincoln Center.

Check out this video of the duo playing Mozart:

“Under their hands, the two pianos form one flowing instrument.” De Volkskrant

“You realise that this is not usual. This is not just two good pianists playing together. They sense each other’s most small, individual a little bit of interpretation.” Sir Neville Mariner

“You realise that this is not usual. This is not just two good pianists playing together. They sense each other’s most small, individual a little bit of interpretation.” – Sir Neville Marriner

“It is like driving a pair of BMWs’, remarked conductor Michael Schønwandt, after directing the Dutch brothers Lucas (25) and Arthur Jussen (21). Despite their young age, they have been part of the international concert world for years and are praised by both the press and audiences.

In addition to all major Dutch orchestras with which Lucas and Arthur have performed, they also received invitations from orchestras such as Mariinsky Orchestra, Dallas, Sydney and Shanghai Symphony Orchestras, Camerata Salzburg and the Academy of St Martin in the Fields. They collaborate with conductors such as Stéphane Denève, Valery Gergiev, Sir Neville Marriner, Jukka-Pekka Saraste and Jaap van Zweden.

The 2018/19 season begins with their debut with the Philadelphia Orchestra under the baton of Yannick Nézet-Séguin, and is followed by the brothers’ presentation at the traditional Prinsengracht Concert, which is the climax of classical music in the Netherlands every summer, and takes place on the canals of Amsterdam. Further highlights of the season include performances with the City of Birmingham Symphony Orchestra, Danish National Symphony Orchestra, Vancouver Symphony Orchestra, Bruckner Orchester Linz, Orchestre National de Lille, Orchestre Philharmonique du Luxembourg, Netherlands Philharmonic Orchestra, SWR Symphonieorchester and the Münchener Kammerorchester. They continue to champion Dobrinka Tabakova’s new double concerto, which they premiered in Amsterdam last season, and look forward to its regional premieres in France with the Orchestre de Picardie and in the UK with the BBC Concert Orchestra. In recital the duo perform in Munich’s Prinzregententheater, Moscow’s Zaryadye Hall, Palau de la Música in Barcelona and in the Konzerthaus in Vienna and Dortmund. As ‘Junge Wilde’ of the Konzerthaus Dortmund, the Jussen brothers will perform a variety of programmes at the Konzerthaus Dortmund in the next three seasons. They will embark on an Asian tour in June 2019, appearing in Shanghai, Beijing, Guangzhou, Kaohsiung and Macao.

Lucas and Arthur received their first piano lessons in their native town of Hilversum. It became clear quickly that they were great talents. As children, they were already invited to perform for the Dutch queen Beatrix. First awards at competitions followed shortly. In 2005, the brothers studied in Portugal and Brazil for nearly a year at the invitation of Portuguese master pianist Maria João Pires. In the following years they took lessons from both Pires and two renowned Dutch teachers. Lucas completed his studies with Menahem Pressler in the US and Dmitri Bashkirov in Madrid. Arthur graduated from the Amsterdam Conservatory where he studied with Jan Wijn.

Recording exclusively with Deutsche Grammophon since 2010, their debut CD with works by Beethoven received platinum status and was awarded the Edison Klassiek audience award. A Schubert recording and their third CD Jeux, dedicated to French piano music, were subsequently released. In October 2015, they released their recording of Mozart’s piano concertos KV365 and KV242 together with the Academy of St Martin in the Fields under the baton of Sir Neville Marriner. The album reached gold status and was listed by Gramophone UK amongst ‘The 50 Greatest Mozart Recordings’. Their most recent recording featuring works by Poulenc and Saint-Saëns was released in March 2017 (Royal Concertgebouw Orchestra & Stéphane Denève). Their recording of the Poulenc Double Concerto was chosen as the best recording of this piece ever made by the French radio programme “La tribune des critiques de disques”.