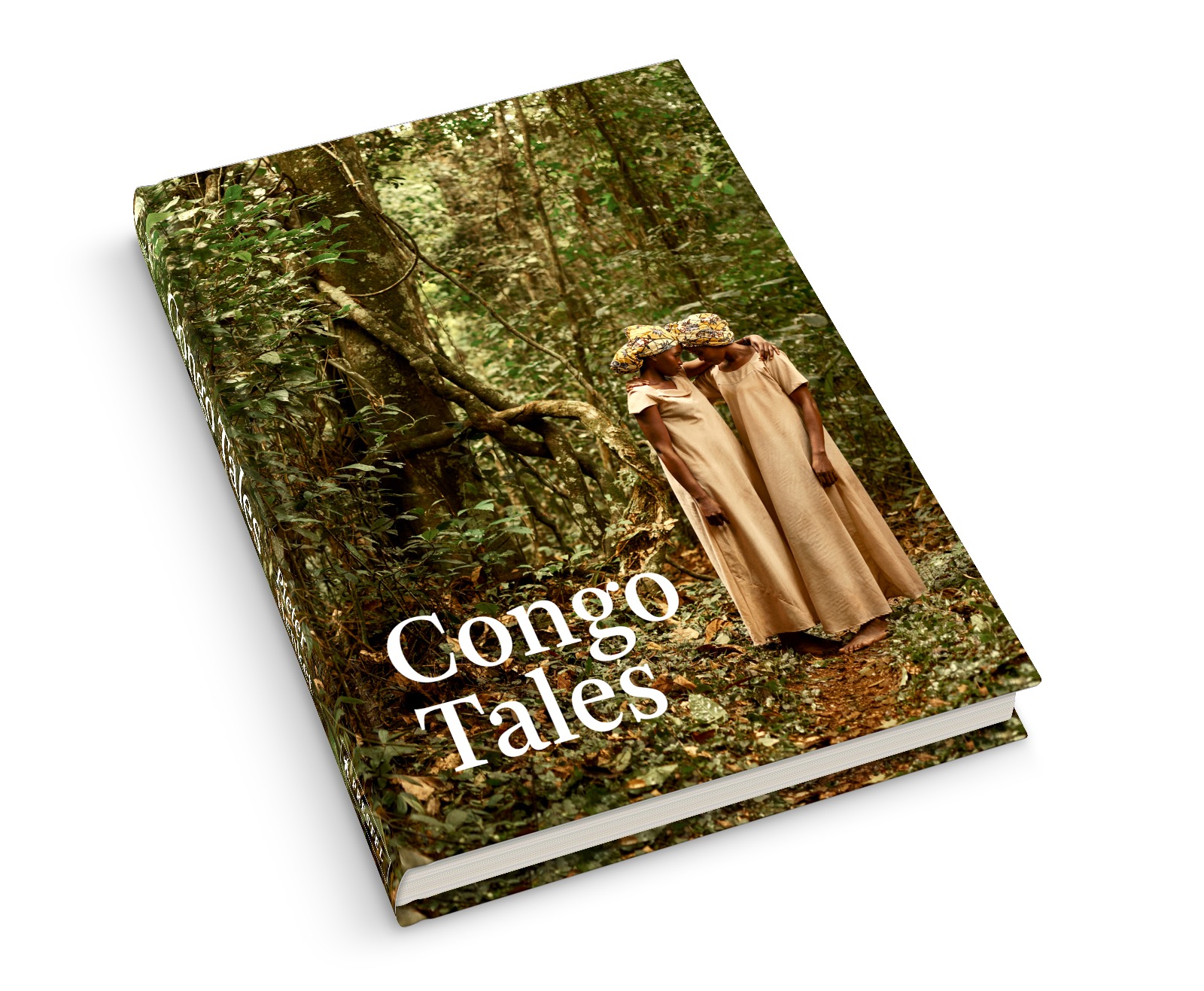 Dutch photographer Pieter Henket will release his new book, Congo Tales,at Rizzoli Bookstore on November 15th. “Congo Tales” is the result of a five-year anthropological project that Henket undertook in the Congo Basin to document the Congolese and the rainforest that they call home. The event will be hosted by editor Eva Vonk, and there will be the opportunity to have your book signed by Henket afterwards. 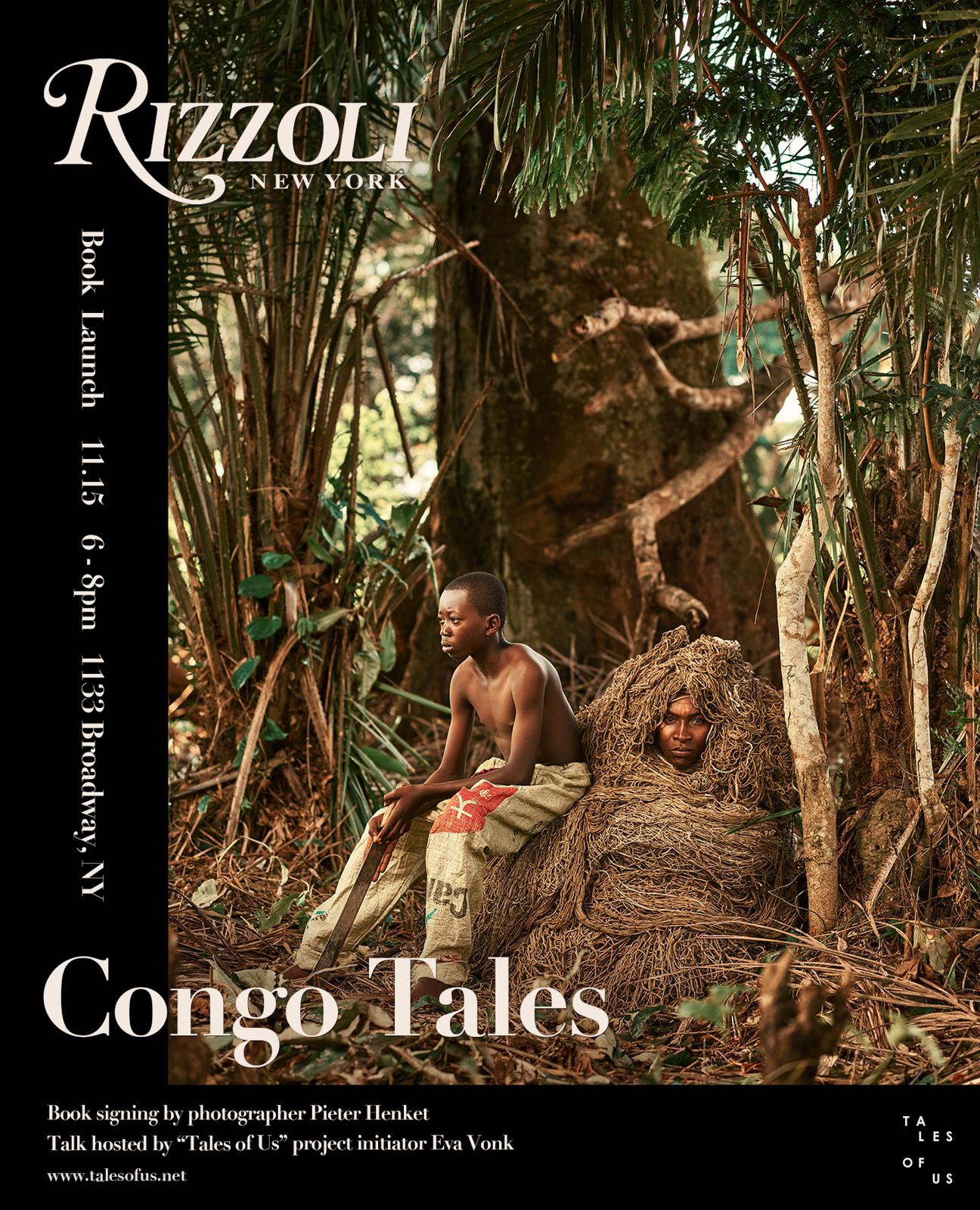 In the deep heart of Africa lies a tropical rainforest second only in size to the Amazon – the Congo Basin. It measures 500 million acres, spans 6 nations, and is home to some of the largest swaths of intact tropical rainforest in the world, with the pristine Odzala Kokoua National Park as crown jewel.

Known to ecologists as the world’s second lung, the Congo Basin is the Earth’s other Amazon – as vital to preventing runaway Climate Change as the Brazilian rainforest and as vulnerable to deforestation and abuse. Yet the Congo Basin falls far short of the Amazon when it comes to the world’s awareness of it as a major player in the global environment, a cathedral of nature’s treasures, and a stopgap against looming ecological catastrophe. 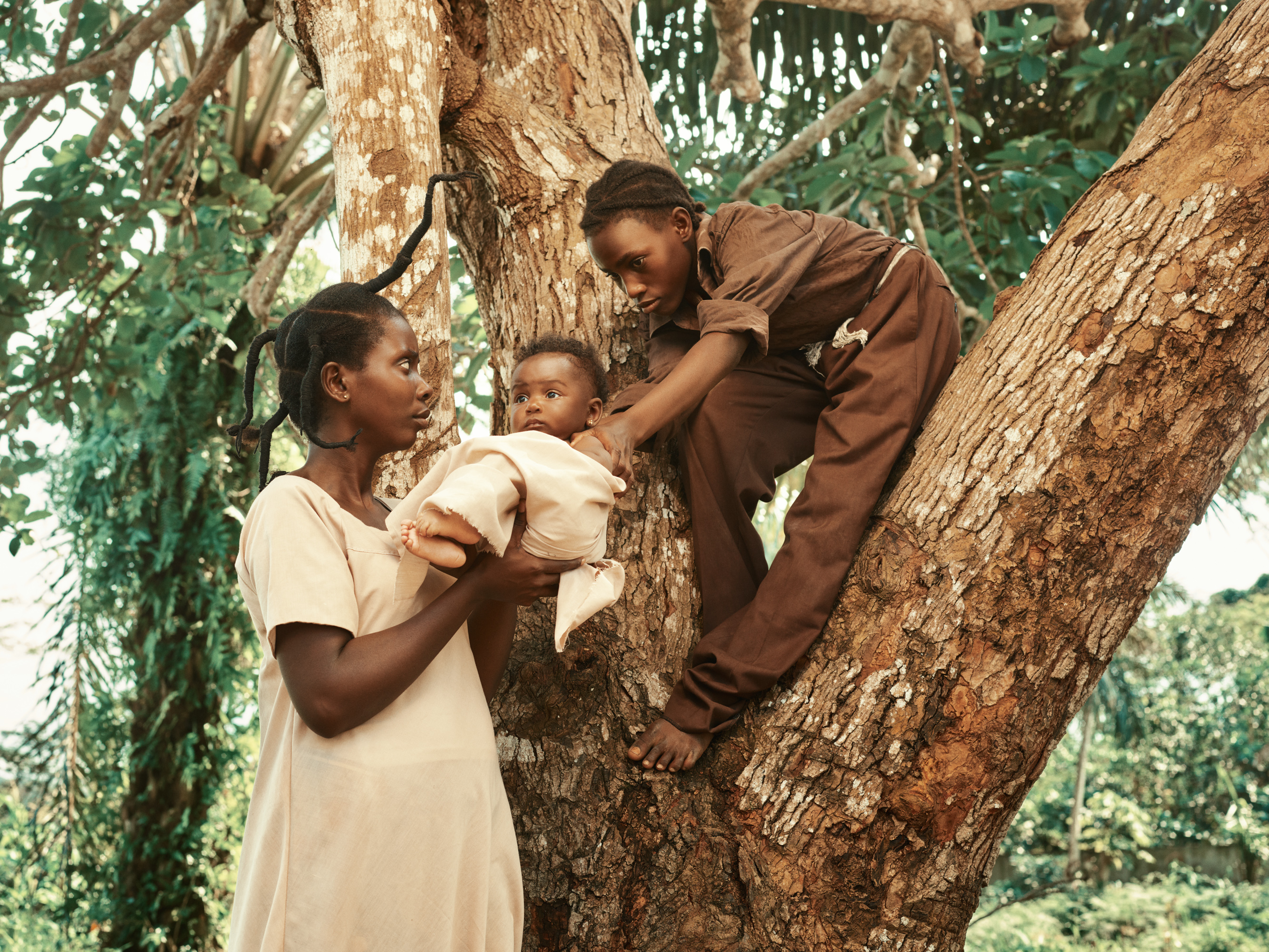 Congo Tales (Prestel, November 15th, 2018) is intended to help solve this lack of awareness and help create a conservation infrastructure for this critical pillar of the world’s fragile ecological balance. Upturning the traditional conventions of fear-based environmental messaging and the portrayal of Africa solely as a place of plague and war, Congo Tales takes a completely different approach to communicate the urgency of conservation efforts in this region.

In this groundbreaking photo series that was 5 years in the making, national Congolese who live in the Mbomo district of the Congo Basin staged their never-before recorded mythology for fine art portrait photographer Pieter Henket (Lady Gaga, Eddie Redmayne, Mary J. Blige). Henket’s portraits – of dozens of children forming the shape of a Mbomo (or Boa Constrictor); of over a hundred Congolese women assembled at the border of the forest; of Congolese men on the hunt for a mythical bird – make the Congolese, their myths, and the rainforest the stars of Congo Tales, and communicate the magic and mystery of this little understood place, and its incalculable value to the planet. 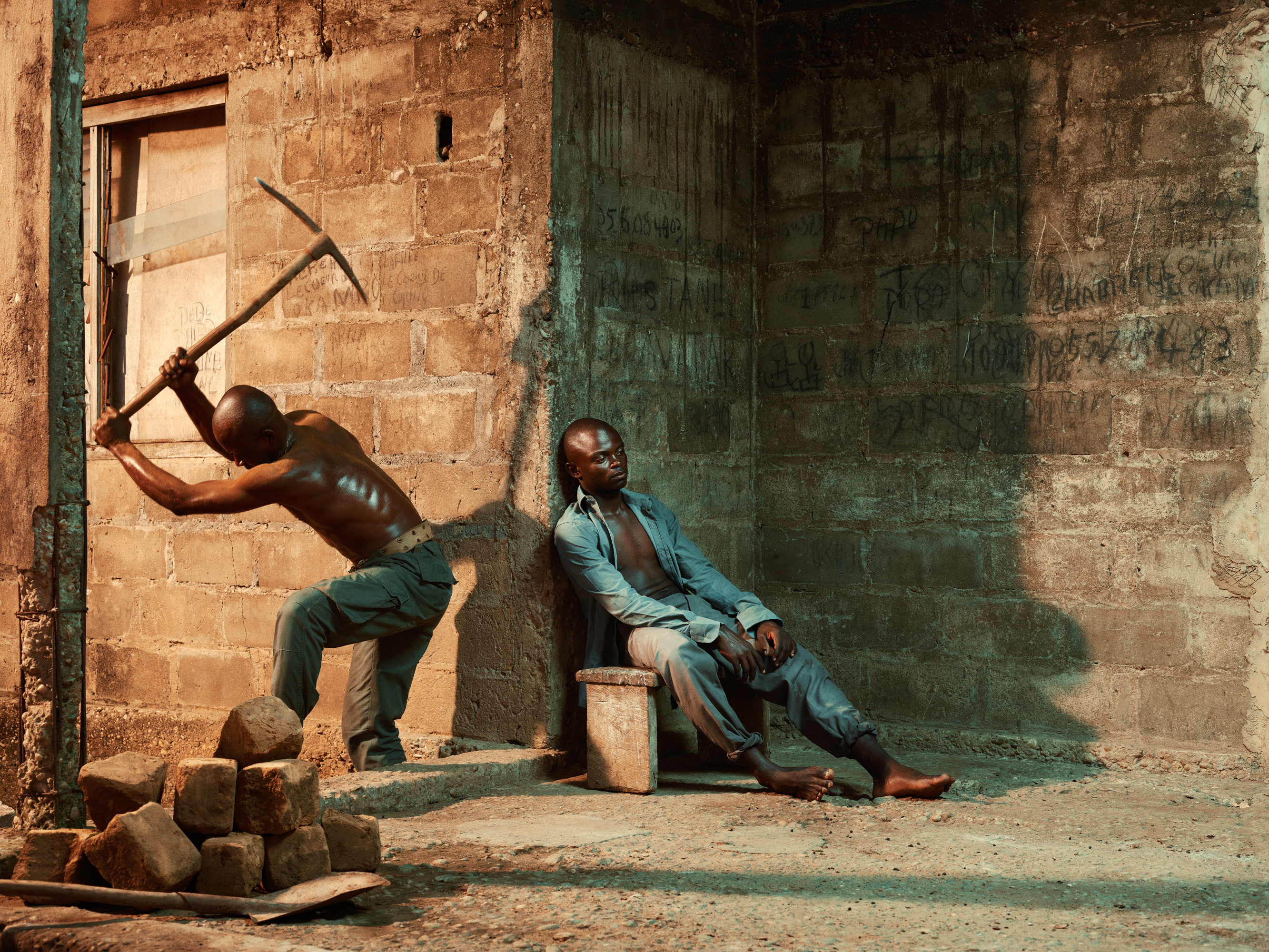 In the book, editors Eva Vonk (who spent 3 years working closely with people in the Mbomo district to record their mythologies) and Stefanie Plattner (who produced the project) delve into and reveal the wealth of the Congo Basin and its people, illustrating both with Henket’s cinematic and surreal portraiture of the Congolese depicting their legends, tales and lore under the canopy of ancient rainforest from which they sprang.

Channeling the primal heartbeat of one of the world’s most powerful ecosystems and the people who call it home, the mythological tales of the Congolese – of supernatural forces in control of life and death, of ritualistic initiations into adulthood, of the laws of nature that lie outside the laws of people – are revealed as a treasure trove of universal wisdom that is both existential and pragmatic, with the unspoiled Odzala Kokoua National Park as stage and actor.

A groundbreaking book of scholarly anthropology that calls on the work of Joseph Campbell and the Brothers Grimm, and a captivating work of art and photography, Congo Tales is a feat of innovative environmental messaging and cross-cultural and cross-continental collaboration intended to both prevent the loss of this all-important bastion of nature, and reveal its priceless value to the world and our communal future in it. 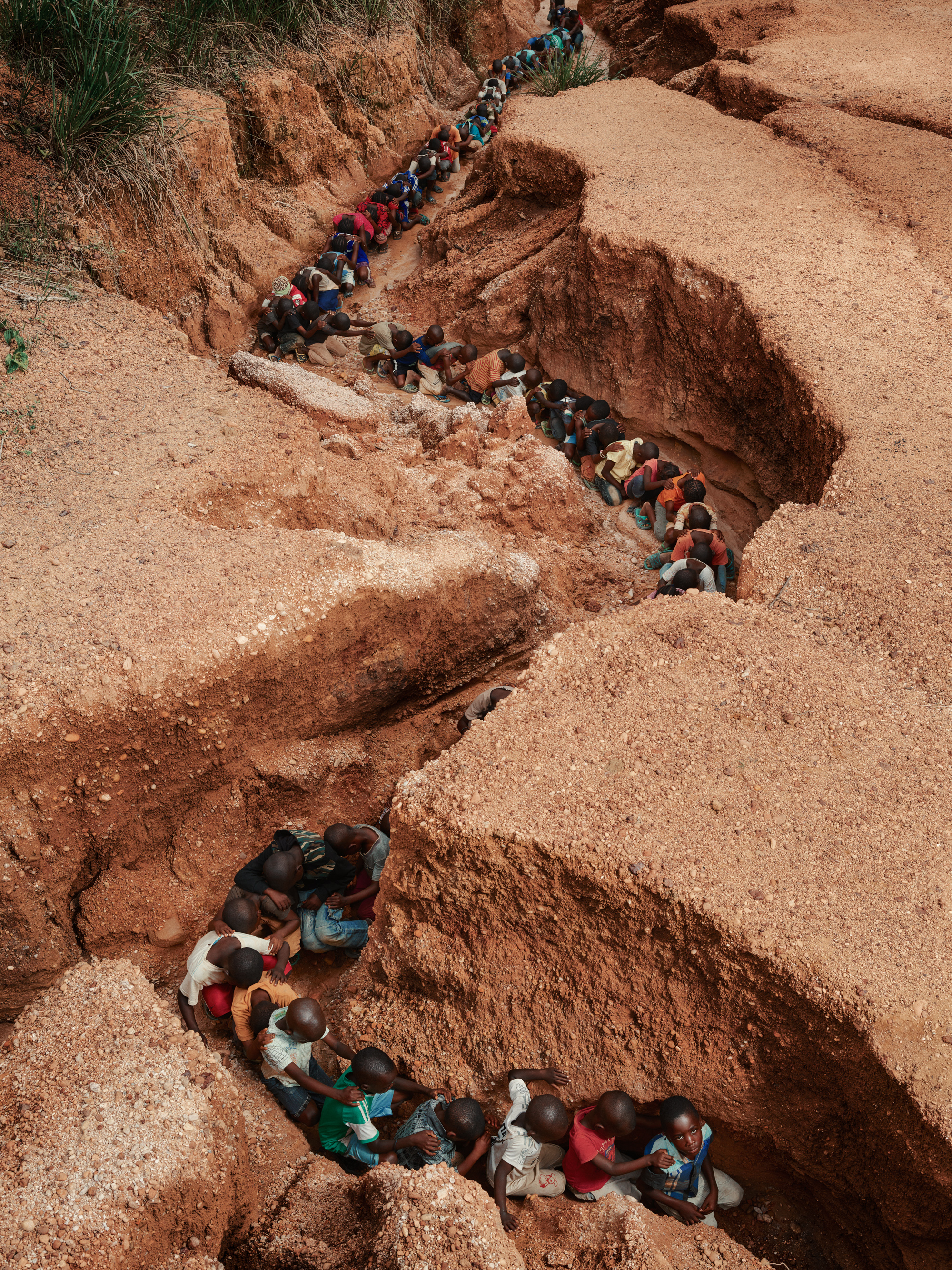 Pieter Henket’s images, an encounter between his eyes and the eyes of his characters, form a (celebrity-worshipping) narrative, comprehensible and dead on hip. An autodidact, he already has worked with stars like Angelica Houston, Mary-Kate Olsen, Sir Ben Kingsley, Kristen Stewart, William Hurt and pop phenomenon Lady Gaga for who Henket captured the image of her debut album “The Fame”. In 2010, this iconic image was included in the American Woman exhibition at the Metropolitan Museum of Art in New York.

Fascinated with capturing the image as if it were a still, with all its cinematographic characteristics and thus hard to copy, Henket evokes electric vibes. These images are on the rocky edge but remain mysteriously narrative.

Pieter Henket © Courtesy of the Artist

In recent years Henket has focused on portrait photography. These images seem to sum up the New Yorker culture of this decade. With his scenic stripped to a void and daring lightning design, Henket manages to make the faces in the images look casual and accidental, yet knows to represent the essence of the face and to get – with wit – under the skin of celebrity culture.

Henket has worked and lived in New York City since 1998.