The Dutch play "Gif" will premiere Off Broadway in November

The Dutch play “Poison” is coming to New York. “Gif,” which is the original title of the play, is written by Lot Vekemans. Origin Theatre Company will produce the English language premiere Off-Broadway at the Beckett Theatre on Theatre Row 42nd Street this fall. It will be directed by Erwin Maas. Featured in the two-character play are the OBIE Award-winner Birgit Huppuch as She, and the Drama Desk nominee Michael Laurence as He. The showʼs production design team includes Jian Jung (set and costume design), Jeanette Oi-Suk Yew (lighting), and Sam LaFrage (sound design). Performing live as a vocalist is Jordan Rutter. Carol Sullivan is the production stage manager.

After many years of separation since their divorce, a man and a woman meet at the burial grounds of their child. He moved on and looks to the future. She remains stuck in the past. What comes from tragedy? Will some of our greatest adversities lead us down a path of further grief and sorrow? Or can hope be born out of our deepest emotional pain and turmoil? While remembering the final moments of their loved one, the man and the woman take their first steps towards reconciliation. “Poison” is widely considered as one of the most internationally successful plays coming from the Netherlands. GIF, won the Taalunie Toneelschrijfprijs Award in 2010 for best new Dutch play and has since been produced all across Europe & beyond on stage and on screen. The original production was directed by Johan Simons for NTGent and Dutch actress Elsie de Brauw was awarded the Theo d’Or 2011 for best actress in a leading role. 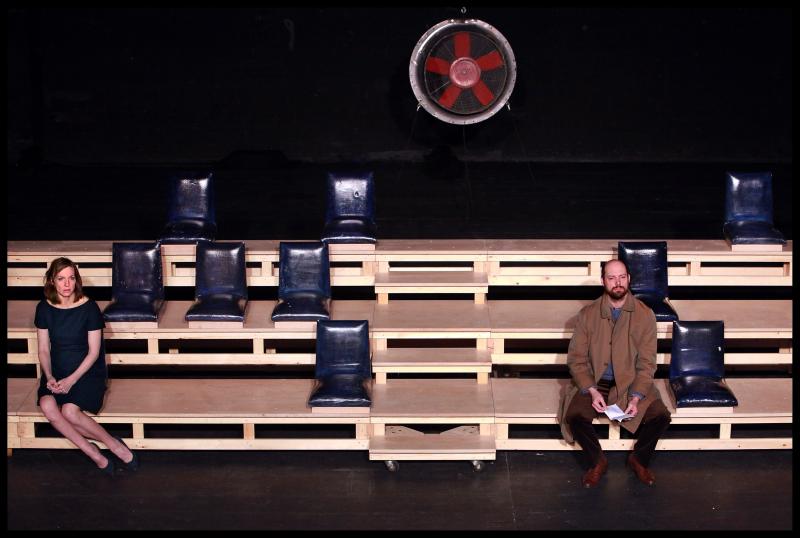 The play has since been translated into French, German, Spanish, Portuguese, Greek, Chinese, Russian, Danish, Swedish and now into English. It was staged all over continental Europe, Russia, South America and Mexico and will be premiered in China and South Africa in the coming year. In Germany, the play has been produced in 20 different versions with notable actors such as Ulrich Matthes and Dietmar Bär (known for his role of Tatort in the
famous TV series). For her performance in “Poison”, German actress Dagmar Manzel won the Faust 2014, for best actress in a leading role. In Mexico City, the play was directed by Hugo Arrevillaga with two of Mexico’s most prominent TV stars Arcelia Ramírez and Juan Manuel Bernal. The production run was extended multiple times and eventually ran for more than three months. The Uruguayan version of “Poison” was nominated for the Florencio 2015 (best play, best director, best actress, best actor). This prestigious award is presented by the Asociación de Críticos Teatrales del Uruguay. The Spanish cineaste Isabel Coixet made a film inspired by the play “Poison”, titled Ayer no termina nunca (Yesterday never ends). The Dutch film of the play is scheduled to premiere in February 2018. DEAL productions (Luxemburg) is working on an international English film adaptation of the play and are following the New York production with interest. Also in Germany and the USA interest in a film version of “Poison” has been generated.

Lot Vekemans was born in 1965 and studied Social Geography at the University of Utrecht. After her study, she visited the Writers school “t Colofon” in Amsterdam and graduated there in 1993 as a playwright. Since 1995, she has written numerous plays for children as well as for adults. Some of her work besides “Gif” includes “Truckstop” for the MUZtheater (2001) and Het Toneel Speelt (2010), the monologs Zus van (Sister of) and Judas for her own company MAM .

In 2005, she received the prestigious Van derVies award (three-year award for best play) for Truckstop and Zus van. For her play Gif (Poison) she was awarded the Taalunie Toneelschrijfprijs 2010 (award for the best Dutch play staged in 2009/2010). In April 2012, her first novel Een bruidsjurk uit Warschau (A Bridal Gown from Warsaw) was published and nominated for the Anton Wachterprijs 2012(a two-year award for the best Dutch/Flemish debut). 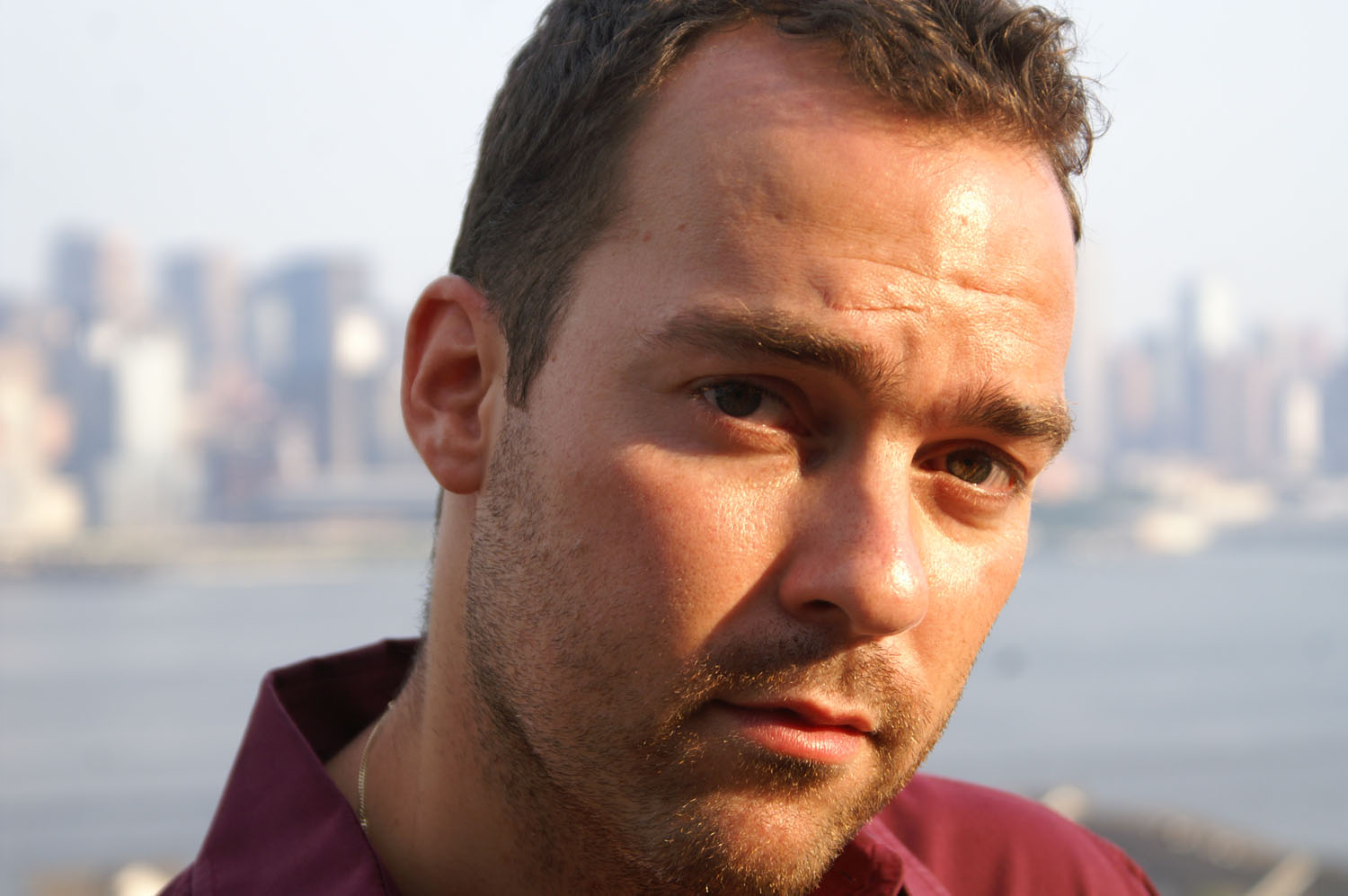 Erwin Maas is a New York-based theatermaker, teacher and international arts advocate from the Netherlands. He has worked extensively in Australia, Europe, South Africa and the USA. Erwin was a Fulbright Scholar for his MFA in Theatre Directing at Columbia University School of the Arts in NYC. He also holds a M.A. in Drama Teaching and BFA in Directing & Acting from the Academy of Dramatic Arts Eindhoven in the Netherlands, and a M.A. in Media Arts and Production/Documentary Filmmaking from the University of Technology Sydney – Australia. From 2010 to 2014, Maas shared the position of Director of Performing Arts for the Cultural Department of the Royal Netherlands Embassy & Consulates in the USA. He was a guest speaker, lecturer, instructor and director at many prestigious academies and universities around the world. Maas currently teaches as an Adjunct Professor at CUNY Brooklyn College’s MFA Performance & Interactive Media Arts Program (PIMA). He is the Artistic Director of the International Society for Performing Arts (ISPA) NYC Conference, the Director of Programming for the Off-Broadway Origin Theatre Company, and an Artistic Programming Associate of the International Performing Arts for Youth (IPAY). Erwin is a core-member of Theater Without Borders, a member of the Netherland-America Foundation Cultural Committee and he is on the Artistic Advisory Board of the ISSUE Project Room in Brooklyn.