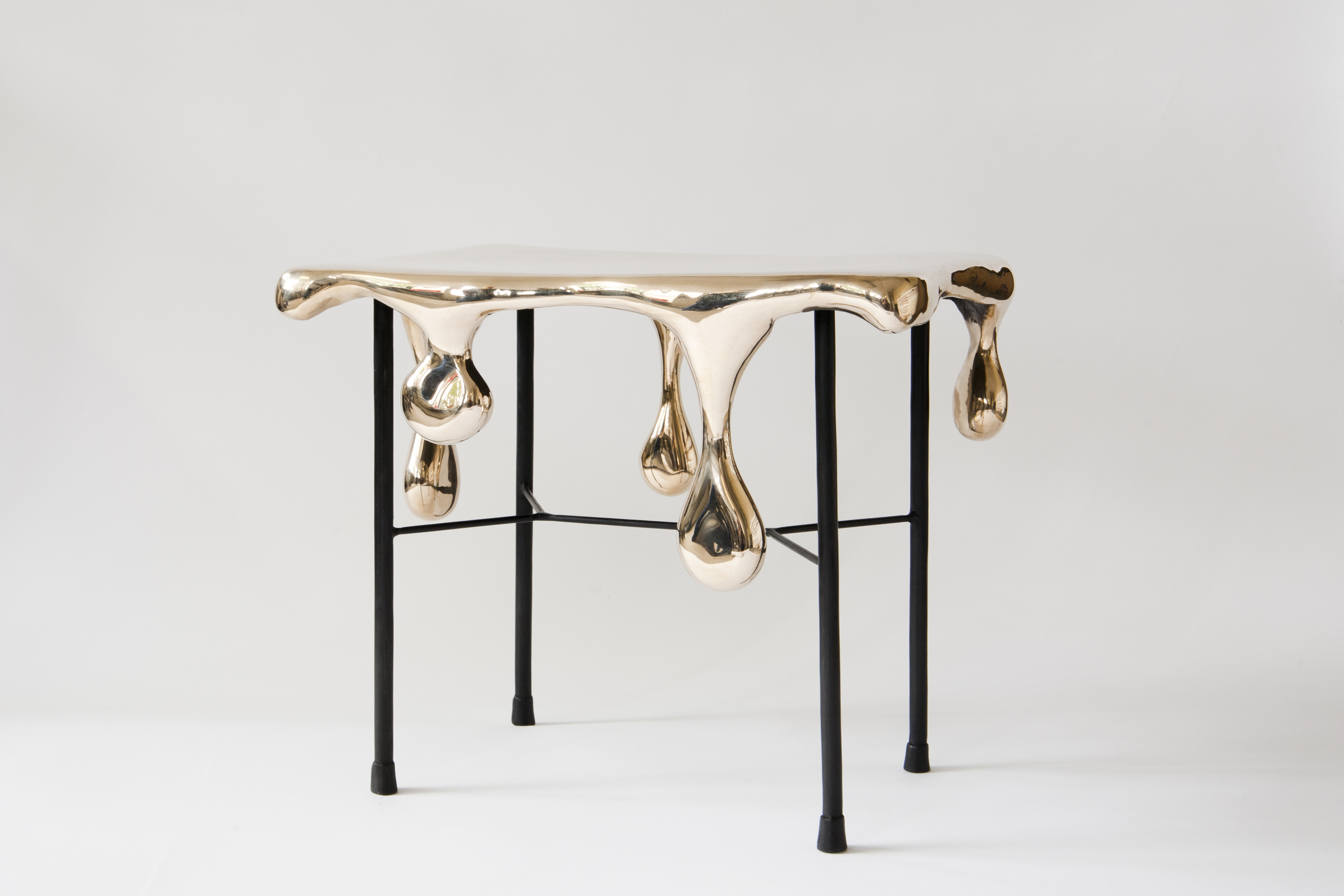 From November 14-18,  The Salon Art + Design 2019 will be held at Park Avenue Armory in New York City. The Salon Art + Design features 56 leading art and design galleries from 14 different countries, highlighting the trends of collectible design. Salon exhibitors are characterized by an eclecticism that is highly sought by today’s collectors and tastemakers. Both young and seasoned collectors approach the design market, seeking the new, the uncommon, and the accessible. The material offered at Salon ranges from periods that have now become classic: Bauhaus, Art Deco and mid-century design coexisting happily with work by young and established contemporary makers. Dutch gallery Priveekollektie Contemporary Art | Design is amongst the exhibitors this year.  There are six Dutch designers affiliated with Priveekollektie showcasing their work at The Salon.

Priveekollektie Contemporary Art | Design is a leading international gallery of contemporary and functional art. Based in the Netherlands, Priveekollektie actively works with a range of collectors, represents internationally recognized artists and designers, and provides a platform for up-and-coming talents to showcase their exceptional pieces. Priveekollektie, translated private collection, indicates the policy and provenance of the gallery. The name transmits the gallery’s mission: to aid collectors in forming their personal collections of art + design. The name further reflects the gallery’s legacy in personal curation and intimate bonds with collectors and artists.

Reinier Bosch’s (1980, Groningen) works are inspired by photographic reality both in his native Netherlands and abroad. He observes life in different cultures and translates what he experiences into his creative process. His works are layered, in the composition and arrangement of materials, but also in the stories they tell. The use of common materials and a reference to everyday life is characteristic of his work. At the core of Reinier Bosch’s work is the notion that the universe exists as pure energy. 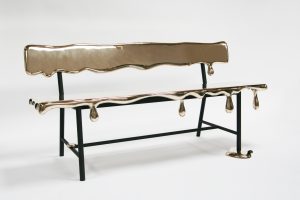 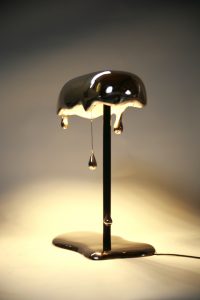 Hans van Houwelingen’s work reflects its time and explores the past as a way of activity engaging with the present. Subtle interventions transform the context, thus creating fresh perspectives as well as new visions and paradigms. Today we are familiar with the tarnished future of the child who had the swastika proudly pinned to his oversized brown shirt. He himself does not know what the future holds, and shows us the naïve innocence of the dream of proving one’s masculinity. Does our time reflect that of the boy or vice versa perhaps? In what way are we deluding ourselves? Do we know what time will bring forth? Van Houwelingen explores the fragility of dreams of heroism and shows us the irrevocability of unconditional surrender. 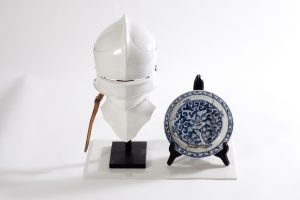 After a tumultuous ride Kor got his master’s degree in fine arts at the Dutch Art Institute (DAI) in 2005. Kor returned to Groningen where he once studied fine arts at Academie Minerva. In these years the groundwork was layed for his artistic career. Already in his years at Academy Minerva Kor showed a keen interest in nature and science. And later having a mathematician as a mentor at DAI made sure he would embrace this flavor of arts to the fullest extent ever since. In Groningen he started producing ‘instruments’; applied artistic extensions of the senses. These autonomous instruments would be played by physical aspects of the surroundings they were exposed to. Transducing for instance what they ‘felt’ into musical score and play it. But also, a variety of other automatons were made, each susceptible to some distinct parameter in their physical surroundings. Not interactive but rather reactive. This line of thought is illustrative of Kor’s world view. Set up an experiment and see. The interactions of his instruments with their surroundings illustrate the artists ability to tap into the fundamentals of reality. What makes pressure sound, why does my mind construct time, why can we only see so much light? ..Think of a boy gazing at the stars. 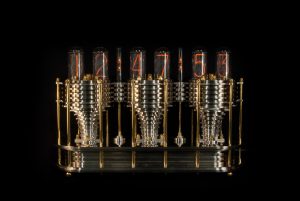 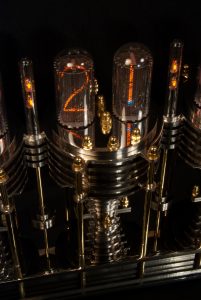 The company’s complex restoration of a seventeenth-century flower pyramid, one of the most prized pieces in the Rijksmuseum, prompted it to assign the 2008 project Pyramids of Makkum to four designers with whom the company felt it had a very close relationship. Hella Jongerius, Studio Makkink & Bey, Studio Job and Alexander van Slobbe were asked to come up with a contemporary response to the flower tower. They had to keep to the idea of an ‘ornamental vase’ and stay within the dimensions of the original flower tower. The designers were at liberty to include any aspect of the historical context or tower they so desired.

‘Tomorrow’s heritage’
The assignment resulted from the desire not to limit the acquired expertise in restoration, but to deploy and exhibit it more broadly. The result is a very impressive display of five amazing pieces: the traditional replica and the four inspirations all made using the original faience technique. The Zuiderzee Museum in Enkhuizen bought the first series in advance, thereby contributing to the realization of the project. The series is made in a limited edition of seven pieces and is already regarded as part of ‘tomorrow’s heritage’.

Specifications
The traditional replica and the four inspirations in a series of 7. De average size is 400x400x1500 mm (height) Delftware: the product was formed from local clay and fired. A tin glaze, created in-house, was applied to the fired pots. The painted decoration was applied on top of the raw glaze and then the product was carefully fired a second time. 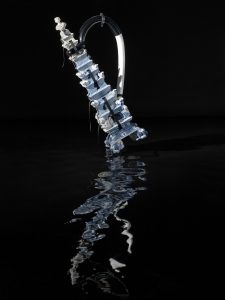 Corine van Voorbergen is an intuitive artist who uses minimalistic round art forms to focus on the idea of eternal movement.  Corine believes that “art and interior design should complement each other”. From this perspective Corine moves through both fields, presenting her work at Art Fairs, in Galleries and at Interior Design events around the world. 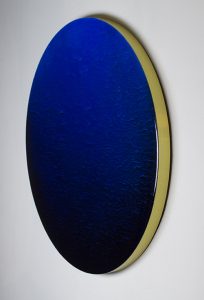 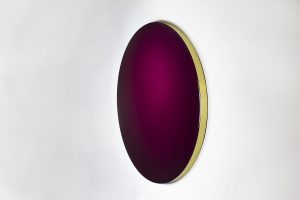 Founded in 2009 by Carolina Wilcke, the studio’s signature aesthetic was born with the release of her very first installation: the 3 dimensional still life “Tafelgenoten” which combines several materials and crafts. This photograph of a still-life, existing of the tableware that is part of the installation, refers to seventeenth century painters, who showed their versatility by painting diverse textures in still-lifes. Moreover, the installation as a whole is a reflection of this important period in the Dutch art history, as Wilcke shows her craftmanship in the execution of each of the objects.

Carolina Wilcke’s interest for all things creative is live-long. Before her initial training as a goldsmith, she wanted to be a sculptor and quotes Brancusi as one of her influences. An encounter with a glodsmith led her to this new path. However, when completing this study, she was looking for more. “I learnt a craft, to find out I actually wanted to design things”. Carolina attended the would-famous Design Academy Eindhoven, in order to acquire the tools that could help her channel her abundant imagination. She received her degree in 2009, when the Academy was directed by the famous trend forecaster, curator, publisher, and educator Li Edelkoort. Carolina graduated specializing in interior products that are on the edge of art and design. During the intitution’s graduation show in 2009 Irving and Miriam van Dijk, the gallerists from Priveekollektie Contemporary Art |Design, immediately noticed the intriguing combination between the celebration of art history and her refined re-interpretation and appropriation of it. Just one year later, in 2010, Priveekollektie was already internationally showcasing her pieces “4D Cabinet”and “Tafelgenoten”during Design Miami/Basel. Caronlina set her name in the international design world.

The young artist and designer’s high level work is exactly what collectors and design brands search when scouting for cutting edge and collectible design. 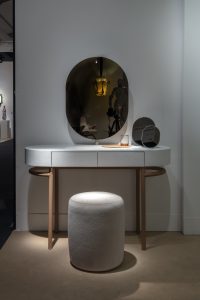 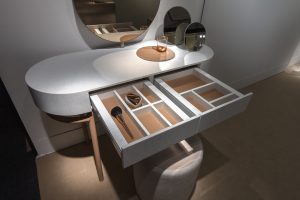