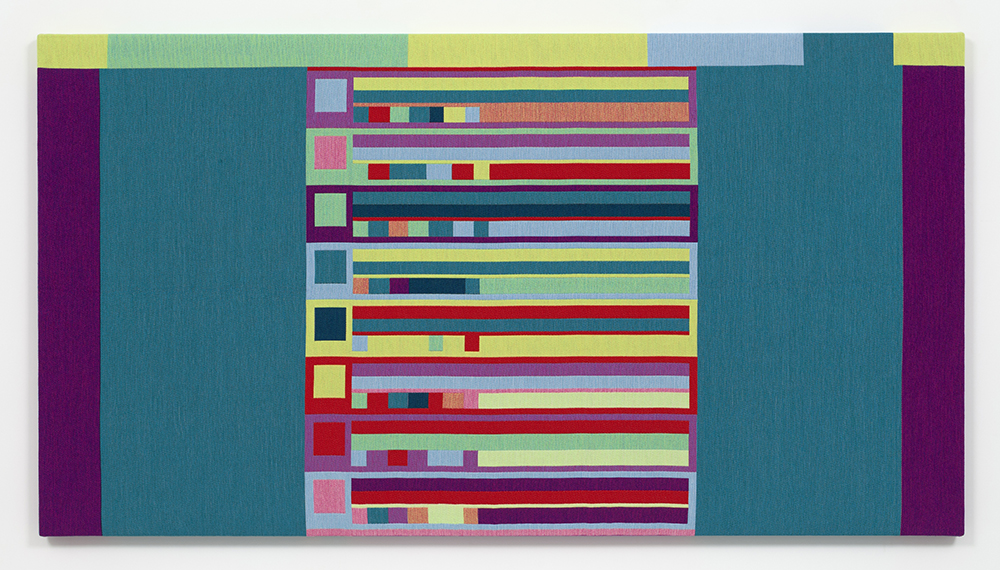 Rozendaal’s third solo exhibition at Steve Turner gallery, “Abstract Browsing,” consists of Jacquard woven tapestries and an installation of haiku wall paintings. An avid explorer of the Internet, Rozendaal finds inspiration within its inner workings. Using a plugin that he created which enables him to view the bare structure of any website, he looks at hundreds of websites every day hoping to select a single one that will become the basis for a tapestry. He looks for unusual compositions—those that an artist would not have made—and aims to discover “weird hybrids of human design and machine optimizing.” He likens pixels on a computer screen to stitches on a weaving and uses bright colors to achieve maximum impact. 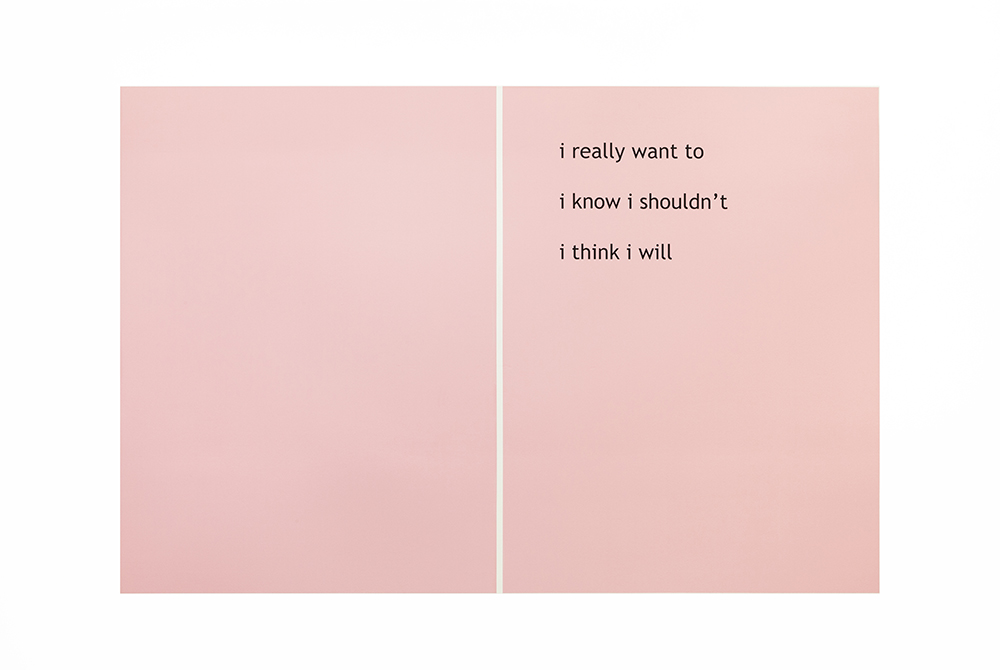 While Rozendaal’s weavings are complicated to produce, his haiku wall works are exceedingly simple, consisting of vinyl letters applied directly to the wall. Rozendaal also finds that haiku is particularly suited to presentation on the Internet: They fit into a tweet and can be shared and reblogged. The Internet allows for ample free access to the best texts, images, films and music, all the things that matter to Rozendaal. Similarly, it is a place that enables him to publish whatever comes to mind, to share his art with the world. However, like the tapestries that make the image of the abstracted website stand still, haiku texts are motionless when presented on a wall. The Internet is a hectic place of constant activity while an exhibition offers the opportunity for quiet concentration and contemplation. The room is empty of everything except the haiku. According to Rozendaal, “artifacts deteriorate, words are forever.” 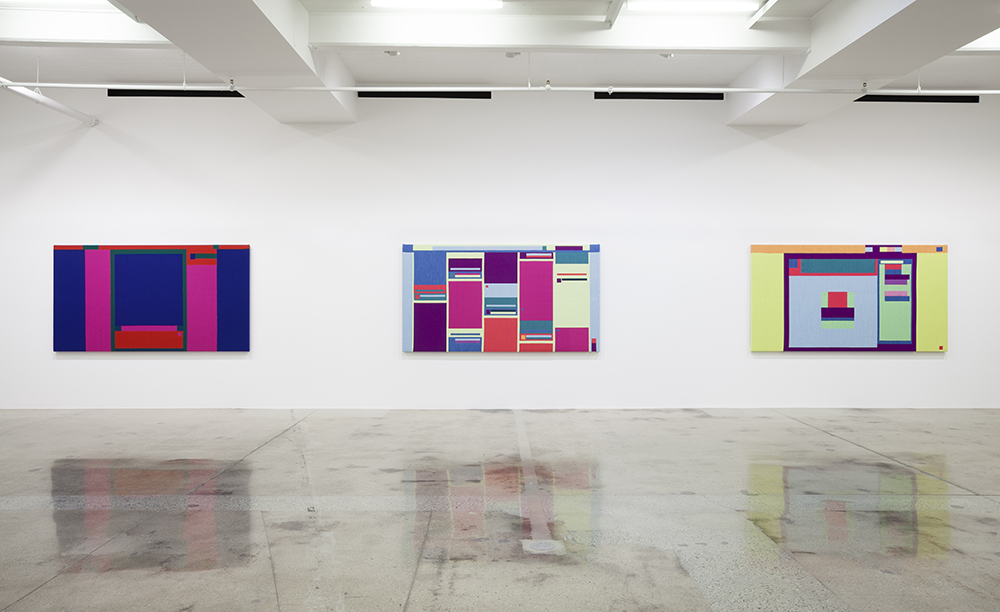 Rafaël Rozendaal (born 1980, Amsterdam) first rose to prominence over ten years ago by using the internet as a venue for the websites he created as pure art. He subsequently has created related lenticular paintings and room installations that incorporate websites. He has had recent solo exhibitions at Upstream Gallery, Amsterdam (2014); Postmasters Gallery, New York (2013 & 2015) and Steve Turner, Los Angeles (2012 & 2014). In 2015, one of his websites was presented nightly on multiple screens in Times Square, New York. He lives and works everywhere.