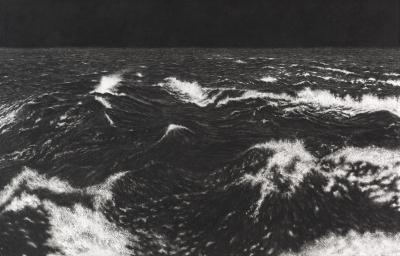 Livingstone Gallery presents a solo exhibition of Raquel Maulwurf at PULSE New York from May 8 until May 11.

Livingstone Gallery presents a solo exhibition of Raquel Maulwurf at PULSE Contemporary Art Fair in New York from May 8-11, 2014.

Raquel Maulwurf is also nominated for the PULSE Prize, the jury awarded grant given to an artist of distinction featured in a solo exhibition at the fair. The prize will be awarded at the fair on the evening of 9 May 2014.

Since 2005, PULSE Contemporary Art Fair has nurtured galleries and created an international community for them to grow within the contemporary art market.

PULSE combines thoughtfully curated exhibitions with an evolving series of programming, which reflects the fair’s commitment to making the visitor experience a dynamic one.

Under the leadership of Helen Toomer, newly appointed director, PULSE New York 2014 will present a revitalized platform for the discovery of contemporary art and will continue to demonstrate the fair’s commitment to the exchange of ideas from pioneering and seasoned artists.