Re-installation of the Adrian Block Tablet 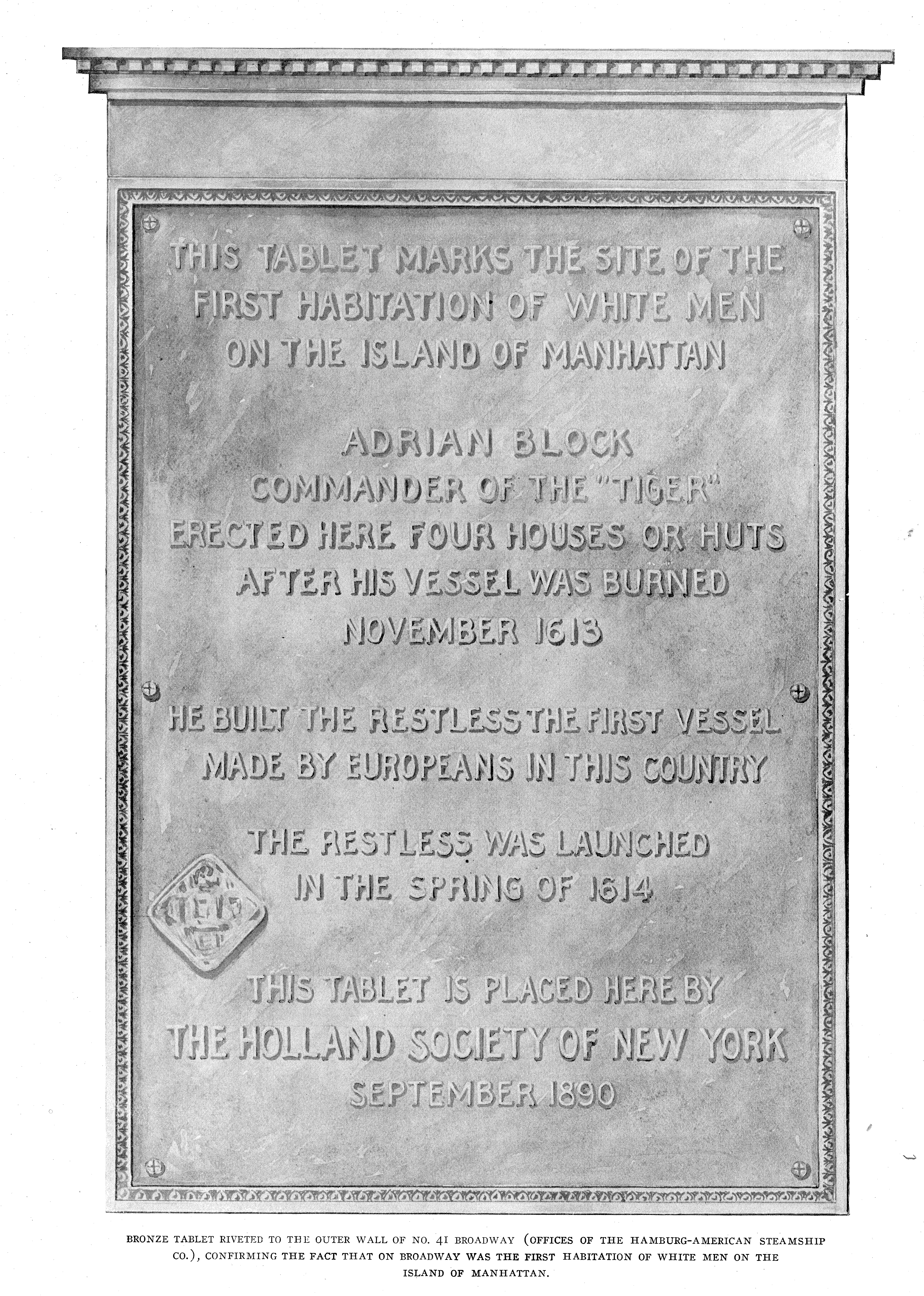 On September 18, 2017, the bronze commemorative tablet of Adrian Block will be re-installed at the Broadway Atrium Building

On September 18, 2017, the bronze commemorative tablet of Adrian Block will be re-installed at the former Aldrich Court, 41-45 Broadway in New York. For more information click here.

A Brief History of the Adrian Block Tablet

The bronze commemorative tablet was originally installed in September 1890 at the former Aldrich Court, 41-45 Broadway. When that building was demolished in 1982, the tablet was removed from the building and returned to The Holland Society, where it has remained in storage.

Earlier this year, the tablet was restored and plans were made to return it to its former location on Broadway, which today is the Broadway Atrium Building.

September 2017 marks the 127th anniversary of the tablet’s original dedication by The Holland Society of New York.

11:00 am – Short Welcome by the President of The Holland Society, Andrew Terhune

11:15 am – Remarks by Consul General of the Kingdom of the Netherlands Dolph Hogewoning

11:20 am – Remarks by the Majority Leader of the New York Council Jimmy van Bramer

Adriaen Block (c. 1567 – 1627) was a Dutch private trader and navigator who is best known for exploring the coastal and river valley areas between present-day New Jersey and Massachusetts during four voyages from 1611 to 1614, following the 1609 expedition by Henry Hudson.