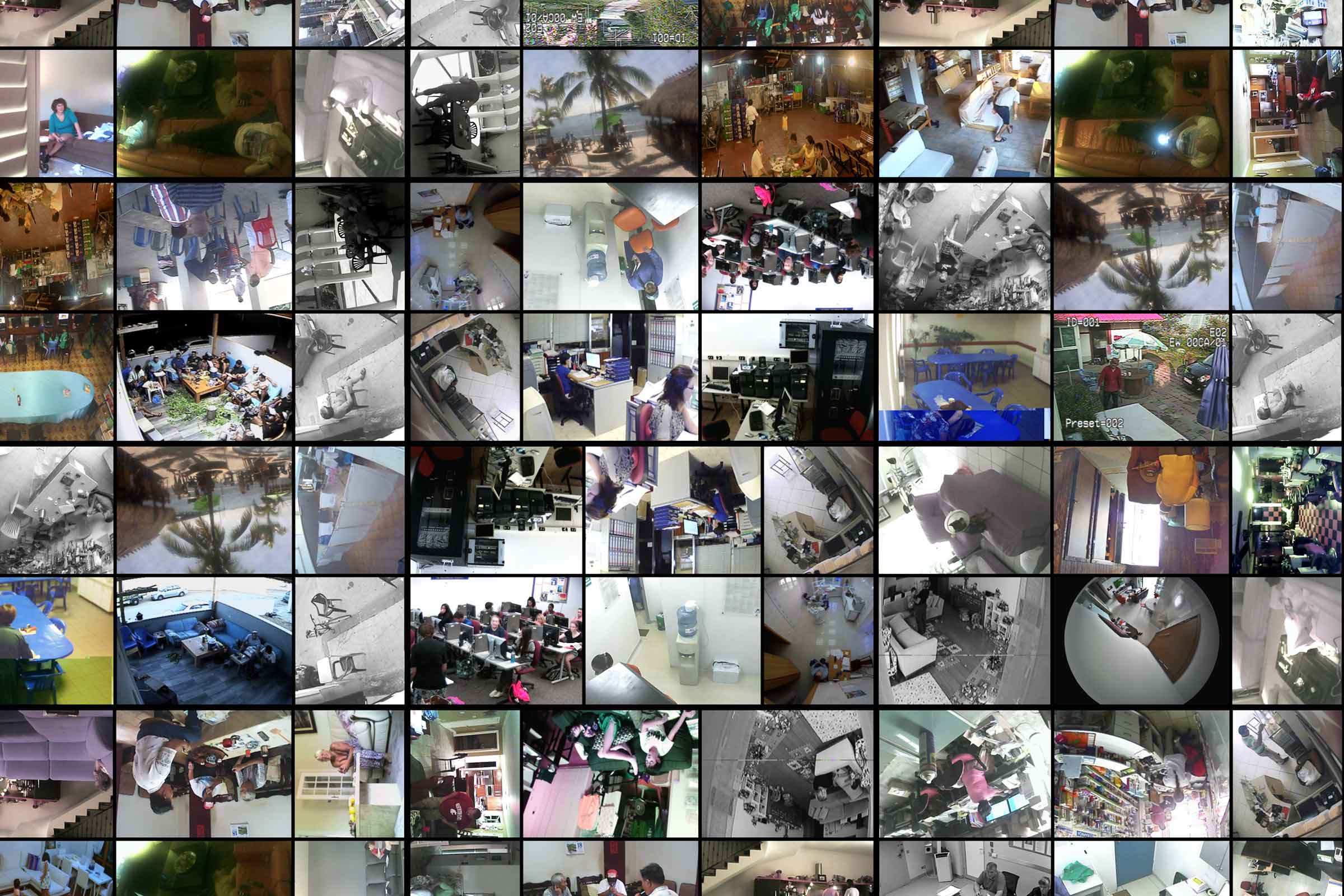 from October 5 – 9 , the installation comprises four television screens on the floor which broadcast over 6 hours of pre-recorded footage of streams from unsecured IP cameras

Pierre Derks will be at the Cincinnati FotoFocus Biennial from October 5 – 9 with his installation “Re-Streaming Reality #1”. The video installation is a special extension of The Peeled Eye exhibition at Wave Pool’s Gallery which investigates the idea of constant supervision and the immense amount of data and images that emerge from it. The artists in this exhibition seek to discover and understand how we are being watched and what this surveillance produces. Selected artists have chosen to appropriate images and content created by these outside sources, whether it be Google, social media, or surveillance cameras, and make artwork that reflects humanity in this unique place in time under the surveillance machine.

The installation Re-streaming Reality #1 by visual artist Pierre Derks comprises four television screens on the floor which broadcast over 6 hours of pre-recorded footage of streams from unsecured IP cameras. Attentively selected and edited footage reveals an eerie glimpse of the surveillance streams that are publicly accessible over the Internet.

The television screens are bordered by seats resembling the ones featured in the videos. The process of mirroring is strengthened when viewers are seated, watching the footage from the same angle as recorded by the camera. Each looped video has its own discreet rhythmic sound score (of sound effects matching the footage) that connects the four units. The work is the successor of his 2013 Streaming Reality: a projection of 805 live streams.
Even after a decade of making headlines, still thousands of streams are on view online. Derks did not use (specialized) search engines or techniques to connect to these streams. The footage came from IP camera streams that were indexed and published by others and viewable on public websites as such.

Visual artist Pierre Derks amplifies his critical observations on trends in society by concept-driven projects. His graduation from the Graphic Design department of the Royal Academy of Art in The Hague involved anonymizing and exposing accidentally shared private data and footage that he found on personal computers of peer-to-peer software users.  Privacy has proven to be a a recurrent element in his work, even in the recent video series ‘Mind your step’ in which his photos and videos isolate certain individuals from the crowd based on specific similarities in action or appearance, exposing “the individual in the masses and the masses in the individual.”
Derks’ 2013 solo exhibition ‘Screening Reality’ at LhGWR in The Hague, included ‘Streaming Reality’: a projection of 805 live streams of unsecured IP cameras, merged with television-style elements like a news ticker. Carefully determined live twitter search results functioned as the subtitle of the streams. The successor of this projection is the 2016 installation Re-streaming Reality #1.