On November 16th, the Consulate General of the Kingdom of the Netherlands in New York organized a roundtable and expert meeting on Shared Cultural Heritage with various New York City and New York State cultural heritage institutions that incorporate Dutch history into their goals and activities. 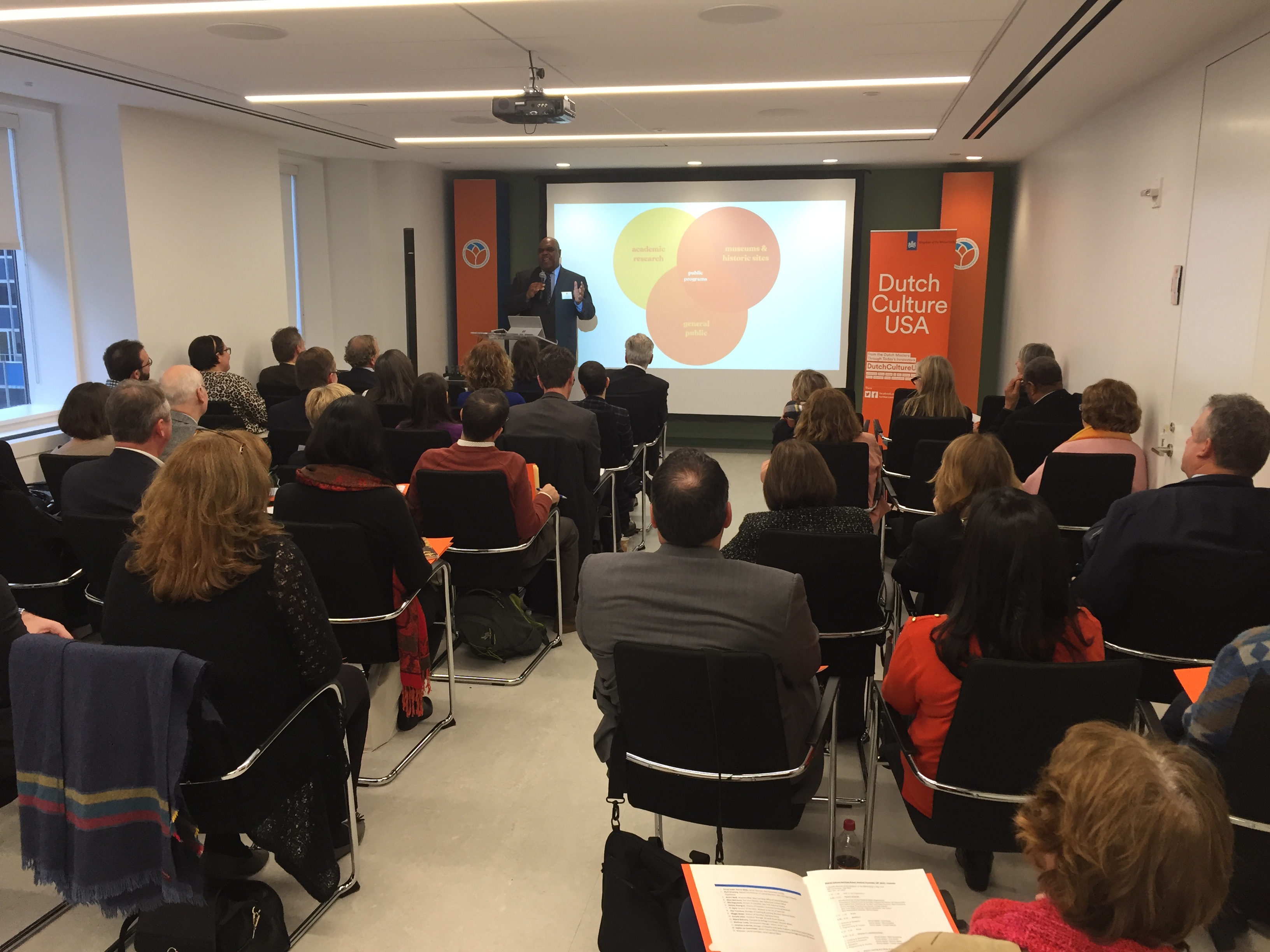 In the morning of November 16, top-level representatives from major cultural institutions in New York City and New York State met in a roundtable meeting. They explored opportunities for collaboration on events and projects in order to better tell the story of Dutch-American shared cultural heritage. The roundtable attendees learned about the Consulate General’s mission, and the shared heritage project’s goals and support. Participants also discussed relevant future projects that their respective institutions had planned and explored opportunities for cross-collaboration with other New York-  or Netherlands-based counterparts that would strengthen each others’ exhibitions or programming. 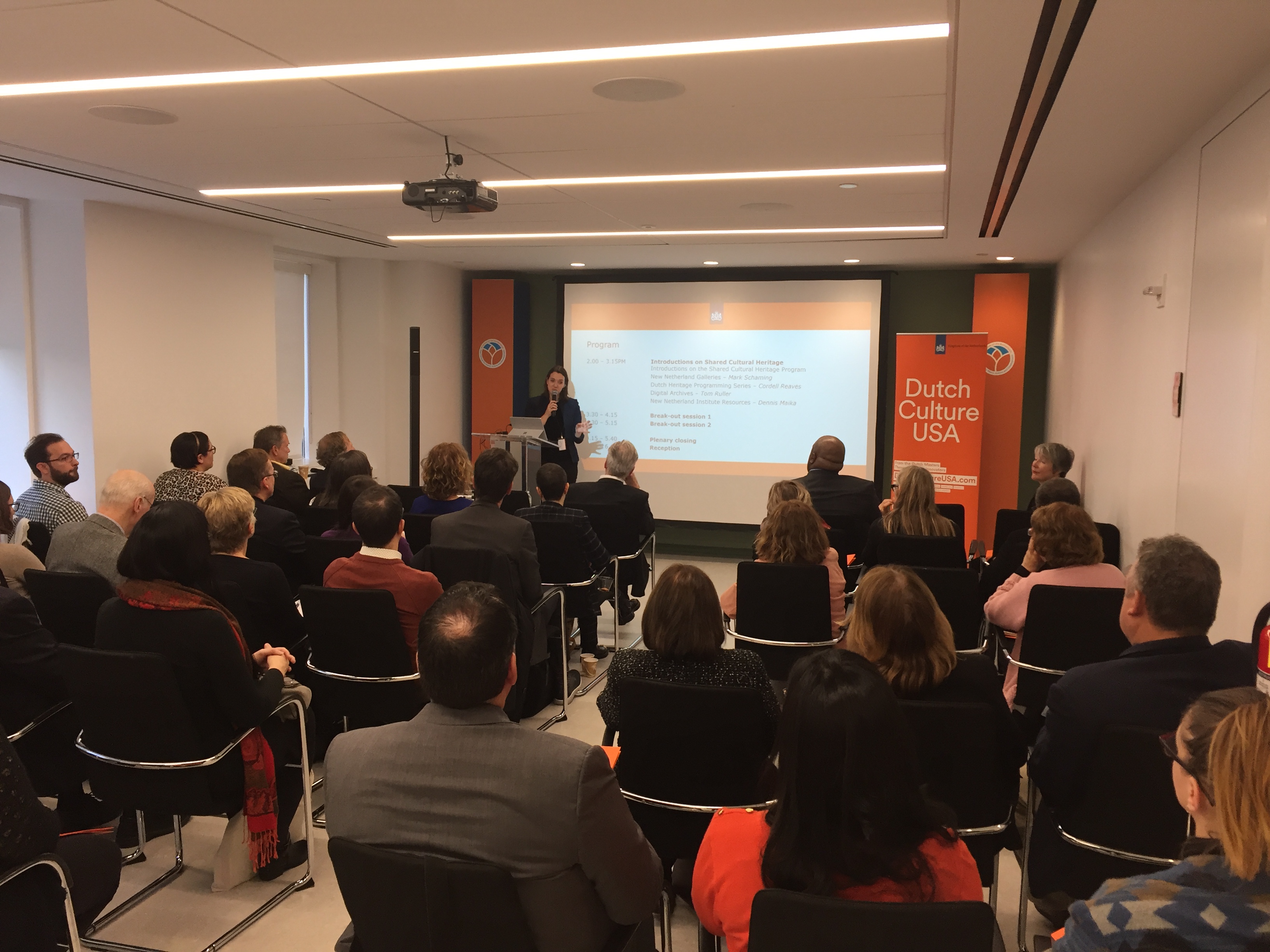 In the afternoon, the Consulate General facilitated the first expert meeting of its kind to be held in New York City. The audience, consisting of educators, curators, researchers, archivists, programmers, and historic house directors were welcomed by Consul General Dolph Hogewoning. His colleague at the Consulate General Sophie van Doornmalen, Senior Cultural Officer Shared Cultural Heritage and Dutch Old Masters followed by informing the audience about the Shared Cultural Heritage Program. The first of the invitees of the event, Mark Schaming, gave a presentation on the plans for the New Netherland Gallery in the New York State Museum. Subsequently, Cordell Reaves held a presentation on the Dutch Heritage Programming Series. Tom Ruller of the New York State Archives then discussed the digitization of the Dutch colonial papers which they digitized in collaboration with the National Archives in The Hague. Finally, Dennis Maika informed the audience about the resources of the New Netherland Institute.

The subsequent program offered attendees the unique opportunity to exchange knowledge and to network. In several break-out sessions (Education, Archives & Research, Programming & Tourism, and Curating & Storytelling), experts in the field came together to discuss challenges, future projects and potential collaborations on Dutch-American Heritage.