From March 5 until August 7, Rembrandt and other Dutch masters will be part of a Van Dyck portrait print exhibition at the Art Institute in Chicago.

From March 5 until August 7, Rembrandt and other Dutch masters will be part of a Van Dyck portrait print exhibition at the Art Institute of Chicago, IL.

Witness from up close how Old Masters were influenced by each other’s work at “Van Dyck, Rembrandt and the Portrait Print.” Presenting works made after, as well as before Van Dyck’s famous “Iconography” series, the exhibition examines the Flemish painter’s lasting influence on the evolution of portrait print. Featuring Dutch Masters like Goltzius, Rembrandt, and Lievens, the show allows us to place art from the Netherlands in its historic and artistic context. 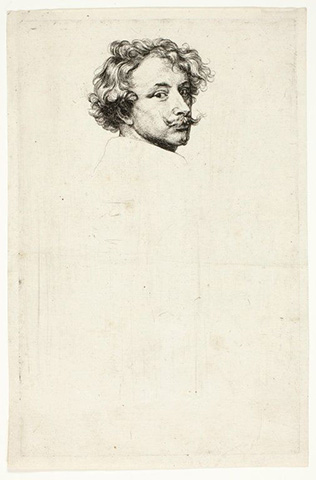 In the last decade of his life, acclaimed painter Anthony van Dyck (1599–1641) began a printmaking project that would change the conventions of portraiture: the “Iconography.” This art history–changing series of over 100 portrait prints radically depicted artists on par with the most significant monarchs, diplomats, and scholars of the day. Presenting several etchings from the “Iconography—on view for the first time in nearly 90 years—together with works by various artists from the 16th through the 20th century, this exhibition examines Van Dyck’s lasting influence on the evolution of the portrait print and its significance as a distinct genre.

About the Art Institute Chicago

The Art Institute of Chicago was founded as both a museum and school for the fine arts in 1879, a critical era in the history of Chicago as civic energies were devoted to rebuilding the metropolis that had been destroyed by the Great Fire of 1871. Its first collections consisting primarily of plaster casts, the Art Institute found its permanent home in 1893, when it moved into a building, constructed jointly with the city of Chicago for the World’s Columbian Exposition, at the intersection of Michigan Avenue and Adams Street. That building, its entry flanked by the two famous bronze lions, remains the “front door” of the museum even today. In keeping with the academic origins of the institution, a research library was constructed in 1901; eight major expansions for gallery and administrative space have followed, with the latest being the Modern Wing, which opened in 2009. The permanent collection has grown from plaster casts to nearly 300,000 works of art in fields ranging from Chinese bronzes to contemporary design and from textiles to installation art. Together, the School of the Art Institute of Chicago and the museum of the Art Institute of Chicago are now internationally recognized as two of the leading fine-arts institutions in the United States.