Rembrandt Self-Portrait with Shaded Eyes on view at Detroit Institute of Arts, on loan from Leiden Collection 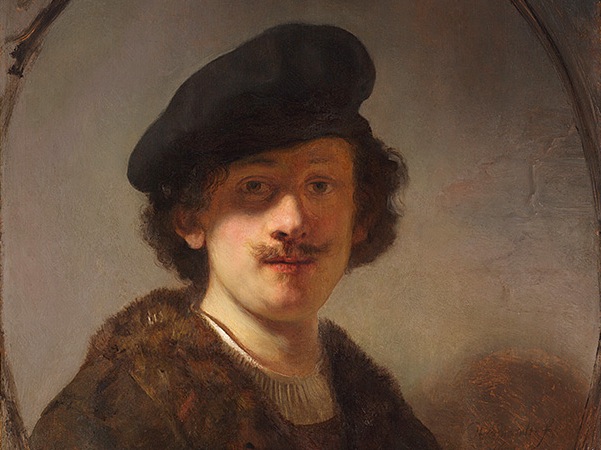 From December 19 2014 to December 13 2015 Rembrandt van Rijn's Self-Portrait with Shaded Eyes will be on view at Detroit Institute of Arts.

Detroit Institute of Arts (DIA) visitors will have an opportunity to see a Rembrandt van Rijn masterpiece that remained undiscovered for more than three centuries. Self-Portrait with Shaded Eyes, on loan from the Leiden Collection, New York, will be on view at from Dec. 19, 2014 to Dec. 13, 2015.

Self-Portrait with Shaded Eyes features a 28-year-old Rembrandt wearing a fur coat and a beret that casts a shadow over his eyes. The painting wasn’t discovered until 1995, more than three centuries after it was created in 1634. It had been hidden under another portrait thought to be painted by one of Rembrandt’s students. In 1995, an X-ray revealed the signed Rembrandt self-portrait.

Rembrandt started painting self-portraits in the late 1620s and tended to portray himself wearing berets, fanciful costumes and accessories. His self-portraits stand out from those of other artists because of his endless variety and creativity. Although he painted the same subject 40 times, no two self-portraits look quite alike.

Self-Portrait with Shaded Eyes will be on display in the Dutch gallery on the third floor and is free with museum admission. Also on view in the same gallery are three of the DIA’s Rembrandt paintings, The Weeping Woman, The Visitation and Titus.