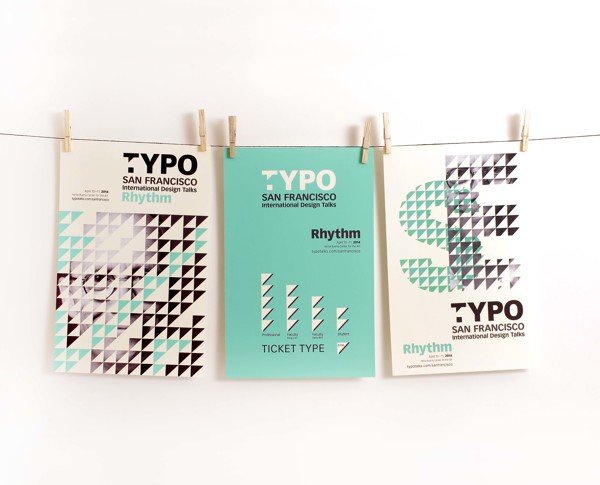 On April 10, Rene Knip (Atelier Rene Knip) and Luna Maurer (Moniker) participate at TYPO International Design Talks, San Francisco 2014. This year’s theme, “Rhythm,” explores the cadence of the creative process, the underlying tempo of inspiration, and the beats of the design experience. Join a diverse and inspirational group of international and local creative speakers, professionals, faculty and students at Yerba Buena Center for the Arts.

Wandering Through the 2.5 Dimension

Rene Knip will give a lecture about the spatial and environmental possibilities of type. A talk about the 2.5 dimension, about material and color, about passion and autonomous behavior in an applied world.

René Knip studied at the Academy of visual Arts St.Joost, Breda, The Netherlands. René initially planned to become a painter, but an important teacher, type designer and calligrapher Chris Brand, stimulated his fascination for lettering, calligraphy and typography. For this reason he switched to the applied arts. He graduated with distinction in 1990. After an intensive training of three years as the assistant designer to Anthon Beeke, he started his own atelier in 1992. Atelier René Knip concentrates on graphic design at the dividing line between flat and three-dimensional works. Knip calls it the “2-1/2 dimension”. In his opinion this is a fallow land, a largely unexplored field. Other typical ARK interests are the miraculous effects between the male and the female: the autonomic possibilities of the applied graphic art; the independency of material and colour; and type design and calligraphy as visual tools. ARKTYPE.NL was launched in 2012, 25 architectural type related projects which he designed together with graphic designer Janno Hahn. These spatial letter tools will be for sale on the internet.

Connect Your Line to a Line in a Different Color

For the TYPO conference Luna Maurer approaches her work from the perspective of Rhythm. As Moniker they are interested in processes rather than products. Wikipedia defines Rhythm as “a regulated succession of elements or conditions” and as “patterns in time”. It seems that their work is very closely related to the this years’ theme. Designing processes involves the repetition of tasks, iterating rules or cycling through codes. Ideally their works are everchanging and never finished. These repetitions turn into slowly growing images, animations, drawings, websites, etc. Moniker is interested in using the individuality of real people to create a bigger work that surprises us with unexpected behavior and patterns. In this talk Luna Maurer will elaborate on these concepts and their rhythmical connotations.

Moniker is an Amsterdam based design studio founded in 2012 by Luna Maurer, Jonathan Puckey and Roel Wouters. With Moniker, which means nickname or pseudonym, they work on commissioned design projects while also investing in projects of an autonomous and experimental nature. The studio works across various media for a diverse range of clients, from those in the cultural field to commercial companies. With their projects, Moniker explores the social effects of technology — how we use it and how it influences our daily lives. Often, they ask the public to take part in the development of the projects. The resulting projects expand and grow like plants, displaying their inner organizational processes. Moniker specializes in interactive, print, video, physical installation and performance-based work.