Requiem for the American Dream selected for Tribeca Film Festival 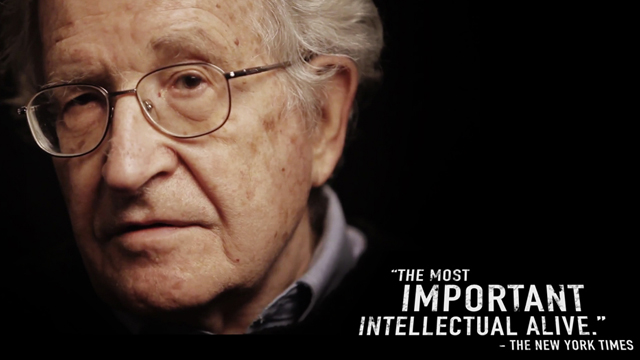 'Requiem for the American Dream' selected for Tribeca Film Festival

‘Requiem for the American Dream‘ has been selected for the Tribeca Film Festival. The film, (co)directed and produced by Dutch filmmaker Kelly Nyks will be screened on April 18 at the SVA Theatre and on April 19, 20, 25 and 26 at Bow Tie Cinemas Chelsea. Time Out has listed the film as one of the best movies at this year’s festival and IndieWIRE has listed the film as one of twelve must-see films at the festival.

‘Requiem For The American Dream’ is the definitive discourse with Noam Chomsky, widely regarded as the most important intellectual alive, on the defining characteristic of our time – the deliberate concentration of wealth and power in the hands of a select few.

Through interviews filmed over four years, Chomsky unpacks the principles that have brought us to the crossroads of historically unprecedented inequality – tracing a half-century of policies designed to favor the most wealthy at the expense of the majority – while also looking back on his own life of activism and political participation.

Profoundly personal and thought provoking, Chomsky provides penetrating insight into what may well be the lasting legacy of our time – the death of the middle class, and swan song of functioning democracy. A potent reminder that power ultimately rests in the hands of the governed, REQUIEM is required viewing for all who maintain hope in a shared stake in the future.

Kelly Nyks is a Partner in PF Pictures and award-winning director of narrative & documentary films, Kelly has worked across Europe, Asia and America. He most recently directed and produced DISRUPTION – the story of the greatest crisis mankind has ever faced and the movement rising to fight it.

He produced and directed DO THE MATH – chronicling America’s preeminent environmentalist Bill McKibben in a david-vs-goliath battle to fight the fossil fuel industry and change the terrifying math of the climate crisis.

Kelly wrote, directed and produced SPLIT: A DEEPER DIVIDE – a non-partisan investigation of the US political divide hailed by Variety as a ‘solid, evenhanded spur for discussion’ and ‘a Must See’ by The Examiner. International broadcasts include Germany (ZDF), Japan (NHK), Austria (ORF), Spain (MultiCanal), Finland (YLE), Israel (Channel Eight) and Taiwan (PTS).

His directorial debut SPLIT: A DIVIDED AMERICA won Best Documentary and Audience Favorite awards at festivals nationwide, was broadcast domestically (IFC) and internationally (Films Transit) and cornerstoned a nationwide educational campaign to educate First Time Voters in partnership with the National Council for the Social Studies and the National Association of Secondary School Principals. Through the US State Department Public Diplomacy Speakers Program Kelly has screened the film in cities around the world including Beijing, Berlin, Madrid, Istanbul, Amsterdam, Toulouse, Taipei, Barcelona, Munich, Brussels, Paris and Valencia, among others.

Kelly produced THE ARTIFICIAL LEAF which won the Jury Prize in the Focus Forward Filmmaker Competition and will play Film Festivals worldwide this year.