Rhizome receives largest donation in its history from Rafaël Rozendaal 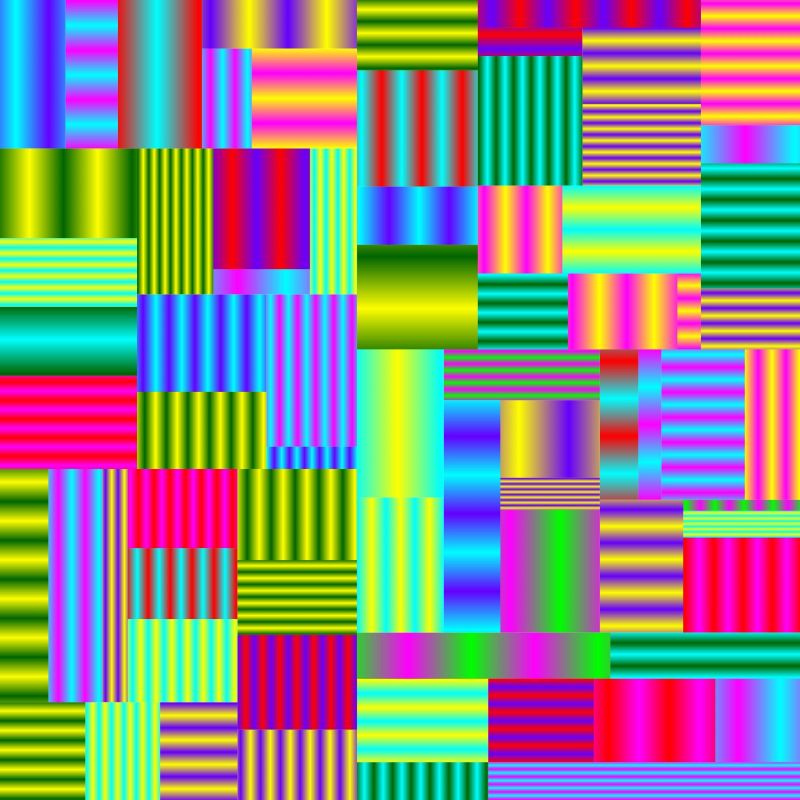 Rhizome, the leading born-digital art and culture organization and longtime affiliate of the New Museum, is thrilled to announce receipt of the largest donation in the organization’s twenty-five-year history, from artist Rafaël Rozendaal, through a sale of Rozendaal’s Endless Nameless on the Art Blocks platform. On Friday, July 30, 1000 NFTs were created through a generative algorithm and auctioned off; a 50% split of the resulting sales directed more than 164 Ether (a cryptocurrency) to Rhizome, amounting to $430,000 at today’s USD-Ether exchange rate.

An artist long associated with the Rhizome community, Rozendaal has work included in “Net Art Anthology,” Rhizome’s exhibition of one hundred works that define internet art as a diverse field of practice. Rozendaal is also heavily represented in the ArtBase, an archive of more than 2,300 works of new media art stewarded by Rhizome and its digital preservation program. Rozendaal has been a leading artist in the NFT space, including the sale of his first NFT earlier this year.

“We’re overwhelmed by Rafaël’s generosity, along with his vision for a digital art field where artists, platforms, and institutions build the future together,” said Zachary Kaplan, Rhizome’s Executive Director.

Rozendaal’s gift was made possible with the built-in donation feature of Art Blocks, a platform for generative artists and creative coders to release projects that are stored on the Ethereum Blockchain. Last Friday, as 1000 unique artworks were minted and quickly sold, the smart contract governing the sale automatically directed a percentage to Rhizome. In directing this gift, Rozendaal noted the impact and importance of Rhizome’s ArtBase in the organization’s mission, and his appreciation of the NFT community for bringing new energy and engagement to digital art practice.

As an institution dedicated to born-digital art and culture, Rhizome has long sought to engage artists working with blockchain technologies and to offer critical and historical context. Kevin McCoy’s Quantum (2014), created as part of a project for that year’s edition of Rhizome’s art-tech platform Seven on Seven, is widely recognized as the first NFT. McCoy’s project evolved into a start-up, Monegraph, which then joined NEW INC, the cultural incubator of the New Museum, Rhizome’s longtime affiliate. For over a decade, Rhizome has published articles exploring the cultural implications of the blockchain and cryptocurrencies, by authors including Prosthetic Knowledge, Adam Rothstein, Nora Khan, Alice Bucknell, PWR Studio, Lucy Sollitt, and many others. Rhizome has presented artist projects such as Futures Along the Blockchain (2015) and 0xOmega, the blockchain-based religion conceived of by Matt Liston and presented at Seven on Seven 2018 with artist Avery Singer. Past events on the topic have included Blockchain Horizons in 2015; a crypto-focused edition of Seven on Seven in 2018; and this past spring, the NFT Aesthetics panel and the two-part “Welcome to the Metaverse” series. This past week, artist Katherine Frazer’s ikebananana2 – sketchbook (2021) became the first artwork minted as an NFT and subsequently accessioned into the ArtBase.

The gift arrives at an auspicious moment for Rhizome as it celebrates its 25th anniversary and following the recent relaunch of the institution-defining ArtBase, while looking ahead to how Rhizome can work with artists, engineers, partners, and the public to shape and support the future of born-digital art and culture. In the coming months, Rhizome will make further announcements as to how the gift will be used.