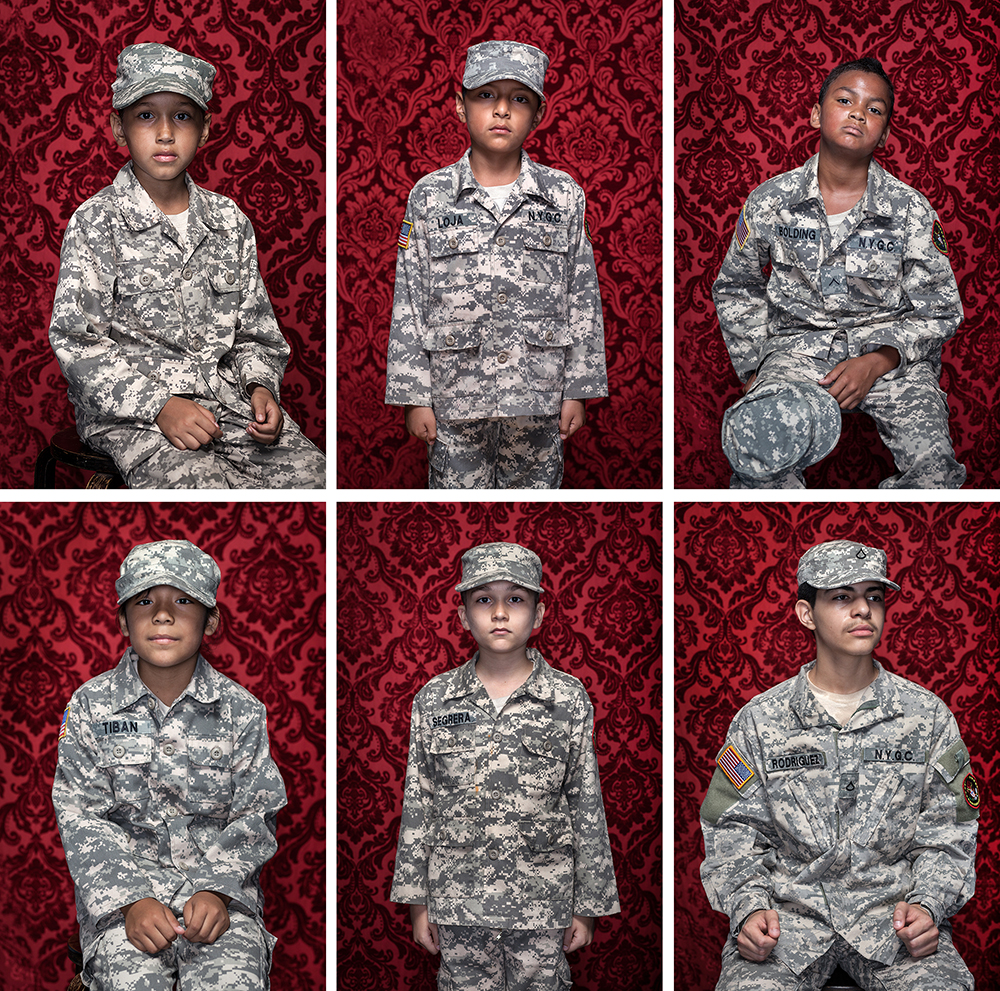 On July 16, IN-HAUS organized NOWNY15 an exhibition to benefit the organization MIDNIGHT RUN. Richard Koek was given the opportunity to exhibit his new series of CADETS with 23 fellow photographers, at Jack Studios in NYC. Koek’s work is now available in smaller print size to raise money for MIDNIGHT RUN.

Your purchase can keep the project running while it will cover transport, lighting and equipment expenses. Koek is offering a smaller version of the exhibited works. A limited SET OF TWO printed cadets or the complete set of SIX. These are not inkjet prints but stunning Dye Sublimation Prints (or Metal Prints). Staying in line with the original good cause, Koek will donate $25 to MIDNIGHT RUN on every order!

Born in The Netherlands and raised by an Argentinian mother he decided to exchange his native Amsterdam for New York City. Koek has steadily gained ground in the American scene with assignments for publications such as The New York Times, The New York Review of Books, Interview Magazine, Stern Magazine and has worked for companies such as Armani, Microsoft, Pepsi&Co and L’Oreal.

Bushwick is a neighborhood in Brooklyn. Its streets, once dominated by countless liquor stores and churches, are slowly but surely being gentrified by artists and young professionals. Still in the basement of a school Lt. Col. George Irizarry trains his young cadets, ranging in the ages from 7 to 17, to respect authority, to have discipline and to gain self control. Many academies operate in New York City. Mostly hidden from the public eye ​you hear them grunt: “One, Sergeant!, Two, Sergeant!, Three Sergeant!” as a​ 17 year-old drill sergeant weaves between the neatly aligned bodies. The young soldiers often do not know the meaning of discipline, somehow they love it, because to them somebody genuinely cares.