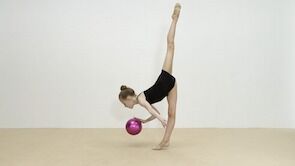 Rineke Dijkstra presents video installations ‘Rehearsals’ at the Milwaukee Art Museum until January 1. Two video installations, ‘Marianna (The Fairy Doll)’ and ‘The Gymschool, St. Petersburg’, will make their museum debut in this exhibition. Dijkstra filmed the two video installations of ‘Rehearsals’ in Russia. The works examine the intensive rehearsals of young girls, practicing ballet. The first single-channel video, ‘Marianna’, presents a touching portrait of a ballerina as she practices for an audition in the prestigious Vaganova ballet academy. ‘The Gymschool, St. Petersburg’ is a three-channel video, highlighting the flexibility and strict discipline of a group of young rhythmic gymnasts. Both videos, which Dijkstra produced for Manifesta, the European biennial of contemporary art, in 2014, reveal complex layers of determination and fragility as the girls attempt to conceal their emotions and perfect their crafts. These videos capture young girls who have dedicated their lives to practicing incredible athletic routines. Rineke Dijkstra does not concentrate on the final, polished performance but, rather, focuses on what is, in fact, a more impressive feat: the repetition, resolve, determination and constant practice that it takes to become a truly gifted performer. As the girls attempt to conceal their personal emotions, Dijkstra finds beauty in the moments of imperfection when they reveal their humanity. 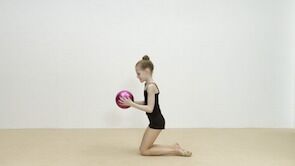 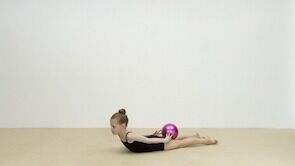 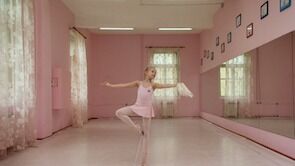 Accompanying the ‘Rehearsals’ exhibition is ‘The Lives of Other: Portraits from the Photography Collection’. This presentation of works from the Museum’s photography collection explores the interest many photographers have had in understanding how people present themselves to the world. The exhibition is organized thematically and includes an important new acquisition: Rineke Dijkstra’s Almerisa (1994–ongoing). The work is an 11-part series that follows the transition of a young Bosnian refugee as she adapts to life in the West and grows from a girl to a woman with her own child.

Dutch artist Rineke Dijkstra (1959) studied at the Gerrit Rietveld Academy in Amsterdam. Her work has appeared in many international exhibitions and biennials including the 1997 and 2001 Venice Biennale, the 2005 Sharjah Biennial, and the 1998 Sao Paulo Biennial. In the United States, a major retrospective of her work was organized in 2013 by the Solomon R. Guggenheim Museum, New York, and the San Francisco Museum of Modern Art. She is the recipient of numerous awards and lives and works in Amsterdam. Over the past 30 years, Dijkstra has produced a sensitive and eloquent body of photographic and video work. In her large-scale photographs and video installations, she is particularly interested in moments of transition, especially adolescence, a time when individuals build their own identities and begin to present themselves in the way they wish to be perceived. Known for her acclaimed photographs of bathers, adolescents Dijkstra met on beaches from Poland to South Carolina. Her subjects range from teenagers to mothers who have just given birth, bull fighters fresh from the ring and military recruits, to visitors and dancers in night clubs.

About the Milwaukee Art Museum

Home to a rich collection of over 30,000 works of art, the Milwaukee Art Museum is located on the shores of Lake Michigan. Its campus includes the Santiago Calatrava–designed Quadracci Pavilion, annually showcasing three feature exhibitions, and the Eero Saarinen–designed Milwaukee County War Memorial Center and David Kahler-designed addition. The Museum recently reopened its Collection Galleries, debuting dramatically transformed galleries and a new lakefront addition, with nearly 2,500 world-class works of art on view.