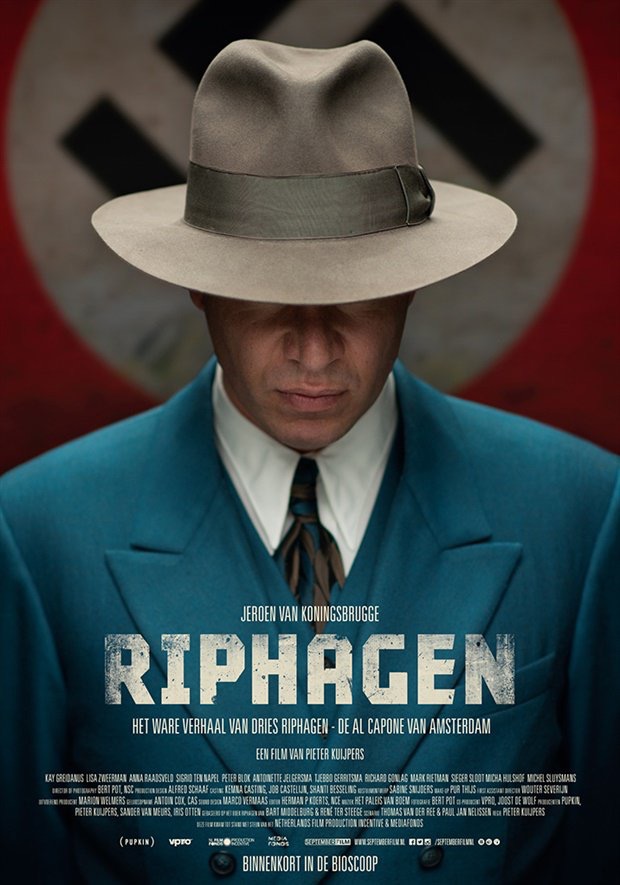 On January 23, the film "Riphagen: The Untouchable" will be screened at the Jewish Cinema Mississippi Film Festival in Madison, MS.

On January 23, the film “Riphagen: The Untouchable” will be screened at the Jewish Cinema Mississippi Film Festival in Madison, MS. The festival opens Tuesday evening with a showing of the Dutch film “Riphagen: The Untouchable”, a historical drama focusing on the infamous Dries Riphagen, a Nazi collaborator and fervent Jew hunter tasked with tracking down Jews in hiding and confiscating their valuables and Jan van Liempd, a young policeman secretly fighting alongside the Resistance, determined to bring the sociopathic war criminal to justice.

The story about Riphagen, a cunning Dutch traitor during WW2 who helped Nazi round up Jews, stealing their treasures for himself. He destroyed Resistance groups, making many who pursued justice after the war look like fools.

Since 2002, audiences throughout Central Mississippi have looked forward to Jewish Cinema South’s Jackson Jewish Film Festival, a partnership between Beth Israel Congregation, the Student Culture Organization at Millsaps College and the Goldring/Woldenberg Institute for Southern Jewish Life (ISJL). Jewish Cinema South was created by the ISJL to form a regional network of film festivals that highlight the Jewish experience. The Jackson festival shared with its sister cities the ISJL goals of educating the public, enhancing Jewish life, strengthening ethnic pride, promoting multi-cultural and multi-ethnic dialogue, celebrating diversity and encouraging and promoting tolerance and understanding.

Over the years, the Jackson Jewish Film Festival has showcased Israeli and Jewish-themed independent films, films that are shown in major Jewish film festivals around the world. Film choices have ranged from contemporary dramatic features, provocative documentaries, entertaining short subject films, comedies and archival selections. Many of the screenings included appearances by filmmakers, actors and individuals with special expertise on a particular topic. Over the years, the Film Festival has also brought thought-provoking films to local private and public high schools.

It has always been the goal of Jewish Cinema South to transition each participating film festival community from a jointly sponsored activity to an independent, stand-alone organization. Towards that end, Beth Israel Congregation and the Student Culture Organization at Millsaps have joined forces to sponsor a new film festival, JewishCinemaMississippi. This will continue the tradition of bringing important Jewish-themed films to the residents of Mississippi and honor the important contributions that the ISJL has made in helping communities start film festivals.