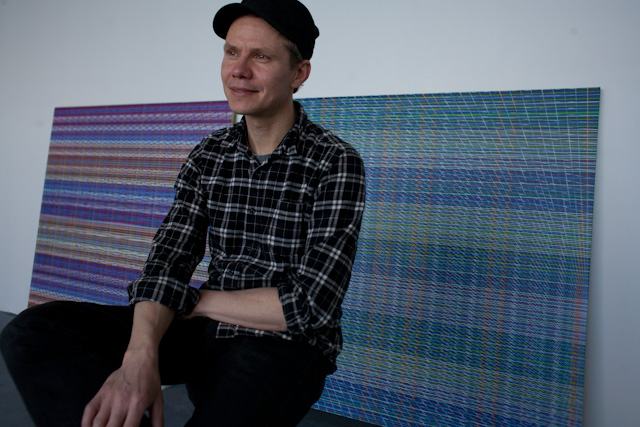 Dutch artist Rob de Oude exhibits work in several group exhibitions from February to June. You can see his work at DM Contemporary, at Pentimenti Gallery and at 1285 Avenue of the Americas Art Gallery.

Rob de Oude studied painting, sculpture and art history at the Hoge School voor de Kunsten in Amsterdam and SUNY Purchase, NY. He has shown in the US and abroad, notably at: Galerie Gourvennec Ogor in Marseille, France, Storefront Bushwick in Brooklyn, NY, McKenzie Fine Art in New York, NY, BRIC Rotunda in Brooklyn, NY, Galerie van den Berge in Goes, NL,  City Ice Arts in Kansas City, MO, and has participated in several art fairs in New York, Miami and Paris. De Oude has been featured a.o. in the NY Post, L Magazine, Artnet Magazine, NYArts Magazine, The New Criterion, Bushwick Daily, ARTNews and has been noted by Brooklyn Magazine as one of the 100 influential people in Brooklyn culture. He has his studio in Brooklyn, NY, and is co-director of Transmitter, also in Brooklyn, NY.

DM Contemporary represents artists who work in various media. The gallery’s program encompasses painting, sculpture, drawing, photography, and installation. It focuses on artists who have attained a level of excellence and innovation in their media, and whose work expands the conventional notions and transcends established traditions – resulting in visual expressions that are both unique and universal.

Between a place and candy: new works in pattern + repetition + motif

Norte Maar presents a major exhibition surveying new work in pattern, repetition and motif titled ”between a place and candy: new works in pattern + repetition + motif.” This exhibition continues Norte Maar’s mission of re-presenting and supporting the advancement of innovative and transgressive work of both emerging, mid-career and historic artists.
The title takes its cue from a poem by Gertrude Stein, who more than one hundred years ago was seeking a literary equivalent to cubism and attempted in her prose to “banish memory” to “articulate a continuous present where writing recreates itself anew in each successive moment.”

The work of these thirty artists should be seen through this early modernist lens.
In their individual way, each, like Stein, use individualized systems to push beyond a mere optical phenomenon, revealing a personal narrative that borders on fictional and real. This unique characteristic introduces new chapter in the history associated with the Pattern and Decoration movement of the 1970’s.

Pentimenti Gallery announces the opening of TERRITORY OF ABSTRACTION, a group show of works by twelve artists. TERRITORY OF ABSTRACTION will feature the work of artists that share an interest in geometry, color, pattern, and repetition. Yet, despite the material and optical similarities each artist approaches their work with a distinct purpose and context, commenting on a variety of subjects such as architecture, space, psychology, and illusion. When put together their work showcases the expansive nature of contemporary abstract art, and the potential content of relatively simple forms.