Rob Voerman in “Factory Installed” at the Mattress Factory

Rob Voerman is one of eight artists that have been chosen to present work in “Factory Installed” at the Mattress Factory starting September 18.

Rob Voerman is one of eight artists that have been chosen to present work in “Factory Installed,” a two-part exhibition at the Mattress Factory. Each of the artists has been asked to create a new room-sized installation that will demonstrate a unique approach to the creative process.  Voerman’s work will be on view from September 18. 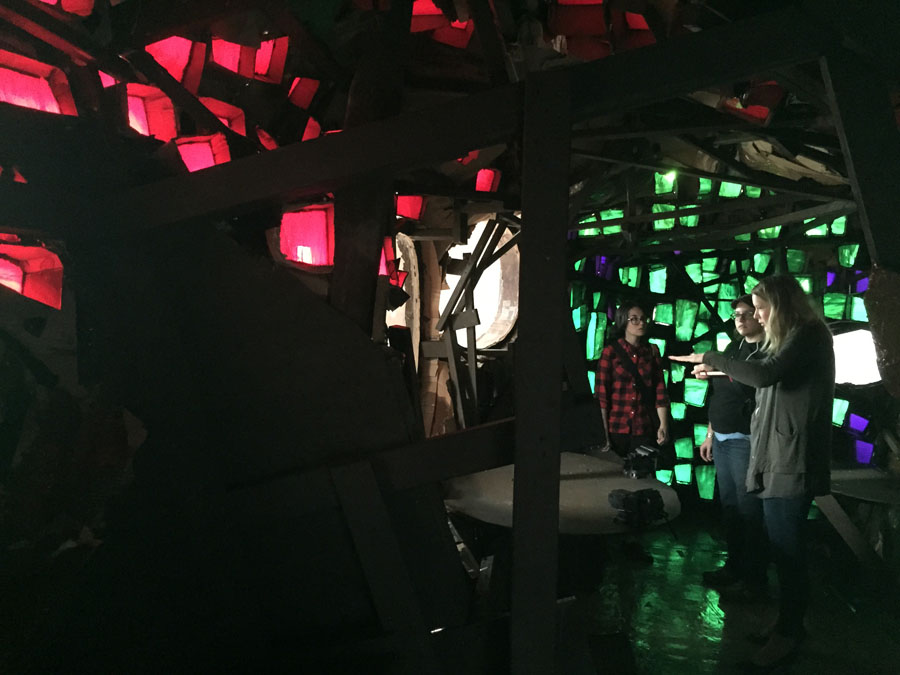 Rob Voerman’s work is part of the second part of the exhibition. He is known for creating post-apocalyptic structures from found materials that he describes as a mixture of utopia, destruction and beauty, bringing to mind caves, primitive huts and/or cathedrals. His installation at “Factory Installed” will reflect on one of Pittsburgh’s famous landmarks, the university building Cathedral of Learning and its nationality rooms. The work will consist of an altered fragment of the building with parasite architecture, which is when a building or structure is dependent on another structure for i.e. support or energy. Voerman’s work will be a small classroom resembling a capsule. The classroom has an undefined nationality and points and reflects to the future.

Since his graduation from The Art School, Kampen, Netherlands, Rob Voerman has exhibited all over the world including at the Hammer Museum, UCLA; The Generali Foundation, Vienna; the Architectural Association, London; and participated in residencies at the International Studio & Curatorial Program, NY. Voerman’s works are often defined by a dialogue between the old farmers-society and the modern technically developed society. His works thus question how societies have functioned, function, and will function in the future. It is often possible to interact with the installations Voerman makes; entering them, or sleeping, working, and drinking inside of them.