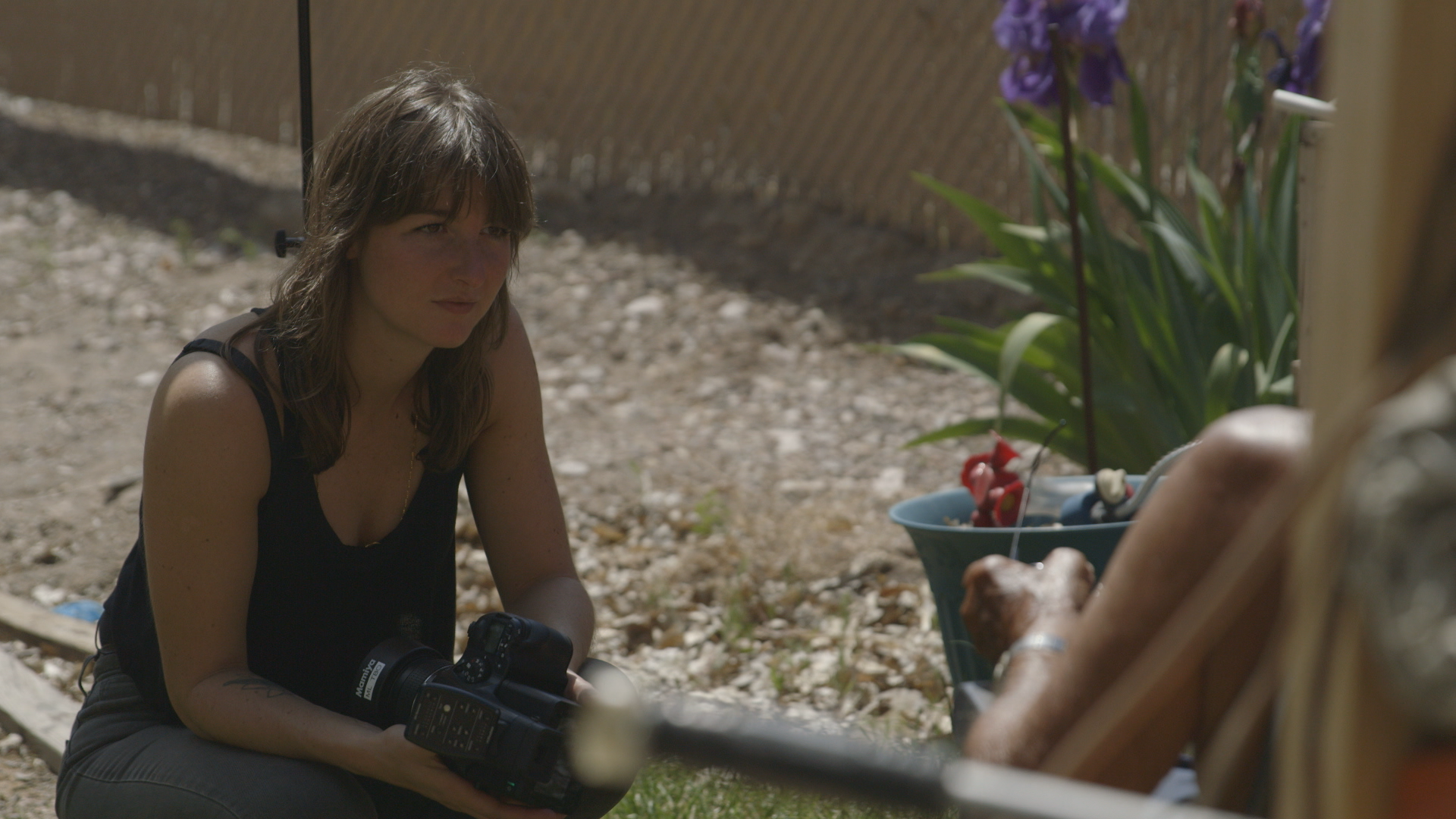 In 2015 Robin de Puy embarked on a 2,5-month road trip through America to fall back in love with photography. Director Simone de Vries and cameraman Maarten van Rossem followed her for two weeks. Robin de Puy is a successful young Dutch photographer. The last few years have been a never-ending series of prestigious commissions. But something does not sit right with her: Robin cannot decide for herself whom she is capturing. With a camera as her only luggage, she travels to Las Vegas where she starts her 8000-mile motorcycle road trip.

During her trip director, Simone de Vries and cameraman Maarten van Rossem visit her twice. Through their eyes we learn how Robin chooses her subjects, with her unique – sometimes brutally honest – view. The film is an intimate portrait that shows how Robin wrestling her anxiety and insecurities, but also how she is getting to know herself through her photography.

Robin de Puy graduated from the Fotoacademie Rotterdam in 2009. She subsequently won the Photo Academy Award 2009 and was nominated for various photography prizes. Her work is published in a number of national and international magazines, including New York magazine, Bloomberg Businessweek, ELLE, L’Officiel, Volkskrant, LINDA and much more. She lives and works in Amsterdam as well as in New York City.

The International Academy of Television Arts & Sciences is a membership-based organization comprised of leading media and entertainment figures from over 60 countries and 500 companies from all sectors of television including internet, mobile and technology. The Academy’s yearly schedule of events includes the prestigious International Emmy® Awards held in New York, The International Emmy® Kids Awards at MIPTV and a series of industry events such as Academy Day, The International Emmy® World Television Festival and Panels on substantive industry topics. The International Academy of Television Arts & Sciences recognizes excellence in television produced outside of the United States, as well as US Primetime programs produced in languages other than English, with the prestigious Emmy® Award. Currently celebrating programming across varied areas including Arts Programming, Current Affairs, Comedy, Documentary, Drama Series, News, Non-Scripted Entertainment, Telenovela, and TV Movie/Mini-Series, it also recognizes excellence in Performances, Kids programming and Digital.