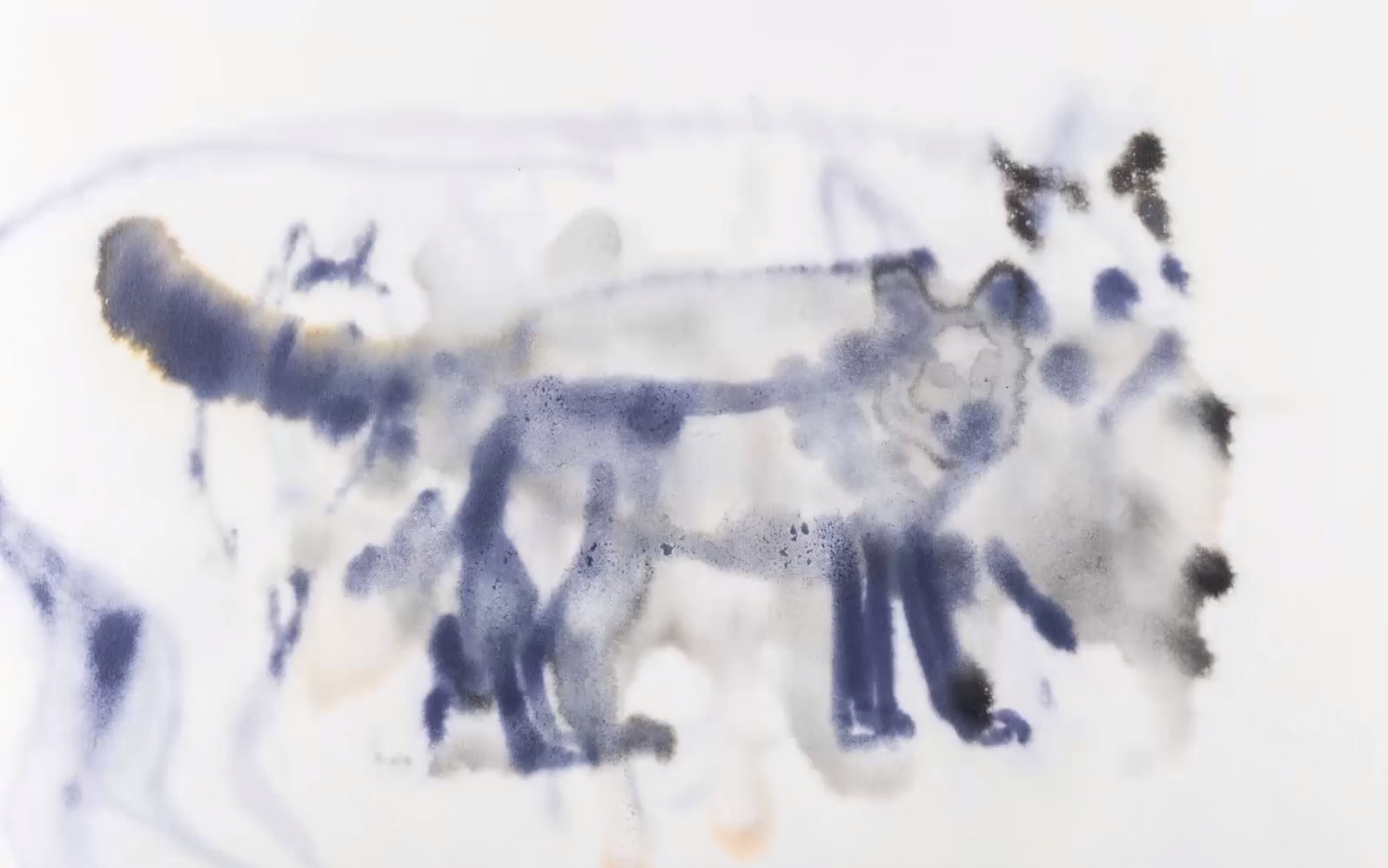 Taking off from where his award-winning animal books landed, Rop van Mierlo, together with producer Young Marco (Marco Sterk), recently released their animated short film, “Dances With Wolves”. The film is everything one might expect from Van Mierlo, a Dutch designer/artist with a unique and mellifluous aesthetic. Van Mierlo already has a strong reputation throughout Europe and the United States for his impressionistic paintings of animals. In this new film, he manipulates a new series of paintings into an animation all to hypnotic tunes by Young Marco.

The collaboration between the pair began back in 2014 when Sterk selected one of Van Mierlo’s iconic images to grace the cover of his critically acclaimed debut album “Biology”.

“The first time I saw Rop’s animal series I knew I wanted to eventually work with him,” says Sterk. "His naive yet direct approach felt very close to the way I was producing music.”

The film starts with hypnotizing images of ballerinas that morph quickly into familiar but amorphic animal shapes that spring in and out of the screen.

“I have tried to combine the good qualities of both painting and animation,” says Van Mierlo. “I can put a deep and direct emotion into a painting, but it is hard to give similar energy to an animation because it requires more self-control.”

To get the medium to fit more closely with his approach, Van Mierlo developed a new technique. He started with his usual method of painting on wet paper, using the blurry outlines of each figure to intensify the effect of each image blending into the next. Seen together, every single image in the animation works as a single brush stroke in a larger artwork. Hundreds of paintings were needed to create the almost- three-minute film and the project took over a year to complete.

Handmade, authentic and detail driven, Van Mierlo hopes for this project to touch a nerve in the current, crazy climate of speed and kneejerk reactions. “I hope this helps to counter the current focus on efficiency in contemporary cultural discourse,” he says.

“An immensely satisfying experience and further proof that less is always more. To call this purely eye candy perhaps sells it a bit short — the rhythm and the textures create a beautiful, melancholic feeling, like we're witnessing the last glimpse of a memory before it fades away completely.” - Jeff Hamada, BOOOOOOOM Editor

About Vimeo’s Best of the Year Awards

Vimeo, the world’s largest ad-free open video platform, unveiled enhancements to its Staff Picks Best of the Year awards initiative. For the first time ever, the platform has invited an external panel of celebrated industry leaders to serve as jurors in selecting the seven best Staff Picks of the year. Honouring the best films on Vimeo since 2008, the Staff Picks channel recently celebrated its tenth anniversary and currently features over 13,000 exceptional videos handpicked by Vimeo’s in-house curation team. Vimeo’s Best of the Year awards started in 2016 as a way to recognize and honour the best of the best Staff Picks and standouts in storytelling, originality and craft. New this year, an external jury of distinguished creators (including the 2017 winners for each respective category), industry experts and thought leaders will determine which of the nominated films best exemplify the categories and will be Staff Picks Best of the Year award recipients. Best of the Year categories include: Best of Action Sports, Best of Animation, Best of Comedy, Best of Documentary, Best of Drama, Best of Eye Candy and Best of Travel.

Young Marco’s 2014 debut album “Biology” is seen as his most accomplished studio work to date. For years Young Marco was considered one of the best-kept secrets in the Amsterdam dance scene. These days, the Dutchman’s talents are more widely known internationally. His position as a crate digger, record collector and infamous party-starter now guarantee a packed schedule in gigs across Europe, North America and beyond. He is also known as an accomplished remixer, is part of the cult ambient band Gaussian Curve and runs his own label Safe Trip. Sterk works and lives in Amsterdam.