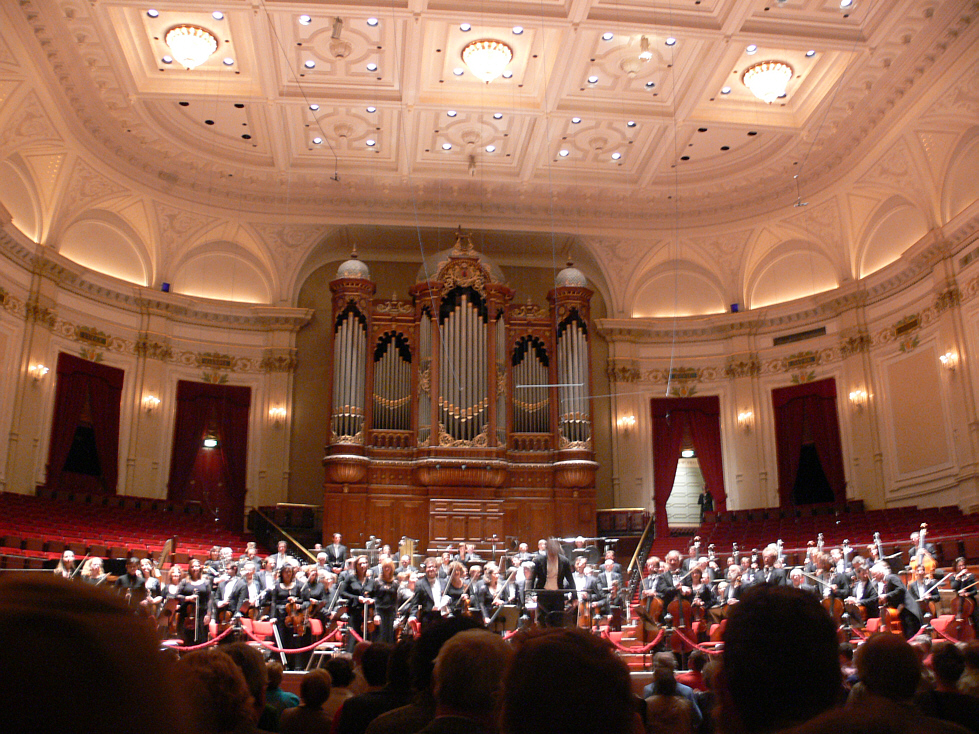 On January 17 and 18, the Royal Concertgebouw Orchestra will perform in the Carnegie Hall in New York

On January 17 and 18, the Royal Concertgebouw Orchestra will perform in the Carnegie Hall in New York.

Chief conductor Daniele Gatti is carrying on the Royal Concertgebouw Orchestra’s long Bruckner tradition. And not just in the Netherlands either. The orchestra will be performing Bruckner’s Ninth Symphony in New York and in Chapel Hill. The Concertgebouw Orchestra has made regular guest appearances in the United States since its very first American tour in 1954. And its ties with the US have grown even closer in recent years.

The Ninth is the last of Bruckner’s monumental symphonies. The final movement is unfinished, but the three completed movements are an astonishing tribute to God, his main source of inspiration. In addition to a deep sense of piety, this music expresses fear and despair, as Bruckner knew that death was at hand. The intense expressivity of the work makes it one of the most remarkable orchestral works ever composed, a tour de force for the musicians and a unique experience for the listener.

The concert opens with excerpts from Wagner’s Parsifal, the opera which Maestro Gatti conducted to great acclaim at Bayreuth four years in a row.

Chief conductor Daniele Gatti and star violinist Janine Jansen unite in Max Bruch’s First Violin Concerto on a concert at New York’s venerable Carnegie Hall. Bruch’s warm-blooded concerto fits Jansen like a glove. Listening to the work, with its sweetly flowing melodies and blazing solo passages, one would never know that it took the composer four years of frustration to write. Almost immediately after it was premiered, it was considered one of the most popular violin concertos in the repertoire.

Daniele Gatti and the Royal Concertgebouw Orchestra are pursuing their Mahler series with the First Symphony. At the premiere in 1889, the audience was ill-prepared for Mahler’s bold orchestration, but the symphony gradually gained in popularity. The Concertgebouw Orchestra, conducted by the composer himself, gave the Dutch premiere in 1903. Mahler was absolutely delighted, exclaiming, ‘The musical culture in this country is stupendous! The way the people can just listen!’

About the Royal Concertgebouw Orchestra

The Royal Concertgebouw Orchestra is one of the very best orchestras in the world. Time and time again, critics have lauded its unique sound, which clearly stands out among thousands of others. The RCO’s string section has been called ‘velvety’, the sound of the brass ‘golden’, the timbre of the woodwinds ‘distinctly personal’ and the percussion have an international reputation.

While the exceptional acoustics of the Concertgebouw, designed by the architect A.L. van Gendt, also play an important role in this respect, no other orchestra sounds like the Royal Concertgebouw Orchestra in the Main Hall.