Sabrina Starke will release her self-titled US debut June 3rd via Zip Records (Sony/Red.)  The “singer/soul writer” is one of Holland’s best known platinum selling acts with a sound that has translated across Europe. Her U.S. debut will also see Sabrina playing select shows in New York City in June.

Sabrina Starke’s latest album Sabrina Starke, was first released this past fall in the Netherlands to wide critical acclaim, and is her most personal album so far. The themes she writes about are self-awareness and dreams as she looks critically at herself and the world we live in. Sabrina Stake is the fourth full length of her career, but the first album she has produced herself and one which marks a huge progression in her musical development. 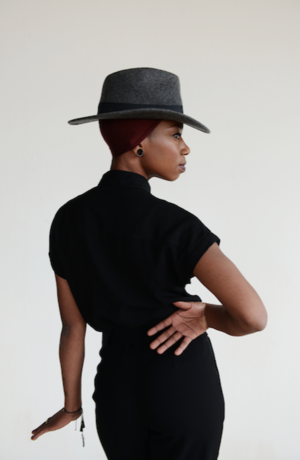 Born in Paramaribo, Suriname, Sabrina now resides in Rotterdam, Netherlands and cites her main influences as Nina Simone, Bill Withers and Tracy Chapman. She combines those with her own background and experience to create a sound that is funky, soulful, moving, sumptuous, and delightful resulting in Sabrina Starke being one of those rare albums that can be enjoyed on a Saturday night or a Sunday morning.

Winning a prestigious talent award in Amsterdam in 2006, Sabrina was invited to perform at the Apollo Theater in New York that same year. This became the springboard for her debut album and hit single “Do For Love” (2008). The album was released by Blue Note/EMI and remained in the album charts for 52 consecutive weeks and achieved Platinum status. Two years after the release of ‘Yellow Brick Road”, Starke’s successful second album “Bags & Suitcases” came out. Recorded in Miami and produced by Pete Wallace (Pink, Herbie Hancock), this was followed by the album “Outside the Box” and “The Songs of Bill Withers” (awarded “Best Album of 2013” by Radio 6 in Holland).

Sabrina Starke continues her musical and thematic path with some of the same soulful elements as always, but also a refreshing update of her love for funky beats and inspirational lyrics. When released in the Netherlands in late 2015, the album immediately went to #11 in the charts. In March 2016, it re-entered the charts and continues to be one of the top sellers in its category in the Benelux countries of Europe. A regular at the prestigious North Sea Jazz Festival, Sabrina was the first Dutch artist to be selected for the summer 2016 event.