From April 19 until 30, Tribeca Film Festival will feature one Flemish and one Dutch artist: Sanne de Wilde and Arjan van Meerten. Sanne de Wilde is a photographer and will show an immersive installation of a multimedia project, called ‘The Island of the Colorblind‘, at Tribeca Film Festival. De Wilde’s film and photography is a (Dutch/Flemish) collaboration with IDFA DocLab and the Brakke Grond. Arjan van Meerten is part of Kaleidoscope VR and will be part of the VR program at the festival with his film ‘Apex’.

About ‘The Island of the Colorblind’

De Wilde tries to explore issues as voyeurism and the concept of otherness- the way we view people and what that ultimately says about us. She conducts visual research inspired by fascination for how genetics shape and form people and communities. ‘The Island of the Colorblind’, a tropical island with an extraordinary high percentage of achromatopsia (complete colour-blindness) in Micronesia and ‘Samoa Kekea’ about a community with a high percentage of albinism in Samoa (Polynesia).

Achromatopsia is characterized by extreme light sensitivity, poor vision, and the complete inability to distinguish colors. In Micronesia achromats adapt to their reduced level of visual functioning (due lack of recourses like sunglasses and tinted lenses) by using visual strategies such as blinking, squinting, shielding their eyes, or positioning themselves in relation to light sources. Initiating my visual research in FSM De Wilde tried to find ways to envision how people with achromatopsia see the world. She experimented with different ways of photographing, trying to see the island through their eyes. ‘The Island of the Colorblind’ consists of three kinds of images; ‘normal’ digital black and white photos, infrared images and photo-paintings. Together they are symbolic attempts to visualize how the colorblind people see the world.

‘The Island of the Colorblind’ is a project by Sanne De Wilde. The project installation is co-produced by IDFA & de Brakke Grond. In collaboration with Katharina Smets & Duncan Speakman. With the support of Veerle Devreese, Caspar Sonnen, Lara Coomans Bart Burgman & Marc Barreda. 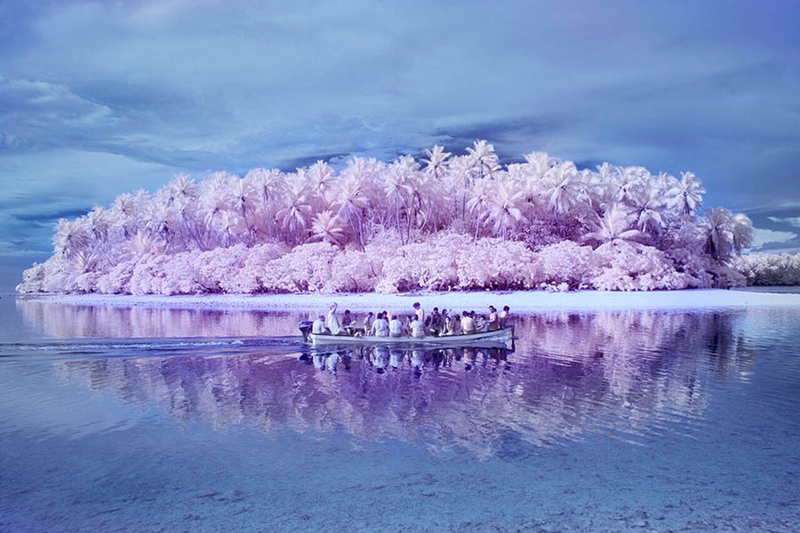 The stunning new experience from the brilliant imagination of 3D artist and musician Arjan van Meerten, APEX is the highly anticipated follow up to the creator’s acclaimed and award-winning experience, Surge. Step into a surrealistic and darkly beautiful vision of a fiery urban apocalypse; one populated by skeletal ghost animals, abstract shapes, maniacal smiling giants and, of course, you.

The Virtual Arcade, which debuted at the 2016 Festival, returns for 2017 to entertain, inspire and transport participants with a range of experiences from animated epics to post-apocalyptic landscapes.

“As VR has continued to evolve technologically, so has the storytelling. Our mission is to shine a light on those creators pushing the boundaries of the medium to move beyond the demo phase and deliver on the promise of fully realized stories and truly transformative experiences,” said Loren Hammonds, Programmer, Film & Experiential at Tribeca Film Festival.