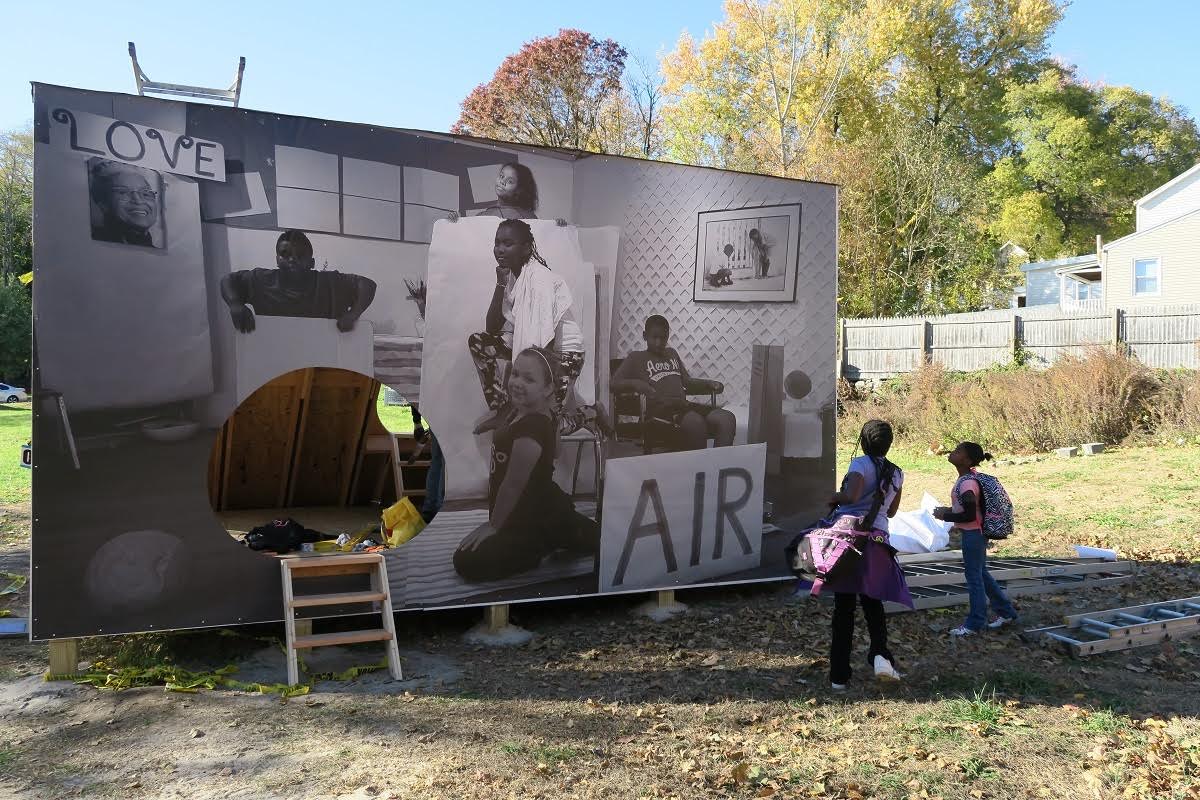 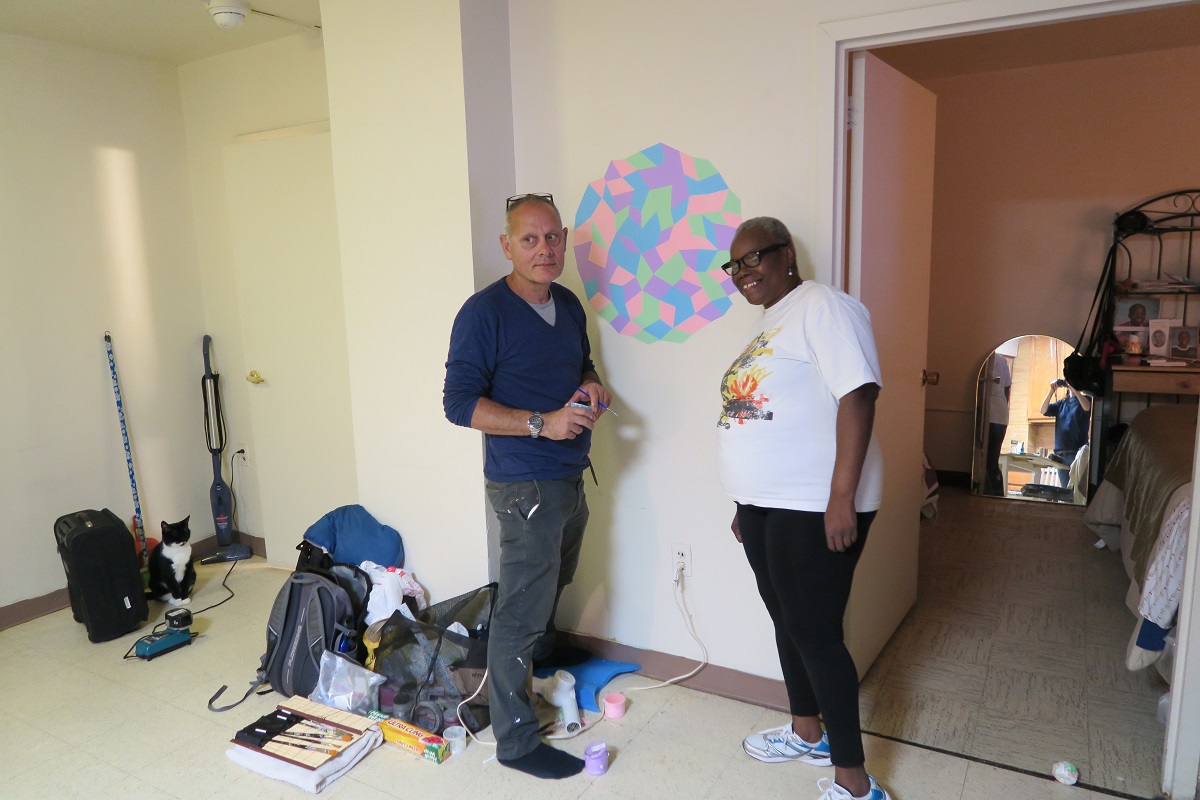 The first part of “Welcome Stranger” is a series of five abstract wall paintings in the homes of Peekskill residents. Janssen and Korsmit distributed flyers in which they announced they were giving away five wall paintings to people interested in having an original artwork in their home. The flyers were handed out in and around the Bohlmann Towers Housing Project. 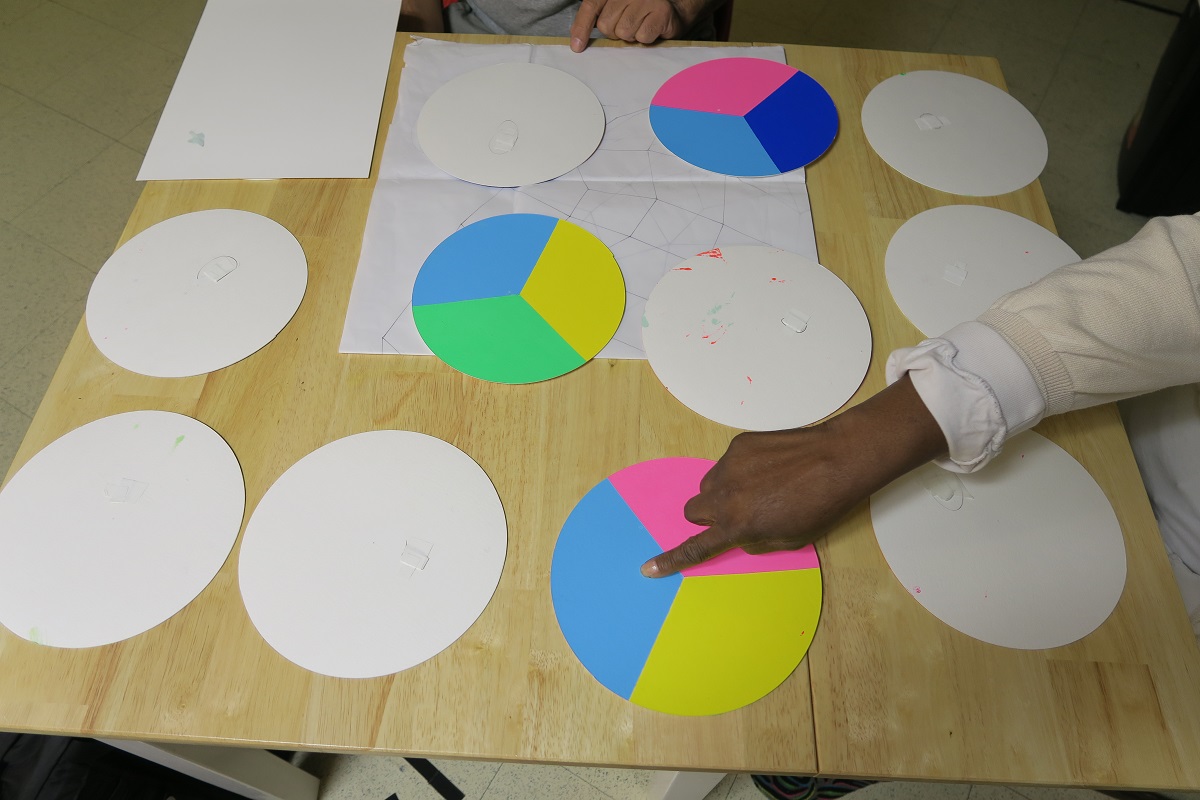 Each mural was produced in close collaboration with the resident. Size, shape and colors were decided by the resident throwing dice and ‘choosing blindly’. Korsmit immediately applied the outcome on the wall. Neither the residents nor the artists knew the outcome in advance and placed their trust in the unknown and in each other. Janssen documented the whole process of throwing the dice, choosing colors and painting in text and image, to be featured in an artist’s publication with the same title: “Welcome Stranger.”

The second part of “Welcome Stranger” is a site-specific sculpture in the public space, located at a field opposide the Bohlmann Towers. The artwork is a wooden structure with a stage, a billboard and mirror with a passageway and a covered space. The structure refers to two events in the African American history of Peekskill: the Underground Railroad and the Peekskill Riots. Though the nature of these two events was different, they share common themes of racism, tolerance, and welcoming ‘the other’ into a community. Janssen and Korsmit find these themes to be relevant always and everywhere, even now in the modern-day Europe that the two artists are from. 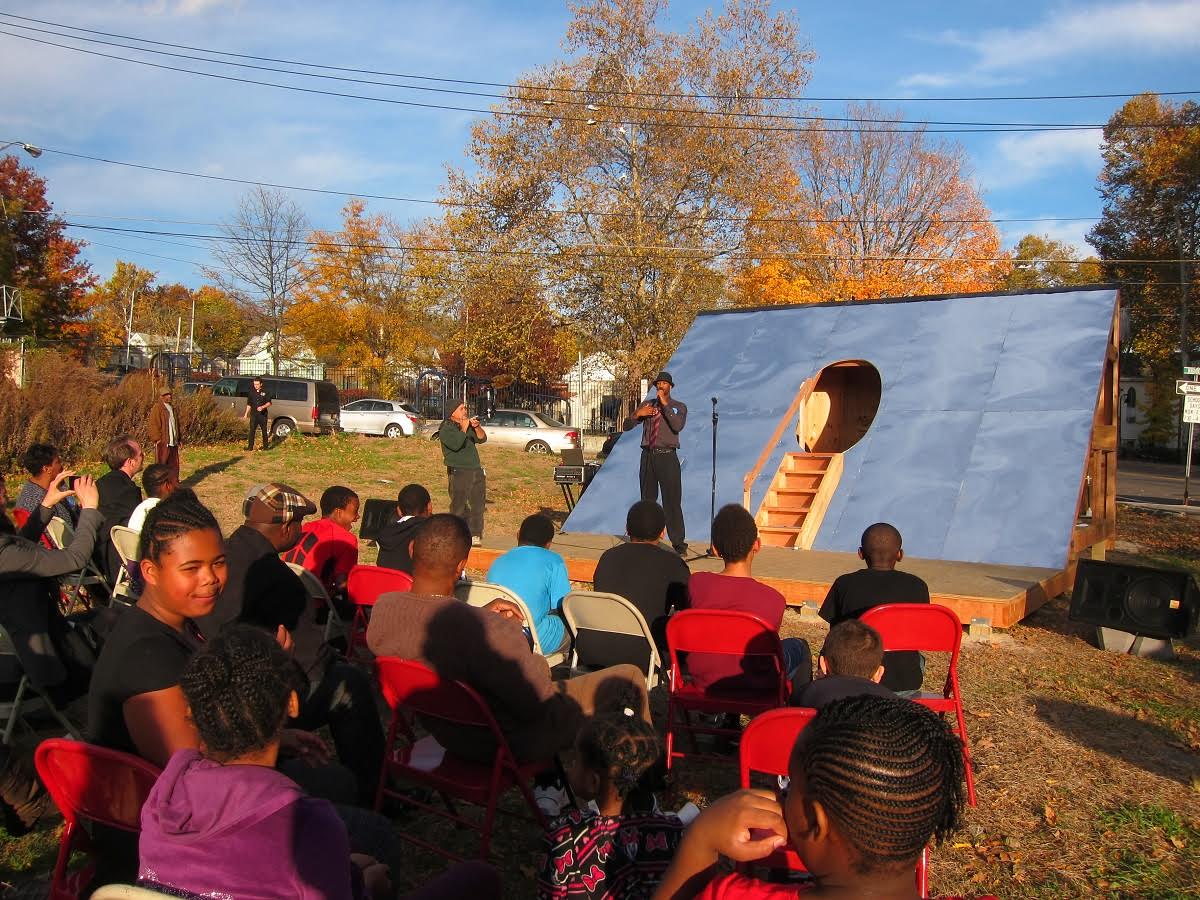 The billboard with the cylindrical passageway and the sheltered space refer to the Underground Railroad and to the Safe Houses. The opening in the mirror, in which the sky is reflected, is a reference to public space that is open to everyone, while the open stage refers to Paul Robeson and the Peekskill Riots. “Welcome Stranger” is meant to be used by the community of Peekskill. The billboard photo was produced in collaboration with several youngsters from the Youth Bureau.

Saskia Janssen mixes a variety of media with an anthropological approach in her socially engaged site-specific works. She has collaborated with a.o. sailors, nightclub singers, hard drug users, Buddhists, psychiatric hospital patients and inmates. Often to make visible, or materialize situations that are invisible at first. The outcomes of these collaborations have taken the form of installations, recorded albums, drawings, performances and printed publications. Together with George Korsmit, in 2005 she established The Rainbow Soulclub, an art studio in an Amsterdam shelter for long-term drug users. Since then, they have run a weekly program in the studio, often together with their art students.

Saskia Janssen (born 1968, ‘s-Hertogenbosch, The Netherlands) lives and works in Amsterdam. She graduated from the Royal Academy of Fine Art in The Hague and was a resident at the Rijksakademie in Amsterdam in 1996 and 1997. Janssen is represented by Ellen de Bruijne PROJECTS and currently teaches at de Gerrit Rietveld Academy in Amsterdam. From January through December 2015 she is a resident artist at I.S.C.P., New York

George Korsmit is a Dutch artist living and working in Amsterdam. Together with Saskia Janssen he founded the Rainbow Soulclub which involves weekly meetings and collaborative projects between artists, art students, and clients of Stichting de Regenboog (Rainbow Foundation). In his art Korsmit usually reduces his role to that of intermediary. His part in the creation of the work is limited to establishing a set of rules to follow. The outcome of his work is thus often unknown and unpredictable.

Saskia Janssen and George Korsmit in a panel discussion about their project “Welcome Stranger” and about artist and community as co-creators.