Saskia Janssen’s ‘Everything Is One’ at ISCP 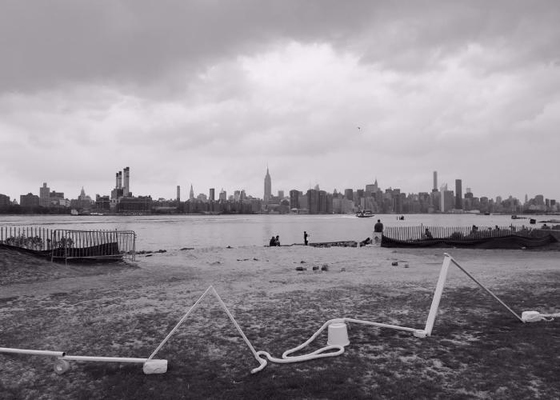 Saskia Janssen presents 'Everything Is One' at ISCP from July 8 to October 2.

On view from July 8 until October 2 at ISCP; ‘Everything Is One’ by Saskia Janssen. The opening reception will take place on July 7. The exhibition centers on a newly commissioned LP record of field recordings of human chants.

In conjunction with Saskia Janssen: Everything Is One, Tibetan Buddhist monk Geshe Tashi Dorje will lead a torma-making workshop on September 8. Tormas are traditional dough sculptures made by practitioners of Tibetan Buddhism, as ephemeral objects made for ritual practice. They are precisely created and then placed outdoors and often eaten by animals, symbolizing impermanence and transition. The main mental practice of tormas is to let go of attachment and to remove obstacles.

Geshe Tashi Dorje – who will lead the workshop – was born in Nepal and is the main ritual master of the Tibetan Community in New York.

Saskia Janssen’s exhibition ‘Everything Is One’ centers on a newly commissioned LP record of field recordings of human chants. During a visit to Tibet in 2014, she was struck by mantras chanted everywhere: in the streets, temples, caves, and markets. Most of these chants endeavored for peace, happiness, to generate compassion or to overcome obstacles, not just for those who chanted but also for all living beings. Since chanting is not allowed everywhere in Tibet, its pervasiveness is a kind of activism. As Janssen begans her ISCP residency in New York, she was touched by the similarity between the intent of activist chants in the streets of New York and the chanted mantras in Tibet, and their shared goals of justice and peace. Displaying a sound piece that combines the Tibetan and American Chants, Janssen will also present a photograph of a line drawing made with objects, and a line drawing that weaves across album covers installed on the wall.

Saskina Janssen (born 1968, ‘s-Hertogenbosch, The Netherlands) lives and works in Amsterdam. She graduated from the Royal Academy of Fine Art in The Hague and was a resident at the Rijksakademie in 1996 and 1997. Her exhibitions include ‘Diamonds in the Sky’, Museum Het Dolhuys, Haarlem; ‘A Glass of Water (Some Objects on the Path to Enlightenment)’, Ellen de Bruijne PROJECTS, Amsterdam; ‘The Dutch Identity?’, Museum de Paviljoens, Almere; And ‘Monument for Invisible Particles’. a commission for the Bonairian tax building for the Central Government Real Estate Agency. Saskia Janssen’s residency is sponsored by the Mondriaan Fund.

Saskia Janssen: Everything Is One is presented in conjunction with Ishu Han: Memory of Each Other. Although these exhibitions were independently conceived, many of the works in both exhibitions contemplate Buddhist ideas and forms in a contemporary world.

The exhibition will be accompanied by a fully-illustrated catalog available free to the public.