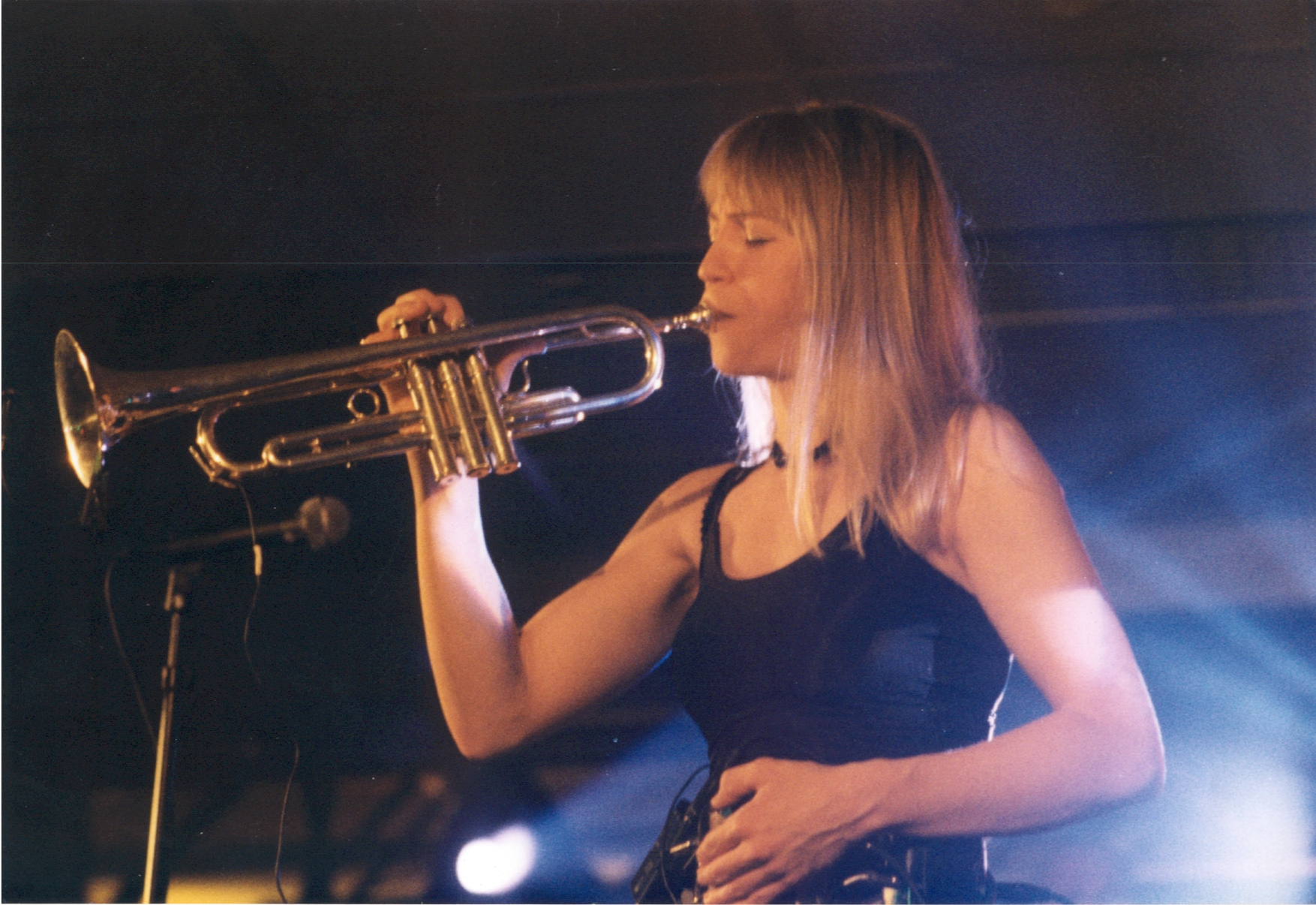 From August 7 until August 21, Dutch trumpeter Saskia Laroo will perform several times in the Connecticut area.

From August 7 until August 21, Dutch trumpeter Saskia Laroo will perform several times in the Connecticut area.

Saskia Laroo, hailed by American public and press at large as “Lady Miles of Europe”, is one of the few women trumpet stylists, blowing for more than three decades. Her first two shows she will perform with the Afro-Semitic Experience, who jazz critic Nat Hentoff described as a “lyrically powerful fusion of Jewish and jazz souls on fire.”   For the remaining three in the Hartfort, Laroo will collabrate with Warren Byrd, a pianist, vocalist and performer who describes himself as “drawing on his roots to build new sounds.”

Born July 31, 1959 in Amsterdam, Saskia Laroo began on trumpet at age 8, never dreaming of becoming a professional musician. That all changed when Saskia, turned 18, after briefly majoring in mathematics at University of Amsterdam switched her focus to a career in music. She worked extensively in various groups from this point, at first mostly on upright bass, though eventually, on both bass and trumpet; the trumpet became her main instrument. Saskia Laroo combines today’s music by uncontrived romps into new styles, eagerly limned as “nu jazz” or “swingin’ body-music”–a vivacious blend of hip-hop, jazz, salsa, funk reggae, and world, that many other artists dare not venture. Her artistry and her groove ring vibrantly and free on her seven albums journeying us through the music she has absorbed and plays from heart and soul.