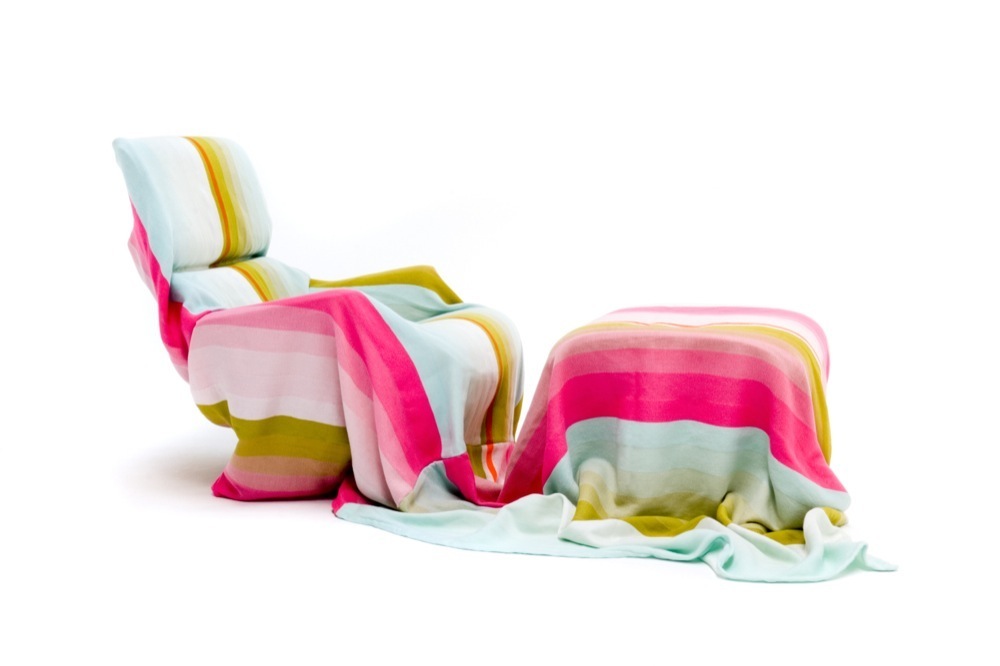 The Art Institute of Chicago is pleased to present '3 in 1: Contemporary Explorations in Architecture and Design' with work by Dutch designers Scholten & Baijings

From September 28, 2013 until January 5, 2014 the Art Institute of Chicago is pleased to present ‘3 in 1: Contemporary Explorations in Architecture and Design’ with work by Dutch designers Scholten & Baijings. Developed as three mini-exhibitions in one, these explorations into fashion, architecture, and product design illustrate the range of work in the museum’s architecture and design collection. The practitioners presented—fashion designer Issey Miyake, architect Greg Lynn, and designers Scholten & Baijings—are at the forefront of their respective fields and well known for using research, experimentation, and innovation to drive new forms of architecture and design.

Reality Lab, Issey Miyake Design Studio: 132 5 and IN EI
Japanese fashion designer Issey Miyake has developed a unique practice focused on experimentation in material, structure, and form. Miyake’s design studio, Reality Lab, has developed innovative products such as 132 5, a clothing line, and IN EI, a line of lamps for Artemide. Featured in this exhibition, these two product lines were developed around the concept of using origami-folding techniques to create two-dimensional geometric patterns that unfold to create voluminous forms.

Greg Lynn Form: Stranded Sears Tower
One of the pioneers of digital architecture, Los Angeles–based architect Greg Lynn was one of the first to explore computer programming as a vehicle for creative expression, and Stranded Sears Tower is one of his seminal projects. Asked to reenvision Chicago’s landmark building for a 1992 exhibition, Lynn separated the nine structural tubes of the Sears Tower into individual strands then reoriented these horizontally along the Chicago River to develop a new supple, fluid architecture. As Lynn is known as a promoter of the “paperless” studio, this project is even more significant in that it was his last project created entirely by hand.

Scholten & Baijings: Colour Installation
Dutch designers Scholten & Baijings take a disciplined approach to design, combining craft practices and industrial processes to rethink everyday objects. Through a masterful use of color, minimal forms, and material innovation, they have amassed a significant portfolio of projects over a period of 13 years. Designed specifically for the Art Institute, Colour Installation presents a spectrum of the firm’s projects, ranging from tableware produced by the Japanese artisan company 1616 / Arita to mass-produced textiles and furniture by Danish manufacturers Hay.

About ‘Colour Installation’ by Scholten & Baijings, with photographs by Scheltens & Abbenes

Designers Stefan Scholten and Carole Baijings are master colorists, as exemplified by a significant portfolio of work amassed in over a decade of collaboration. Having defined a distinctive career path in the contemporary field of design while borrowing from their Dutch heritage, the pair take a disciplined approach of combining craft practices with industrial processes to create output that speaks to the time in which it is made. With an acute expertise in manipulating color, they take an interest in material innovation and are also adroit at paring their work down to essential forms.

Colour Installation has been custom-designed for this exhibition and reenvisions the presentation of Scholten & Baijings’s work by making connections between their design practice and their multiple collaborations with artisans and manufacturers. The duo’s trademark virtuoso employment of color is illustrated here in the
multilayered assemblage of pieces selected from across the life of the studio. This includes Colour Porcelain, reimagined tableware for the Japanese company 1616 / Arita. Through a careful study of historic Japanese ceramics and color spectrums, Scholten & Baijings produced a collection born of Asian craftsmanship, yet infused with their quintessentially Dutch insight. Conjuring the color studies of artists such as Anni and Josef
Albers, coupled with an interest in both the handicraft and industrial manufacturing methods that brings them in line with such designers as Charles and Ray Eames, Scholten & Baijings have built a richly nuanced palate of color combinations that characterizes this work and extends throughout their portfolio of projects.

Scholten & Baijings’ unique approach has enabled them to manipulate discrete categories of design—from creating furnishings for the Danish manufacturer HAY to tables for the Japanese artisanal wood manufacturer Karimokou New Standard to a contemporary silver tea set for Georg Jensen, they move fluidly between art and design disciplines, artisanal and industrial processes to create a visually arresting collection born of history yet overtly of the current moment.

The large-scale images integrated into the installation to focus the eye on the exquisite detail and play of color in the work were produced by Scheltens & Abbenes, Dutch photographers and longtime collaborators of Scholten & Baijings. Commissioned specifically for this exhibition, the meticulously composed images capture specific moments and relationships and frame connections between the various lines in Scholten & Baijings’s work, all while emphasizing the pair’s ability to generate beautifully creative expressions of quotidian objects.