From May 3 until July 2, Sebastiaan Brajkovic will present his solo exhibition "LATHE" at the Carpenters Workshop Gallery in New York City.

For its first exhibition of works by Sebastian Brajkovic in New York, Carpenters Workshop Gallery will present ‘LATHE’, a culmination of work from this Dutch artist. From May 3 until July 2, Brajkovic’s designs are exhibited, that re-interpret 18th century furniture archetypes, transmuted through expressive and surreal forms, while integrating traditional techniques of master craftsmanship with new methods of technology. Through his choice of production processes and materials, Brajkovic simultaneously challenges the traditions he employs and responds to historical references with contemporary re-imaginings of form, technique, and aesthetic. ‘Lathe’ is comprised of several key pieces that further exemplify the evolution of the designers process, including ‘Fibonacci’ and ‘Slepinir’. 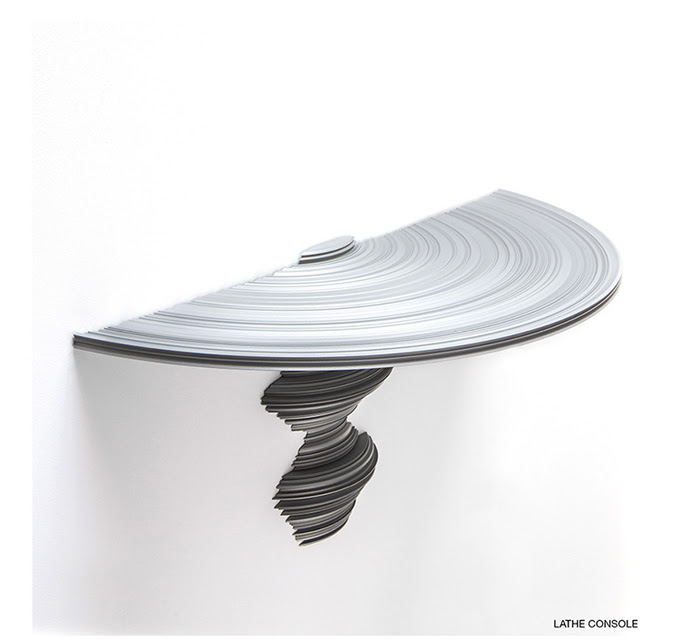 The exhibition invites us to adopt a perspective focusing on the tangible, the alive, the dynamic. An ideal that represents life. Sebastian Brajkovic’s creative process is thus a ‘work in progress’, an endless game, the journey from functional item to work of art: ‘‘My objects are sculptures, but at the same time they are perfectly functional in their design. In painting, I’m drawn to the ‘blurred effect’ and distortion, twisting, rather like Francis Bacon, who creates and then dismantles his subjects. At the moment, I want to create finished objects and show them in all their complexity. It’s an attempt to express perfection.’’

Sebastian Brajkovic investigates the notions of perspective and distortion of form through his sculptural furniture pieces. This interest in the rotation and skewing of an object originated from his childhood, when reel-to-reel tape decks and car wheels were such a source of overwhelming intrigue to the young Brajkovic that his parents wondered if he might be autistic (he was not). As he matured his fascination manifested itself in painting and sculpture, eventually resulting in the creation of the Lathe series of tables and chairs, which have been identified as a modern classic of design and reside in the permanent collection of institutions such as the Victoria and Albert Museum (London) and the Museum of Arts and Design (New York).

During this time, under the influences of tutors Gijs Bakker, Hella Jongerius, and Jurgen Bey (under whom he interned at Studio Makkink Bey), Sebastian Brajkovic began to develop a keen interest in the discrepancy between art and design. Exploring the possibilities of this point, where each medium begins to intersect with the other, has fuelled his practice ever since. Sebastian Brajkovic graduated from the Academy in 2006 with his project ‘Lathe’ and almost immediately created a huge impact on the design-art world. His pieces have found homes in some of the most significant private collections.

The ‘Lathe’ series, expanded for his first solo show at the Carpenters Workshop Gallery in 2008, returns to his original fascination with rotation. The Lathe tables at once illustrate and innovate the idea of turned furniture. The spinning motion of a lathe forms both the table’s creation and its decoration. The rotation is visible on the table’s exaggerated profiles and on the layers of concentric whirls that constitute its surface. Through his in depth explorations of the theoretical and the technical, Sebastian Brajkovic creates an aesthetic balance of structure, freedom and form. 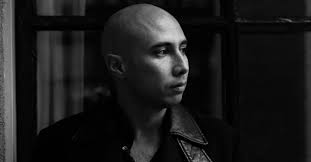 How do you feel about your first solo exhibition in New York?
For me New York is the home town of contemporary art. Here lives freedom! The city brings to my imagination everything from post-modernistic art to more radical interventions like Pop Art, Assemblage, Abstract art, Abstract Impressionism et cetera!

How is the exhibition different to ‘Vanishing Point’ that showed in Paris last year?
It will not be so different. However there will be new works among other pieces that were shown at the Paris show but it will all be entirely new for the American public.

What has been the feedback from collectors and those in the art and design field since this exhibition?
The feedback has been fantastic. We had some amazing coverage. It is great to talk about the work because I really like to give my thoughts a voice, reasoning and possibilities/impossibilities. It is always very encouraging and pleasing to see the work being settled in different environments, either more of a collectors habitat or an art-lovers space or a place where it will be used a lot like stores or hotel lobbies.

For your work Fibonacci, you worked with Maison Lesage on the embroidery. How has this relationship evolved?
I will be making more pieces with Maison Lesage because I really think it fits perfectly in the philosophy of my approach.

Tell us about the other artisans you work with across Europe?
My upholsterer and my bronzemaster are my hidden gems. They are wonderful and very important for the design and finishing touch of the pieces. They made my first pieces and I hope they will make my last.

Carpenters Workshop Gallery produces and exhibits functional sculptures by international rising and established artists and designers going outside their traditional territories of expression. The gallery relies on the partnership of childhood friends, Julien Lombrail and Loic le Gaillard. Carpenters Workshop is actively involved in the research and production of the limited edition works exhibited. It transcends classical borders in terms of art and design, as its proposal stands just at the intersection of these two universes, reaching precisely a symbiosis of art and design. The gallery’s choices are guided by the research of an emotional, artistic and historical relevance – relevance that appears as evidence.