From September 23 until January 2, Sebastiaan Bremer, Erwin Olaf, and Viviane Sassen will be part of the FotoFocus Biennial in Cincinnati

From September 23 until January 2, Sebastiaan Bremer, Erwin Olaf, and Viviane Sassen will be featured in ‘Shifting Coordinates’, a group exhibition at of the FotoFocus Biennial in Cincinnati.
The FotoFocus Biennial 2016, Photography, the Undocument is a month-long celebration of photography and lens-based art held throughout Cincinnati and the surrounding region. Featuring over 60 exhibitions and over 100 events,, the 2016 Biennial is anchored by eight major exhibitions curated by FotoFocus Artistic Director, Kevin Moore, questioning ­­­the documentary nature of photography. The Biennial Program includes four days of events and programming, featuring artist and curator talks, keynote lectures, tours, screenings, and performances to be held October 6–9, 2016. The Biennial brings together the community to celebrate October as the Month of Photography.

The three Dutch photographers are featured in an exposition that will be open until January 2.

Globalism, as an international economic and political movement, is made possible through technological advancements in travel and communications, shrinking the world’s geography and minimizing cultural differences. One result is an increased awareness of the randomness of distinct cultural differences—in terms of race, gender, and age—and the social laws governing individual identity. Incessantly projected and perceived on screens—phone, tablet, computer—the self is becoming increasingly fluid and fractured. Photography, experiencing its own shifts in behavior and identity through digital advancements of the past few decades, mirrors and abets globalism’s leveling hand by both documenting specific peoples and places and submitting them to the great charnel house of the internet, where context and image integrity are continually obliterated.

Co-curated by Kevin Moore, Artistic Director and Curator of FotoFocus, and Alice Gray Stites, Museum Director and Chief Curator of 21c Museum Hotels, Shifting Coordinates presents works by international artists that blur the boundaries between race, gender, age, location, and time in photographic representations of identity and the environment.

Sebastiaan Bremer (1970) attended the open studio program at the Vrije Academie in The Hague from 1989 until 1991. During his early years he meticulously reproduced personal photographs in paint. He received the Werkbeurs Grant from FBKVB in Holland and moved to New York in 1992, where he began to work primarily in black and white, reemphasizing his connection to photography. In 1994 he had his first solo show at Galerie Reisel, Holland, and began exhibiting in, as well as curating, group shows. He was an assistant to several artists in New York, and worked on the production for famous photographers Inez van Lamsweerde and Vinoodh Matadin from 1996 until 2000. In 1998 he produced Liza May Post’s film and photograph Trying. In that same year he attended the Skowhegan School of Painting and Sculpture, in Maine, where he began experimenting with murals, collage paintings, and drawing directly on photographs, the style that he continues to use today. In 2001 he had his solo debut, Veronica, at Roebling Hall, New York.

Bremer’s work is part of several important collections in the US and abroad, including the Victoria & Albert Museum, London, the Museum of Modern Art, New York, and the Berger Collection in Zurich. Bremer’s artwork has been exhibited, among others, at the Tate Modern in London, the Brooklyn Museum of Art, MoMA PS1, New York, and at Het Gemeentemuseum, The Hague. Bremer has been a visiting artist and guest lecturer at Virginia Commonwealth University in Richmond, Virginia, Cooper Union, New York, The Royal Danish Academy of Fine Arts, Copenhagen, the University of Vermont, and the School of Visual Arts in New York City. 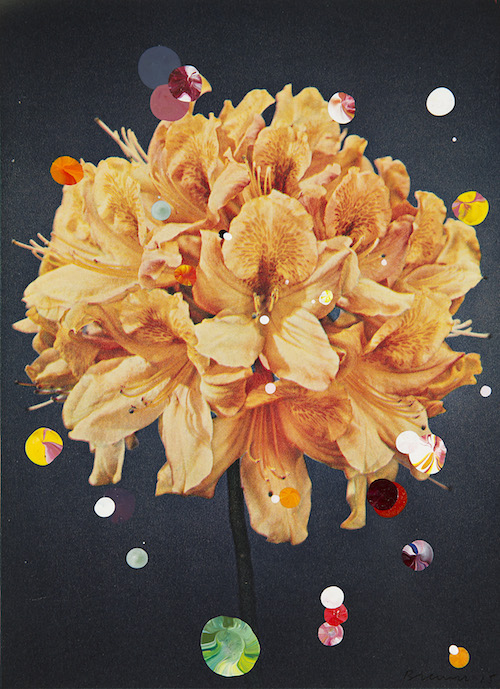 Viviane Sassen (1972) first gained notice through her striking color photographs in which form and content balance on the edge of abstraction. Some of her earliest memories are of life in Kenya, where she spent three years as a child. When her family returned to the Netherlands in 1978, Sassen was troubled: “I didn’t feel like I belonged in Europe, and yet I knew I was a foreigner in Africa.” Ten years later, at age sixteen, Sassen revisited Kenya and has been traveling and working in Africa ever since. The photographs in this exhibition are from UMBRA, a new, multifaceted body of work in which shadow is often a metaphor for the human psyche. The human figure, the body, and the pose are major classical and artistic themes in her work; however, her play with realism and abstraction, which confuses our perception and leaves meaning open, is uniquely modern. Sassen compels us to reflect on the realistic character of photography by emphasizing the spectacular and poetic aspects of her work. Her work has been shown internationally, and she has published numerous books of her photography. She received first prize at the 2007 Prix de Rome, was featured in the central pavilion of the 2013 Venice Biennale, and was included in “New Photography” an exhibition at the Museum of Modern Art, New York, in 2011.

Erwin Olaf (1959) is a Dutch photographer known for his highly stylized, daring, and often provocative work addressing social issues and taboos. He is the recipient of numerous awards, including the Johannes Vermeer Award (2011), a Lucie Award (2008), and Photographer of the Year in the International Color Awards (2006). His work is shown in museums and galleries around the world. Olaf also received a commission to design the new national side of the Dutch Euro, launched in 2013. His art implicitly visualizes the unspoken, the overlooked, that which typically resists easy documentation. Olaf’s trademark is to address social issues, taboos and bourgeois conventions within the framework of a highly stylized and cunning mode of imagery. With the aid of his razor-sharp aesthetic intuition, Olaf purposely conceals his themes so that the viewer unconsciously and initially accepts the concealment found in his photo series. Yet in the end, his unconventional style never fails to deliver dramatic visual and emotional impact. By providing scenic and striking design, along with the utmost perfect composition in his typical, immaculate ‘OWN’ style, combined with his passion for conceiving flawless scenarios, he vividly captures the essence of contemporary life. Erwin Olaf has won many international prices, exhibits in galleries and museums across the world, and has published many successful photography books.