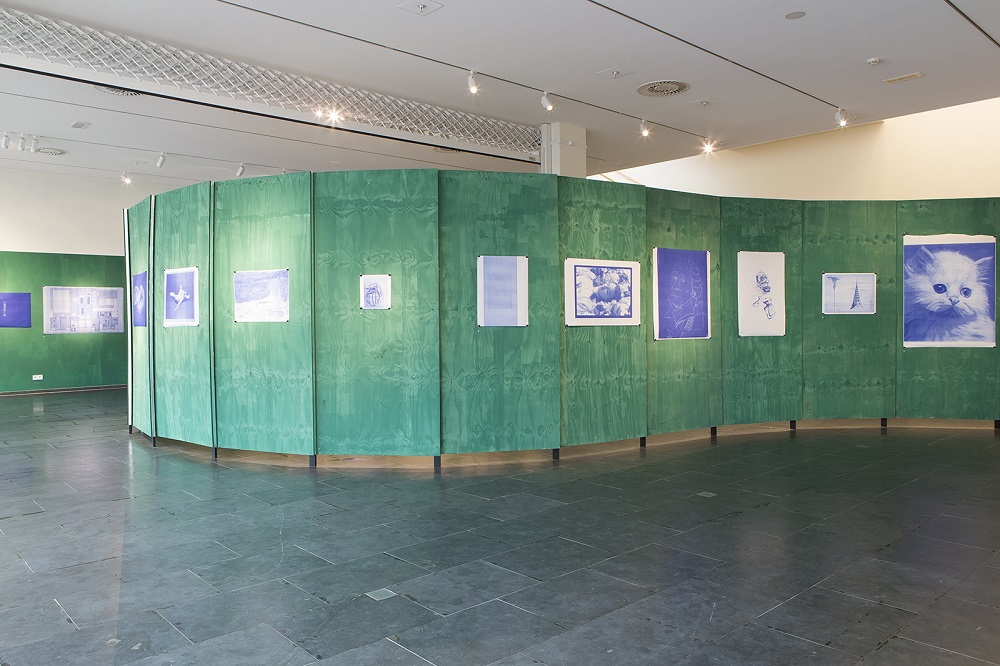 For MOCA Bas-Relief (Mike-Papa-Bravo) Sebastiaan Bremer will present  “Frankenstenian” replications of early to mid twentieth century sculpture, often by Picasso or Brancusi, which are then built out with paint and plaster. Existing in both the past and the present, these wall pieces act as an investigation of sculpture’s inherent three-dimensionality, as well as addressing the way in which it is flattened out when represented in two-dimensional photographs.

Blueprint unites artists and architects with wide-ranging and disparate practices under a single, uniting theme: using the “blueprint” module to explore the origin of their practice.  First conceived in 1999, the exhibition was a low-budget, DIY effort by and about a group of emerging artists (“ambitious and broke” artists, in the words of curator/artist Sebastiaan Bremer).  A decade and a half later, the artists’ practices have matured, and Blueprint remains a fascinating recent historical document and a record of the artists’ creative trajectory and evolution.

Sebastiaan Bremer was born in Amsterdam, The Netherlands, in 1970. He attended the open studio program at the Vrije Academie in The Hague from 1989 until 1991. During his early years he meticulously reproduced personal photographs in paint. He received the Werkbeurs Grant from FBKVB in Holland and moved to New York in 1992, where he began to work primarily in black and white, reemphasizing his connection to photography. In 1994 he had his first solo show at Galerie Reisel, Holland, and began exhibiting in as well as curating group shows. He was assistant to several artists in New York, and worked on production for the photographers Inez van Lamsweerde and Vinoodh Matadin from 1996 until 2000. In 1998 he produced Liza May Post’s film and photograph ”Trying”. In that same year he attended the Skowhegan School of Painting and Sculpture in Maine, where he began experimenting with murals, collage paintings, and drawing directly on photographs, the style which he continues to use today. In 1999 he finished his first large scale ink on C-print drawing entitled 10 AM-PM. In 2001 he had his solo debut, ”Veronica”, at Roebling Hall, New York. Bremer’s work is part of several important collections in the US and abroad, including the Victoria & Albert Museum, London; Museum of Modern Art, New York; Los Angeles County Museum of Art; The Zabludowicz Trust, London; The Rabobank collection, The Netherlands; AKZO Nobel collection, The Netherlands; Lodeveans Contemporary LLP, London; and the Berger Collection, Zurich. Sebastiaan Bremer’s artwork has been exhibited at the Tate Modern, London; the Brooklyn Museum of Art; The Aldrich Museum, Connecticut; MoMA PS1, New York; and at Het Gemeentemuseum, The Hague. He has had solo exhibitions at Air de Paris; Galerie Barbara Thumm, Berlin; Roebling Hall, New York; James Fuentes, New York; BravinLee Programs, New York; Hales Gallery, London; Mia Sundberg Galleri, Stockholm; Edwynn Houk Gallery, New York and Zurich; and Het Gemeentemuseum, The Hague. He was an artist in residence at Het Vijfde Seizoen in the Netherlands in 2009. Bremer has been a visiting artist and guest lecturer at Virginia Commonwealth University in Richmond, Virginia; Cooper Union, New York; The Royal Danish Academy of Fine Arts, Copenhagen; the University of Vermont; and the School of Visual Arts, New York City.