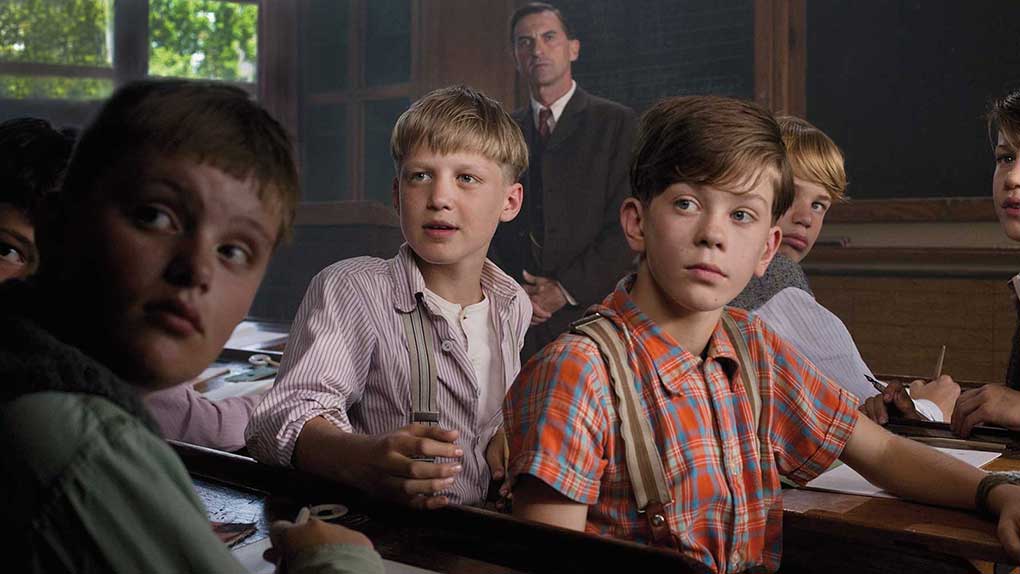 Secrets of War, directed by Dennis Bots, was selected for the Tiltshift Festival

Secrets of War (Oorlogsgeheimen), directed by Dennis Bots, was selected for the inaugural edition of the Tiltshift Festival, a film and media arts festival organized and programmed by teens dedicated to presenting work for a teen audience. The film will be screened on April 25 at the SLC Main Library.

About Secrets of War

Tuur and Lambert are best friends in a Nazi-occupied Dutch village who pass their days playing soldiers and exploring local caves, mimicking a war that seems far removed from their everyday life. When Maartje joins their class, the young girl immediately stands out as different from her classmates. Yet the boys embrace their new friend, forming a unique bond based on shared adventures, secrets and mischief. Ultimately, the realities of war find even them – Lambert’s father, a Nazi sympathizer, is named mayor of their town and Tuur discovers his own father and brother have joined the resistance, instantly putting the two boys at odds. Meanwhile, Maartje is hiding a secret of her own, one that not only threatens to tear the new friends apart, but could lead to devastating consequences for anyone involved in keeping it. Secrets Of War puts both the danger and the humanity of wartime friendships squarely on the shoulders of three children who must face extraordinary circumstances with a maturity far beyond their years.

Utah Film Center, in partnership with Spy Hop and SHIFT, is launching the inaugural TiltShift Festival, a film and media arts festival organized and programmed by teens dedicated to presenting work for a teen audience. TiltShift is the first festival of its kind in Utah and runs April 24-26, 2015. The festival kicks off with an invitation-only Opening Night event at The Leonardo on April 24, film screenings and workshops will be held at the Salt Lake City Main Library April 25-26. Admission to all TiltShift films and workshops is free.

Planning for the festival began in early January 2015 when the Utah Film Center and Spy Hop put out a call for applications from teens interested in being part of an organizing committee dedicated to shaping, planning and implementing the festival. From over 30 applicants, nine were selected to help program the film lineup and create interactive workshops, market the festival, and work on festival operations for the three-day event under the mentorship of Patrick Hubley and Carly Nelson (Utah Film Center) Josh Samson (Spy Hop) and Kelly Schaefer (SchaeferDesign).

In addition to the films and workshops for teens, SHIFT is offering a free, intensive, three-hour workshop for middle school and high school educators to learn the essentials of how to integrate digital media arts and filmmaking into the classroom on Saturday, April 25, 2015. Interested teachers can apply at www. tiltshiftfestival.com. Earlier this month, SHIFT and Spy Hop launched the six-week Adobe Youth Voices Film Camp where 10 teens with filmmaking experience are currently producing short films that will be presented as part of one of the short film programs during the festival.